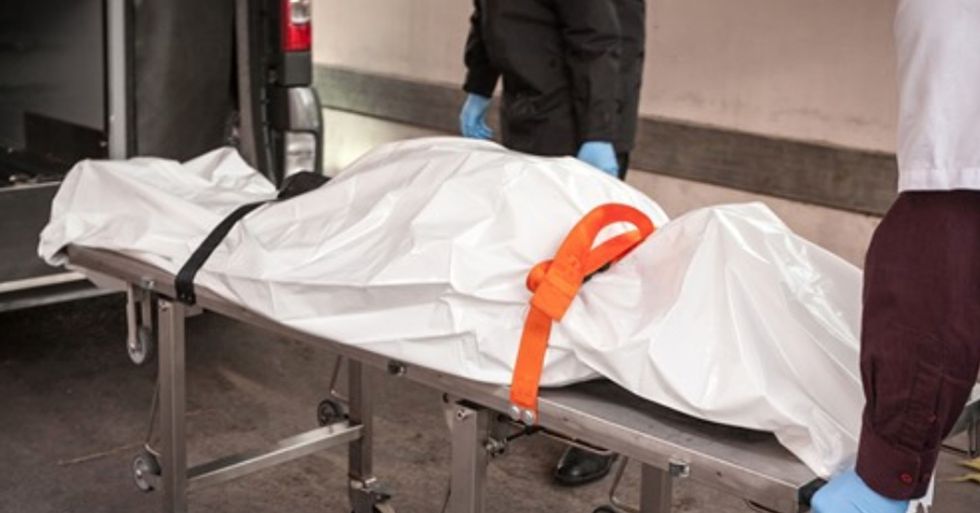 In a nightmare come true, a woman woke up to find herself zipped inside a body bag after being pronounced as dead by her doctor.

I know what you're thinking... How does this happen?!

Well, there's a pretty bizarre explanation for it all. Keep scrolling for the full story...

A morgue is certainly up there as one of the most dreaded.

Those with slightly darker minds may have worried, or simply wondered, about what it would be like to wake up in a morgue.

But, for one unfortunate woman, this nightmare became a reality.

A mother in Paraguay has miraculously "came back to life" after her doctor had pronounced her as dead... And zipped her up in a body bag.

It sounds completely horrifying, doesn't it?

How on earth can you mistake a living, breathing human for a corpse? Well, here's the explanation...

Gladys Rodríguez de Duarte had been suffering from ovarian cancer.

The forty-six-year-old had been admitted to the San Fernando Clinic in Coronel Oviedo on Saturday morning after experiencing a severe spike in blood pressure, reports local newspaper ABC Color.

But, upon arrival at the clinic...

Duarte's health took a sudden turn for the worst.

A mere 2 hours later, she was pronounced as dead.

No information has been released as to why her treating physician, Dr. Heriberto Vera, presumed his patient to be dead, but it happened, and she was swiftly carted away to the funeral home.

Her family was given the devastating news...

Her husband and daughter were handed the official death certificate, which stated that she had died from cervical cancer.

But, while her family grieved the loss of a mother and a wife...

Things were going a little pear-shaped over at the morgue.

It's a miracle... Or a horrendous medical error. Either will do.

As the undertakers were transporting what they assumed to be Mrs. Duarte's corpse...

They suddenly noticed movement from inside the bag.

The newly "resurrected" woman was instantly rushed back to the hospital.

Where she currently remains in a “delicate but stable" condition, according to local media. I think anyone is bound to feel "delicate" after that ordeal...

Needless to say, this outrageous medical blunder hasn't sat too well with her family.

And they believe that the "mistake" was in fact done on purpose. Her husband, Maximino Duarte Ferreira, has reportedly filed a complaint against the doctor, claiming that medics purposefully announced her passing because they no longer wanted to treat her.

It has become quite the scandal.

“He assumed she was dead and handed her naked to me like an animal with her death certificate," her husband fumed to local media. He also claimed that “they disconnected her and passed her off to the funeral home" without even trying to revive her.

But, of course, her doctor is denying any foul play.

“He tried to revive her, but it was unsuccessful," said fellow physician Dr. Catalino Fabio, adding that Vera was unable to locate Duarte’s pulse. As for how she was mistakenly pronounced as dead, she speculated that the patient may have suffered from catalepsy, a condition characterized by muscle rigidity and a complete lack of response to outside stimuli, according to Science Direct.

And some are arguably much worse. Keep scrolling to read about the surgeon who mistook a routine procedure for a full-fledged circumcision...