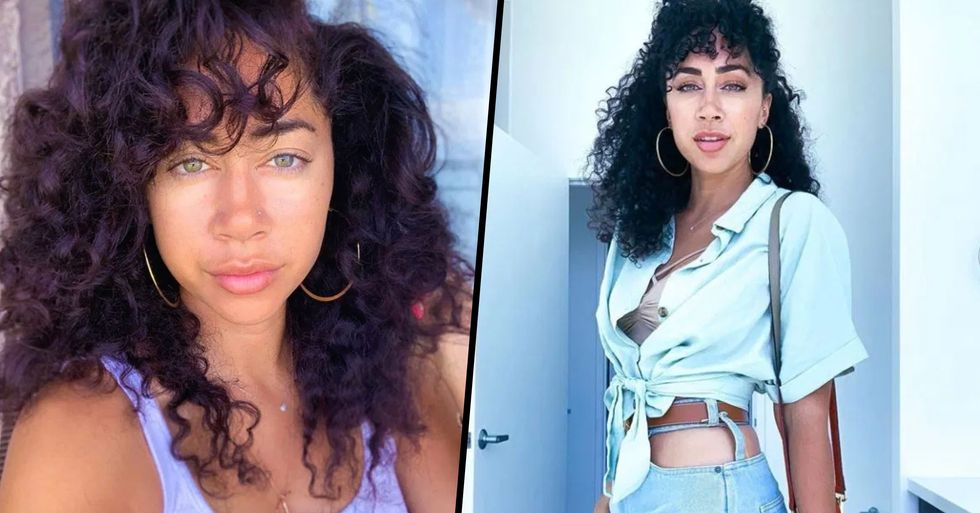 One woman is using the power of her "special scent" to attract people on a night out.

The sexologist believes it can help any woman struggling to get a man on a night out.

I don't think I could ever do it.

We've all heard of pheromones.

When it comes to the mysterious substance, opposites definitely attract. Well, that's what the scientists say anyway.

They have found out that people with a certain type of gene prefer people with opposite pheromones to themselves, and this is all down to biology.

A recent study from a Swiss group found that people can sniff out this genetic difference, without even realizing they're doing it.

Some scientists don't believe this claim.

A New Mexico study claimed that when women are at their most fertile time of the month, they will prefer the smell of the fittest looking man.

The sweaty Tshirt experiment was originally conducted in 1995 by Claus Wedekind. He wanted to find out why humans are attracted to certain people.

But what is the "sweaty T-shirt" experiment?

This is all according to evolutionary scientists.

There is a specific reason subtle chemical signals, or pheromones, have been known to draw people of the opposite sex together.

Claus Wedekind, set up a test of women's sensitivity to male odors.

The volunteers - 49 women and 44 men - were selected for their variety of gene types (sex hormones). He gave the men clean T-shirts to wear for 2 nights and then return to the scientists.

Can't think of anything worse.

The women volunteers were asked to come in, one at a time, and sniff the T-shirts. Their task was to describe each odor, writing down the intensity, pleasantness, and sexiness.

It turns out the women do prefer the scents of T-shirts worn by men with contrasting genes from their own.

The results suggest that evolution has provided humans with a built in mate detector. I have to admit, I'd much rather go out for dinner. Keep scrolling to find out the lengths one woman has gone to, to attract a partner.

No one forgets their favorite perfume on a night out.

Whether you apply copious amounts of fake tan or change your outfit 5 different times before being ready to go out, there's one thing we all make sure we do before going on a night out...

Everyone wants to smell good.

Nobody wants to be that smelly person dancing alone in the club. There's always one!

One woman has taken things to a new level.

She has revealed that she uses a "signature scent" before heading out.

What is her "delicious scent"?

The sexologist Shan Boodram claims that people can't keep their hands off her when she wears the scent made from her... Wait for it...

She has written about this phenomenon in her book, The Game of Desire.

She has worn it several times over the years.

Boodram says how people often "flock to her" when she wears her natural scent.

Boodram wanted to test her theory on other women.

She asked 3 of her clients to take part, to see if their copulins - chemicals secreted by the v**ina - would attract more people.

Boodram outlined her expectations of the experiment.

She wanted to see if they got more attention from people in a crowded bar after they applied their "perfume".

Boodram got the 3 women to come to the toilets halfway through the night.

She wrote: "I instructed them to wash their hands, get in a stall and then move their finger around their v**inal opening. The goal was to get a sample from the Bartholin's glands, which are the size of a pea but play a large role in v**inal lubrication". She then asked them to apply "a good amount of wetness" on their pulse points and around their neck.

Boodram's clients reported that they didn't have any more luck with men than they would normally. Although she sticks by her claims that the scent makes women "act in a bolder, more confident manner," which could be why women appear sexier. She concluded, "I am certain that every single time I employ it, it makes me feel like an enchanted goddess with a delicious scent..." I'll take her word for it.