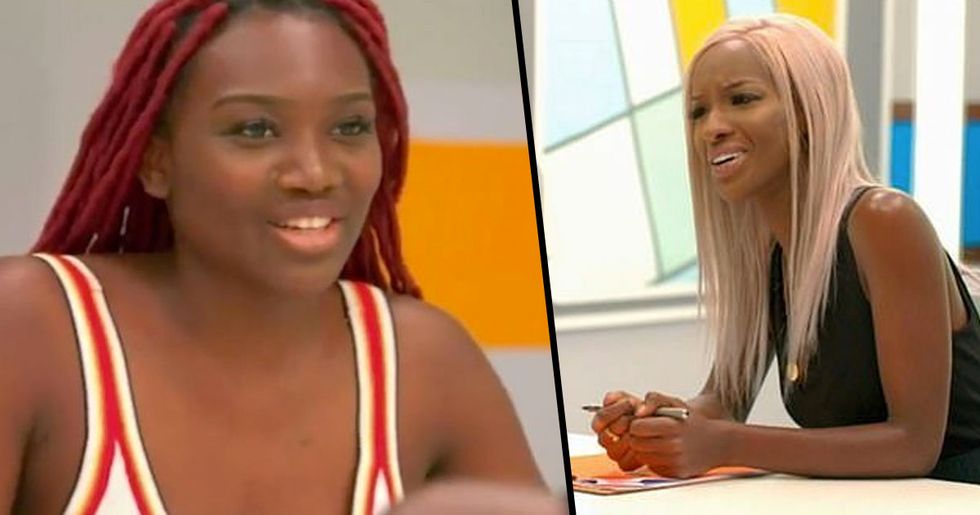 For viewers who enjoy being shocked (and have a particularly strong stomach), UK television show The S*x Clinic is extremely compulsive watching. If you're into hearing about alarming pains, odd growths and unpleasant odors, this is the show for you. But even the most hardcore viewers were left shocked by a recent patient.

We recently shared the story of a man who hadn't washed his private parts in his twenty-four years on earth - and now, we think we've found his soulmate in another visitor to The S*x Clinic. A woman went in complaining of a strong smell and abnormal discharge, which she believed to be the result of an STI.

However, when questioned on her personal hygiene regimen, it appeared the issue may have another cause. The woman revealed she didn't have a great track record with her lady bits-care routine - and her excuse left viewers horrified.

For most people, washing is part of their daily routine.

Whether it's a quick shower or a long, luxurious soak in a bathtub, getting your body all squeaky clean is pretty much a given necessity.

But it's more than just an opportunity to get clean.

Taking a shower is a great opportunity to get some valuable thinking time - or to just enjoy belting out some of your favourite songs.

But even if you don't really feel like it, showering isn't exactly optional.

It's not only necessary for the good of your health, but for the consideration of those around you, too!

But what about when personal hygiene becomes a medical issue?

Things have to be pretty bad in order to take a dislike of showering all the way to a doctors office.

But when it comes to your... private areas, things can get bad, fast.

Looking after your private parts is an important part of health and well being, and should never be overlooked.

Luckily, there are options out there.

There are many free health clinics available to help you keep your junk in check. Whether it's hygiene, contraception, or STIs, there are professionals out there to help.

Most of these clinics are a private affair.

But, in the UK, there's one incredibly public forum to discuss all things downstairs. The S*x Clinic is a popular TV show on E4.

It's a place where members of the public can come to discuss all things intimacy.

It makes for oddly captivating television - although, we have to question exactly why anyone would want to air their dirty laundry in this extremely public forum.

As you may expect, the show always gets people talking.

It's put together with the most shocking, unusual, and out-there queries, for your viewing pleasure.

And one such incident happened on the show this week. Viewers could hardly believe what they were hearing - and took to Twitter to discuss.

A patient called Nunu entered the clinic on Monday.

She had a varied list of symptoms - but all were things you wouldn't typically share in public, let alone broadcast on national TV.

Nunu was seeking medical help with a private problem.

She was having issues with her private area, and wanted a second opinion on exactly what was going on.

Clearly, it was something she was worrying about.

And we're all for eschewing embarrassment in favor of getting the right medical care you need.

We just have one question.

If the issue is particularly embarrassing, then why on earth would you want to take it onto a popular television show?

She discussed the issues she'd been having with the TV show's resident nurse, Sarah. Nunu believed she was suffering with BV, or bacterial vaginosis.

Nunu complained of a certain scent.

As nurse Sarah discussed the different symptoms of BV, one stuck out to Nunu - an unpleasant "fishy" aroma. 'That's how I know, because of the fishy smell,' Nu Nu admitted.

Nunu also made a shocking admission.

She told nurse Sarah that she often "forgets" to wash her lady bits - which is what has triggered her BV outbreaks in the past.

Nunu suspected she may have caught a STI.

She claimed she had tried to take a vow of celibacy after having her heart broken, but then finding herself unable to resist.

Especially following another recent story of a man who didn't properly clean his private parts for twenty four years. Hey - maybe they're soulmates!

Others found it odd how open Nunu was being.

It's one thing to be totally candid with your doctor or health professional - but to do on national TV is quite another.

Some pointed out the irony of Nunu's name.

For international readers, "noo-noo" is a British slang term for your lady parts. Some thought the story was almost unbelievable.

Although some weren't as shocked as others.

People laughing at Nunu forgetting to wash her vag from time to time, are also some of the people who use soap prod… https://t.co/RsulywkjW1
— OLONI BABY (@OLONI BABY)1550596127.0

Unlike the man's private parts, the woman's is somewhat self-cleaning. Over-washing it can cause just as many problems as neglecting the area entirely.

She told Nunu to make sure to wash either with plain water, or a specifically designed, pH balanced wash. Overly harsh soaps and perfumed products can cause much more harm than good.

Nunu herself took to Twitter to defend her position.

She claimed the stories had got it wrong - she doesn't "forget" to wash her lady bits on an everyday basis. Rather, she occasionally neglects to do a full cleanse post-intercourse.

Nunu claims it's the lack of post-coital washing that has caused her issues.

They claimed the media mocking of Nunu's name was unacceptable, and hugely racially insensitive.

However, Nunu was not unknown to some viewers.

It appears Nunu has dreams of reality television stardom, and has made many attempts to get onto our screens before. Indeed, Nunu runs a YouTube channel designed to shock, and her Twitter bio proclaims her the, "UK's most controversial woman."

Some think her attention grabbing is disrespectful.

Indeed, it does seem as though she's willing to grab for attention by any means necessary - even if this means talking about her lady bits on national TV.

Nunu had a full health checkup during the episode.

She seemed visibly nervous about the results, but was relieved to find her test came back without any issues.

And hey, if nothing else, Nunu's learned a valuable lesson.

She's also helped educate the world about health and hygiene by being so candid. In a way, we have to respect Nunu for that.