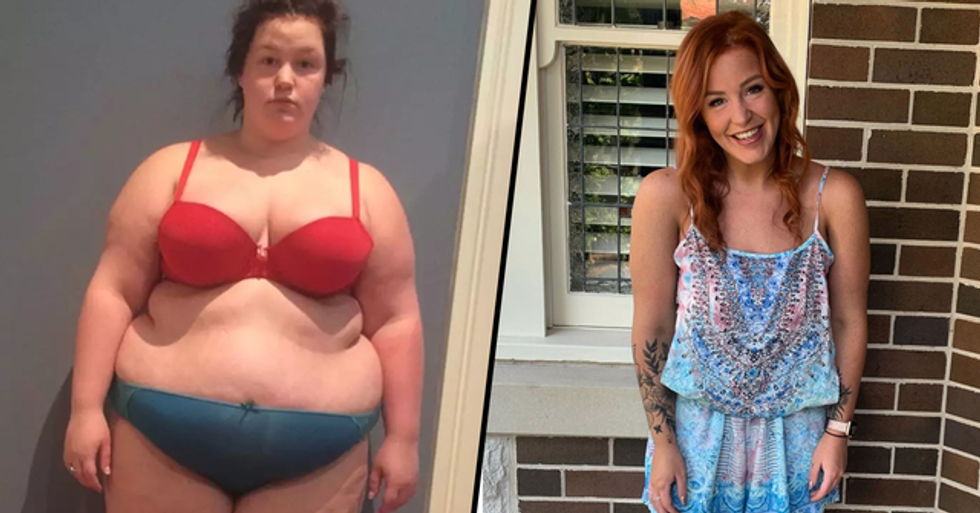 Woman Who Lost 168 Pounds Plans to Appear in Beauty Pageant

A woman on a grueling weight-loss journey decided to document her progress online and, today, she looks completely unrecognizable... So much so that she's even planning to compete in a beauty pageant.

This is Alida Elizabeth Dreyer.

Or, should I say, this was Alida Elizabeth Dreyer.

In the last couple of years, Alida has been on a grueling weight-loss journey.

Alida, a professional services worker from Sydney, Australia, has battled with both her weight and her health ever since she was a child.

She has suffered from a number of different health issues throughout her life...

There is also a history of obesity in her family...

So she believes that this, combined with her already existing health conditions, was the primary reason behind her unhealthy weight.

And, as a result of this weight, she was bullied relentlessly throughout school...

Understandably, this took an even worse toll upon her mental health.

Alida says that she was diagnosed with depression at the age of just twelve-years-old.

She admitted that, at this time, her diet was "very poor" and she would consume up to 5,000 calories per day.

In an interview, she said: "I gained my weight steadily between the ages of 6 and twenty-three. At the age of ten, I weighed over twelve stone. (168 pounds)"

"I was eating 6 slices of toast for breakfast with hot milo [chocolate drink], and then I would have a carb-heavy lunch such as pasta or Mac and Cheese." "Dinner would be meat, vegetables, and carbs such as rice or pasta again and my portions would be extremely big."

She and her boyfriend at the time were trying for a baby...

But she struggled to conceive naturally, with doctors warning that her weight and other underlying health conditions would make it increasingly difficult to get pregnant. Alida continued: "I was at a very low point in my life, at the age of twenty-three I was morbidly obese and unable to do the basic things that anyone should be able to do. I couldn't walk more than 100m without being sore."

So Alida decided to make a change.

Just days after visiting the fertility clinic, Alidia ended her unhappy relationship with her then-boyfriend and decided to make a drastic change to her lifestyle.

She committed to a new diet and exercise regime...

And, with the help of a gastric sleeve surgery in 2017, the weight started to drop off.

Her journey was documented on her Instagram page, the accurately titled "half_of_alida."

Alida's appearance started to transform before our very eyes.

Alida is completely unrecognizable and has managed to maintain a healthy weight of just over 140 pounds.

Of course, her journey hasn't been a smooth one...

And she has had to undergo several surgeries to remove excess skin.

It's been a long and difficult road.

As well as having a gastric sleeve fitted, Alida also had a breast lift along with reduction and implants, a lower body lift with an FDL, plus a back lift, 2 separate arm lifts, and thigh lift, liposuction to her calves, revision of a scar and a second thigh lift.

But it has all been worth it.

She couldn't be happier.

And now, she has decided to take her new-found confidence to the next level.

Alida has signed up to compete in the World Beauty Fitness and Fashion competition next year.

She will compete in the transformation division. But, most of all, she wants to be an inspiration to others battling with their weight.

On her incredible achievement, she said:

"My biggest tip is that it is okay to slip up and make mistakes, we are human and that is normal. I never understood how much I was missing out on when I was obese. I thought it was natural and normal to feel sore and tired all of the time. Now I have so much energy and I don't just survive, I thrive!" Congratulations, Alida! For more incredible weight loss stories, keep scrolling...