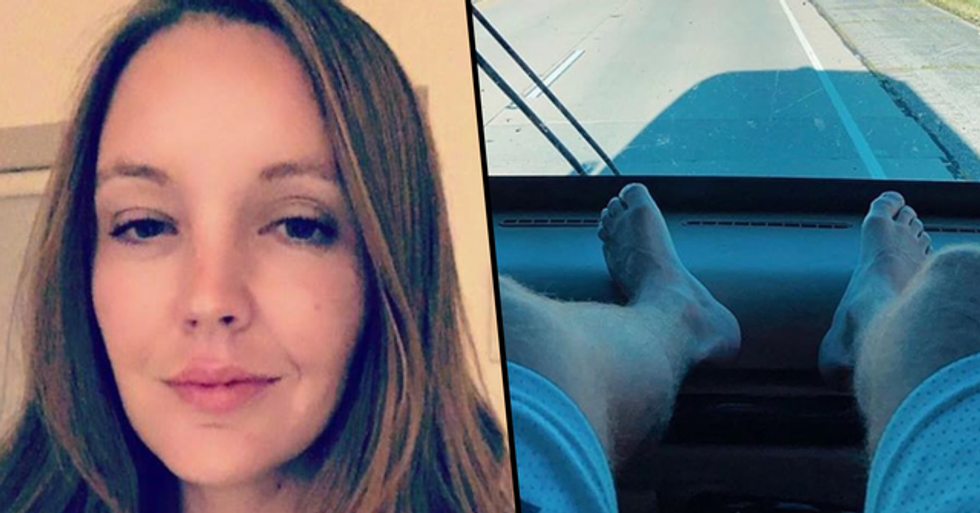 In those moments, when a car collides with something, the force alone is enough to kill. But do you ever think about the way that you seat yourself in a vehicle? Because turns out, it's pretty crucial.

As was the case for thirty-five-year-old Grainne Kealy, who broke every bone in her face as a consequence of the way that she was sitting when her boyfriend’s car collided with a wall. It was an incident that left her permanently changed. Now Kealy is trying to promote car safety, warning people not to do what she did - and has some celebrities set in her sights.

This one decision would change Kealy's life forever.

To assure her well-being, Kealy's doctors had to remove her forehead. The photos of her after her surgery are truly shocking...

And it seems her tireless campaigning is achieving its aims!

...As Kealy has won 2 awards for her activism.

"No idea what’s taken me so long to put these up but oh what a day that was!"

"Never in my wildest dreams did I ever think something like that would happen to me... to say I am still honored by receiving not one but two awards is an understatement."

"Believe it or not, telling my story is something I have never found easy but that day will always be one I will think of when I need a reminder to stay going and keep my head up."

"Would have been lost without you that day @crlireland."

"Anastasia and Brian, I wouldn’t have been there without you... THANK YOU Xx"

But her campaigning continues.

With her latest post calling out Justin Bieber and Cardi B. "The latest celebs to post that dreaded photo that makes my heart break a little bit more..." Hey, we've learned our lesson - thanks Grainne!