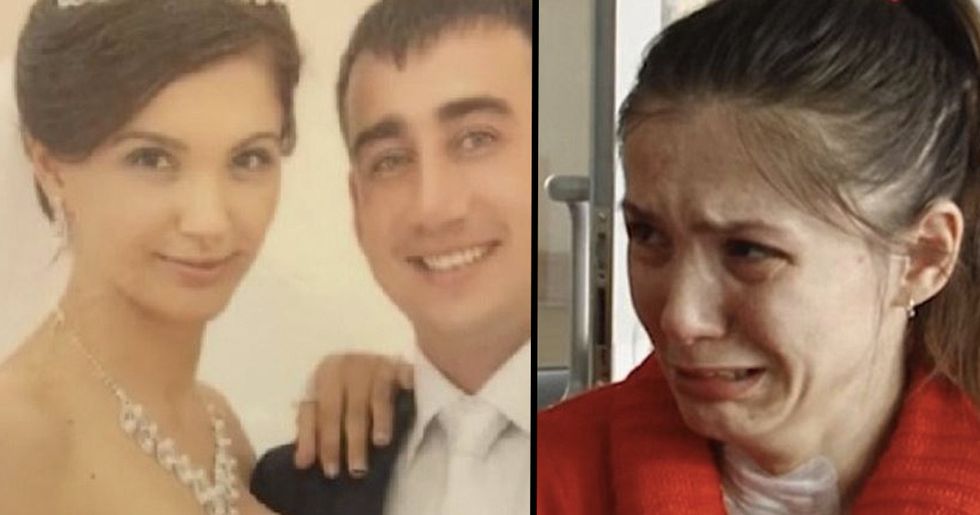 Did you know that Alzheimer's and head injuries aren't the only sources of memory loss? There are a number of ways you can develop memory loss, be it short or long term. And one woman from Russia, Veronika Mescheryakova, suffers from a rare disease. As the disease progressed, she began to lose significant short-term memory. Now, she forgets one heartbreaking thing every single day.

Keep scrolling to read Veronika's story, and learn more about the type of memory loss that affects her. Remember, there are signs to look out for when it comes to memory loss and there are many ways to keep your mind sharp. The more we know, the healthier we can be!

Conditions that affect memory are devastating.

There are a number of factors that can cause it, from head injuries to alcohol and drug abuse, chronic medical conditions, and developmental diseases.

Here's the one we're talking about:

One such memory-affecting disease is called Porphyria. It's quite rare, affecting roughly 1 in every 10,000 people.

It's got a specific cause.

Porphyria is the result of high levels of porphyrins (natural chemicals found in the human body). High levels of it can result in problems with either the skin or nervous system– and sometimes both.

One woman has a terrible case of the disease.

Veronika Mescheryakova is a 29-year old living in Russia, suffering from acute Porphyria.

This means that her symptoms are even worse than the norm, and short-term memory loss is one of those symptoms.

She can't remember that her husband divorced her in November of last year.

She's has a version of events within her memory.

Every day, she wakes up thinking that her husband has gone to work, and waits for him to come home.

But he never comes.

So every night, her mother is forced to break the news to her all over again, and it never gets easier for either of them.

Local news made a report on Ms. Mescheryakova. As you can tell from the still image above, they captured her just as she was being told about the divorce– for perhaps the hundredth time.

Her mother is also heartbroken.

It's terrible for Mescheryakova's mother to tell her daughter about the divorce day in and day out, but she does; there is no way to bring her memory back.

There was a time before the memory loss set in.

Mescheryakova knew she had Porphyria when she and her then-husband got married, but the symptoms had not yet set in.

It isn't clear why her husband left.

But, considering that Mescheryakova requires constant care, it's not hard to imagine that he was unable to deal with the responsibility that came with taking care of her.

A few years ago, Mescheryakova underwent surgery to try and alleviate her symptoms. Unfortunately, the surgery did not work.

Now, she has additional complications.

Mescheryakova now also suffers from partial paralysis, in addition to forgetting the major points of her life.

She has arranged for Mescheryakova to undergo physiotherapy, in hopes that she may be able to walk on her own again one day.

There's no cure, but improvement is possible.

Mescheryakova will always have porphyria, but specific treatments and changes in lifestyle can certainly dampen the disease's symptoms.

Veronika's story is moving to everyone who reads it.

The young woman has received an outpouring of online support, and those supporters have been sharing their own experiences with similar conditions.

Her symptoms are sadly familiar.

Anybody with loved ones suffering from Alzheimer's or Dementia understand the pain of watching someone go through memory loss– but it's especially sad to see someone so young forgetting her life.

Some people have voiced opinions on Veronika's care.

Some are of the opinion that Mescheryakova should not be told the truth of her husband's divorce every day, to avoid putting more pain on her.

Those people are suggesting deception as an alternative.

Why doesn't the mother tell her that he has to work late but will be home later in the evening, to get past the time that she expects him.... And hopeful by night fall she forgets all about him again... -G Aldrich Loomis

Rule #1: never lie to someone with cognitive impairment. You don’t know what they will retain or what stories you tell might further impair their memory. -Megan M. Jacobs

Hopefully, Veronika's caregivers will be able to help her.

All we can do is hope something eventually works to ease her condition. Regardless of the differing opinions, all of the worldwide support is certainly touching!

Here are a few things we can to to improve memory:

Physical exercise keeps your body healthy, right? Well, mental exercise does the same thing for your brain. So do some puzzles, or carry around a book of sudoku with you. Heck, learn a new language, or a musical instrument! Anything that keeps your brain working.

Honestly, this one is just good for anybody. After all, it's harder to find things– and therefore easier to forget them –if your home is cluttered. Organize your possessions and your schedule so that you can keep track of the important things in your life.

It's more than beauty sleep.

Memory retention is but one of the many things that good, consistent nights of sleep can do for you. Most adults need 7 to 9 hours of it!

Again, this is always recommended regardless; a healthy diet is as good for your mind as it is for the rest of your body.

In order for the average adult to be healthy, the Department of Health and Human Services recommends at least 150 minutes a week of moderate aerobic activity or 75 minutes of vigorous activity. Plan your day accordingly!

Basically, take care of yourself.

Most of the things on this list are also what people tell you to do when improving physical fitness. The moral of the story: taking care of yourself in those basic ways that we're all familiar with pays off... more than you know.

And if you're ever worried about your memory, consult a doctor.

It's especially important if that memory loss is affecting your daily activities. A doctor can run some exams, figure out what's happening, and how best to help you. Share this heartbreaking story (and important self-care pointers) with your friends, so that everyone can keep themselves mentally strong!