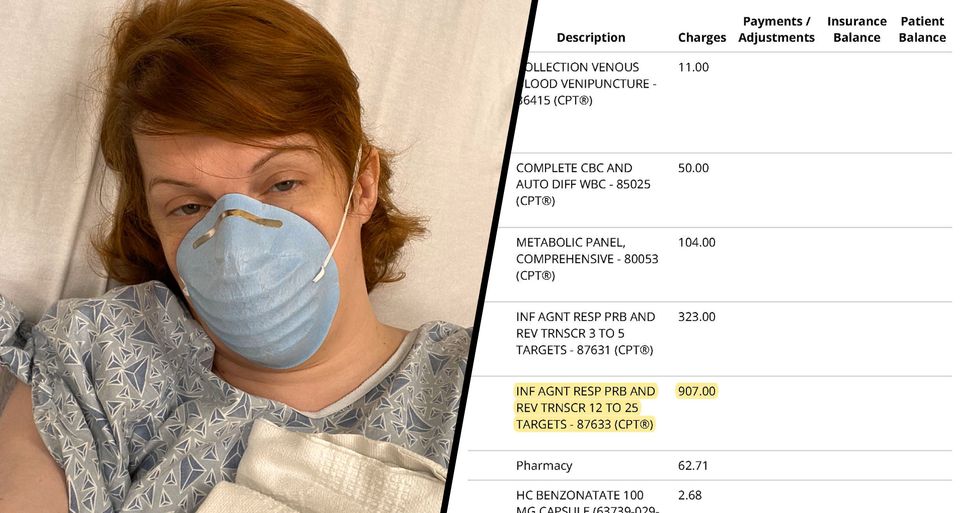 Woman With Cancer Says She's Been Hit With $34,927 Bill for Coronavirus Treatment

It is everyone's worst nightmare to contract the coronavirus right now... But imagine also having cancer and contracting the deadly virus.

For one woman, this is a terrible reality and things have been made even worse for her after been slapped with an insane medical bill.

Medical researchers have been working hard for decades to find a cure for this medical crisis, but they are yet to find an affective cure.

The coronavirus pandemic has brought us yet another medical crisis.

There are currently 478,438 active cases of coronavirus worldwide...

And so far, 21,524 people have died since its outbreak in January.

Of course, the world is in a mass panic right now...

But what about those people who are currently battling cancer?

Cancer patients are sadly not immune to the virus...

And one woman from Massachusetts who has been battling lymphoma has recently tested positive for coronavirus... and she is uninsured.

Danni Askini found out she had contracted the virus on March the 6th...

She initially went to her local ER twice before being finally tested after she had been suffering from chest pain, shortness of breath, and migraines.

Doctors initially thought she was having a bad reaction to her cancer treatment...

But Danni's hunch was correct - she was tested positive for COVID-19.

And to make things so much worse...

2 days after testing positive, Danni was slapped with a $34,927 medical bill from the hospital.

Although legislation has been passed that will make coronavirus tests available for no cost...

The relief bill does not currently address the total cost of treatment, which could include out-of-network care and testing unrelated to coronavirus, that individuals may incur.

Of course, Danni was left in a complete state of shock.

I was horrifically sick this weekend and ended up in the ER not once, but twice. Despite being “generally healthy”… https://t.co/GBxoU7gGYg
— Danni Askini (@Danni Askini)1583238602.0

"I was pretty sticker-shocked," she told TIME, "I personally don’t know anybody who has that kind of money."

Danni shared a picture of her medical bill on Twitter...

"I got excellent care, I am immunocompromised, but this will take a decade to pay off," she then tweeted.

This is an inhuman amount of money to pay for someone who is unfortunately so sick.

Out of desperation, Danni tweeted the President asking who will reimburse her as the COVID-19 tests were supposed to be free of charge.

But Danni's test took place before Congress passed the bill for free testing.

She has since re-applied for Medicaid with hopes that the program will retroactively cover her bills.

We sincerely wish Danni the best of luck in fighting this medical bill...

And we wish her a quick recovery from both of her current illnesses. Keep scrolling for the most recent coronavirus updates...