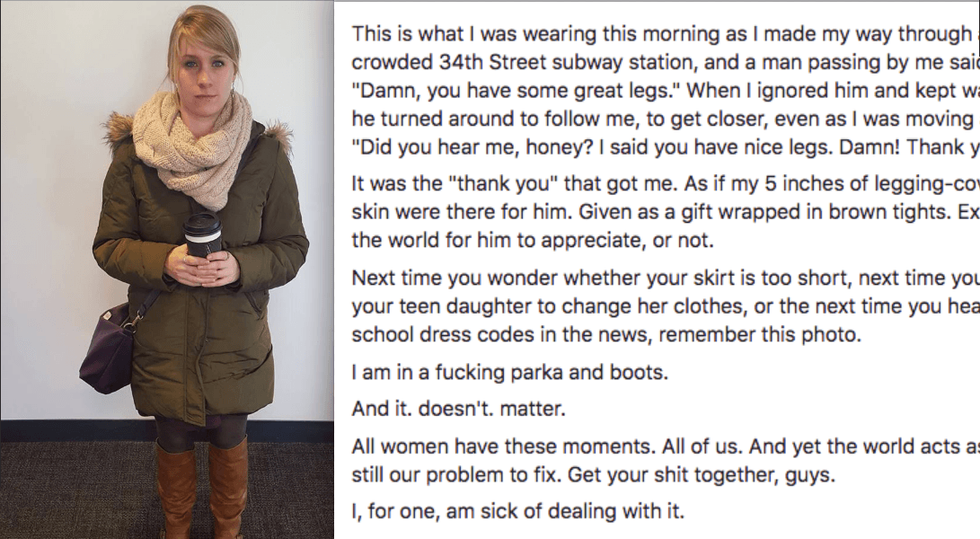 Catcalling is just annoying no matter when it happens, but one would assume that it'd happen less in the winter when people are wearing endless layers of clothing. Christen Brandt, however, has unfortunately confirmed that some guys will make a scene no matter how much a woman has covered herself.

Brandt posted a picture on Facebook of herself bundled up in a parka, a big scarf and tall boots — the exact outfit she was wearing when a douche decided to vocally reduce her to an object.

Both men and women left comments of support:

Moral of the story? Don't be a jerk — no matter what the season is — and pay a woman a compliment by paying her respect.