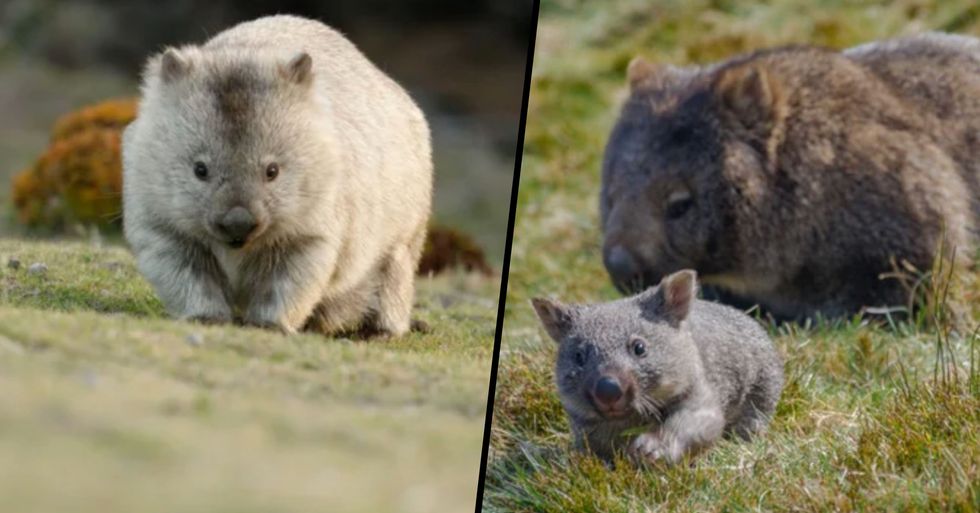 Over a billion animals have sadly perished from the horrendous conditions, and despite this week's good news of rain, millions of animals continue to suffer.

But it has emerged that the wombats of Australia have been sheltering other animals in their burrows.

The country is totally unprepared for the devastation caused to its wildlife. Science for Wildlife executive director Dr. Kellie Leigh told the New South Wales upper house inquiry, "We're getting a lot of lessons out of this and it's just showing how unprepared we are.
"There's no procedures or protocols in place - even wildlife carers don't have protocols for when they can go in after fire."

A billion animals have now died.

Ecologist Chris Dickman has estimated more than a billion animals have died around the country.

Australia's wildlife has been left without a home...

And despite this week's good news of a rainstorm spreading across the country, animals are still continuing to suffer.

Australia's amazing community has been working tirelessly to help the unfortunate animals...

Including the likes of the Irwin family, people have selflessly been dedicating their time and effort to animals in need.

But it turns out that we humans aren't the only ones lending a helping hand...

The wombat community of Australia has been making a huge difference.

Wombats survive in the wild with an underground burrowing system...

These burrows are quite complex, with the majority being between twenty-thirty meters long with several entrances and sleeping chambers.

These burrows are designed specifically for safety...

And they have proved to be great barriers during the bushfires.

Documentary filmmaker Peter Hylands has been visiting the firegrounds of the devastated Cobargo Wildlife Sanctuary...

And after noticing the environmental devastation and the high amount of wildlife survivors, he made a connection.

He believes that wombats have been allowing small animals into their burrows...

"You've got animals that are completely unscathed and those must be the animals that have been under the ground, it's the only explanation when the fire zones are so extensive," Hylands said.

"There are quite a few wombats in that region, and there's quite an extensive network of burrows."

The animal kingdom have come together...

"What was particularly amazing is it's clearly not only wombats who are using those burrows in the firestorm," he explained.

Speaking to Daily Mail Australia, she said, "I've seen echidnas going into burrows- lizards, and skinks, rabbits - those sort of things. I have even seen a small wallaby."

The wombats haven't been forgotten, however...

Wombat Rescue has partnered with the Sleepy Burrows Wombat Sanctuary on a mission to provide support to the wildlife affected by the fires around Tallaganda, 50km southeast of Canberra.

People are doing everything they can...

Wildlife carers have been conducting weekly operations to drop off food and water supplies in the bushfire ravaged countryside and will continue doing so until more significant rain, which will hopefully come in the next day or 2.

We can only hope and pray that the conditions in Australia improve soon...

Keep scrolling to see some amazing photographs of people saving animals in need during the bushfire crisis...