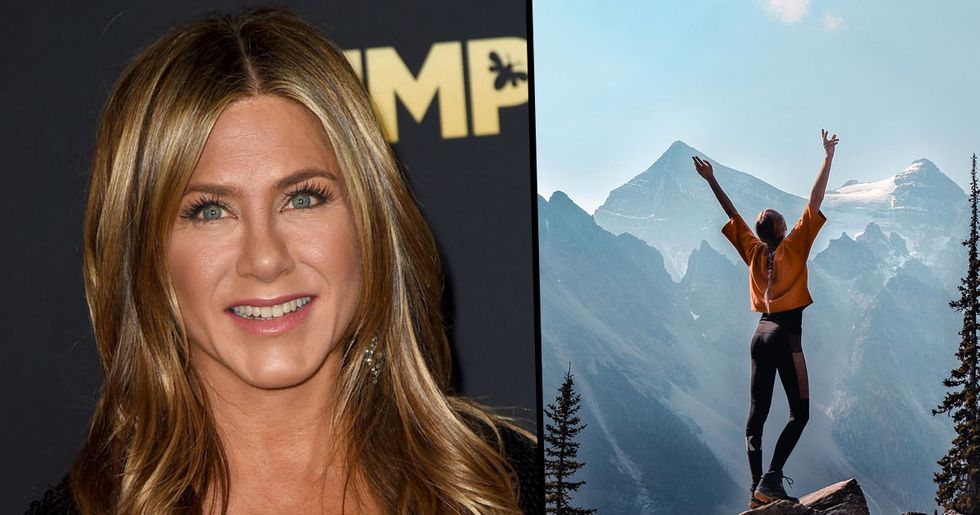 The secret to happiness has apparently been unveiled, and there's big news with what is and what isn't making us, as women, happy. We all want to live "happily ever after," but life just isn't that simple, is it?

I was under the impression that happiness came in the form of a big takeout and a large glass of wine, but, according to Professor Paul Dolan, there's more to it than that. A behavioral science professor at the London School of Economics and self-proclaimed "happiness expert," Dolan has come forward with some ground-breaking claims about our happiness, and what we need to avoid in order to achieve this happiness.

Our behavior affects our happiness.

Professor Dolan is the author of Happiness by Design, a book that argues that the true secret to happiness lies in our behavior. Dolan has carried out longitudinal research that investigates the causes and the consequences of human happiness. His new research now suggests that the happiest sub-group of people are childless, single women.

Single ladies, put your hands up.

Don't go rushing down the aisle just yet, because one of the main things that Professor Dolan has suggested is that the key to our happiness is the lack of a spouse. Yes, you read that correctly.

But married people still claimed to be the happiest... when their spouse was in the room.

It might be best to void having children, too...

According to Professor Dolan, another major factor to a woman's happiness is the lack of children, as having a child can be "damaging to a person's well-being".

He made some bold claims about motherhood...

Though Dolan admitted that having children can be "an amazing experience" for some, he claimed that "it just isn't for a lot of people," hence why the experience can bring misery to some women.

Dolan believes that we are living by a narrative.

Professor Dolan believes that we turn our lives and aspirations into "stories" - even though these stories don't necessarily bring us happiness. Us women, in particular, may feel the need to get married or have children, as, traditionally, that's what women did. But that doesn't mean that it will make all of us happy...

And we need to challenge these narratives.

Dolan has advised women to reflect on these stories and to think about what actually makes us happy.

It's time to rewrite your narrative.

These narratives and stories are driven by "status, by what other people tell us, by expectations and by stories from culture." He believes that it's time to break these statuses and expectations down.

So what can we do to achieve full happiness?

If you don't fancy dodging marriage and children just yet, there are some other things that Dolan thinks you can do in life to be happier. He claimed that we should actively seek experiences that bring purpose and pleasure.

And for your last dose of daily inspiration...

"Laughing, engaging in random acts of kindness, gratitude, being open to new experiences, having conversations about all things. These are all located in day-to-day experiences. Happiness is in the small stuff," he said. "It's not in the big life-changing things. It's in the every day."