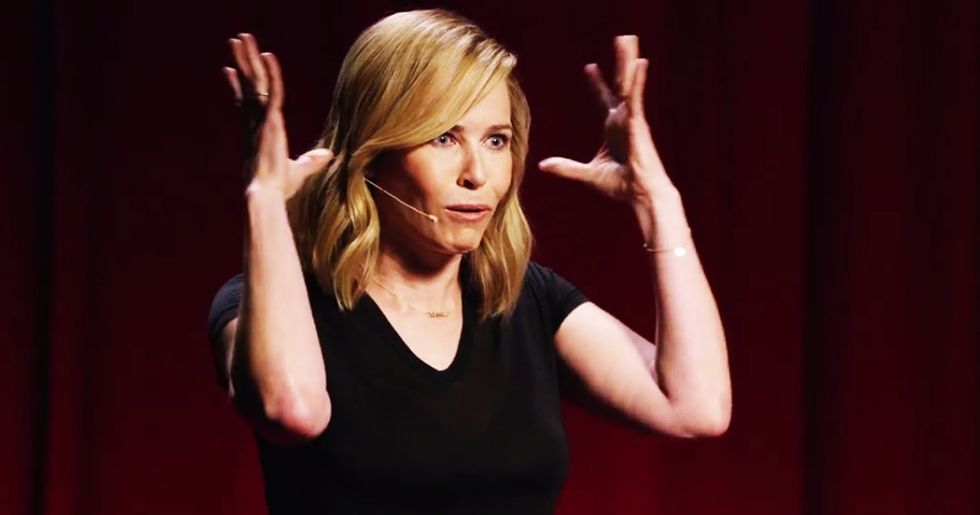 It's not even a question anymore. Women are funny.

In fact, I think we're at the point where we can confidently say women are funnier than men.

Women have been making me cry laughing on Twitter recently.

The 19 women below have literally made me weep with their wit and brilliance. And now, I get to share their genius jokes with you.

This is a very valid point. I'll see you at the theater.

Oh hey, I relate to this on a fundamental level. I can show you the bag of riced cauliflower that's been sitting in my fridge for months. It's gross. It's terrible stuff. I don't know who thought it was a good idea, but it's not.

I have a feeling the only place this was a different story was in the fictional high school from High School Musical.

This is seriously so frustrating. I need to know who to root against. Hint: In heterosexual couples, it's almost always the man who's wrong. The next one is a really great question.

I want distance and respect, and I also want a little rattle to shake anytime someone gets too close to me. I think that would be really useful in everyday life.

This is the best thing I've ever heard. I would have paid to see that guy's reaction.

This has literally happened to every phone charger I've ever had in my entire life. The next one is too true.

She seriously was the best, and I don't know how we get through each day. We deserve so much more credit than we get.

Seriously! It's so hard to get a small group to agree on anything, let alone a giant group spanning continents to make up and spew the same information.

Flirting is all fun and games until it actually happens to you. Then, it's nauseating.

I 100 percent believe a cat wrote that. Cats are evil, manipulative creatures and they don't deserve your love.

Filling for your void

This stuff looks way cheaper and more effective than all those drugs and alcohol. The next one is actually infuriating.

Ladies! Make your men buy you tampons. By themselves. Without a bag. Make them walk through the streets with boxes of pads held over their head like John Cusack with that boom box. This is unacceptable.

This might be the truest statement I've ever heard. Wow.

After a long day

Wait, how did this person get this very personal photo of me from my private bath time? This is quite the invasion of privacy.

"I'm not like other men. I'm a gold-plated bag full of stinky garbage. Other men aren't gold-plated."

I don't know what the plan is, but I know they'll be sorry! Share this with someone who could use a laugh!