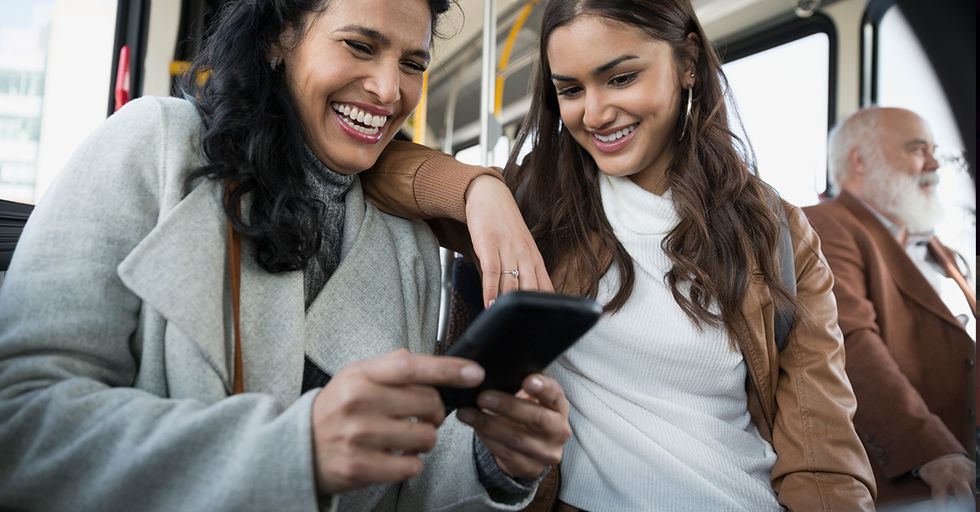 29 Tweets from Women Who Have Had It With Men

Women have always been extraordinarily strong. But many societal forces (created by men) have done their best to oppress and suppress them since the beginning of time. And, in today's world, women are reclaiming their time, space, and rights. Women all over the world have found their voices, and those voices are not afraid to yell from the rooftops, shouting that men are trash. But, "Not all men!" men will exclaim.

And sure, not all men. But historically, yes, all men. Men have either worked explicitly to keep women down or have been complicit in the policies and behaviors that have. But enough is enough. Women today are speaking out more than ever, calling men out, and standing up for themselves in ways older generations could not have done without severe consequences. Women today have a message for men today, and that message is "Enough is enough."

Women all over the world are saying, "See ya!" to men just like this:

Men are canceled. Women are in charge now. The future is female. The present is female. Honestly, the past was female too, but men did a pretty good job of erasing women back then.

Where did she hear this conversation? The answer is nowhere. Stop explaining women's own jokes to them. It's not cute.

This has happened to me more times than I can count. Men should get their own bags. They are clearly jealous of ours.

I have heard so many people talk about how Anne Hathaway's character's boyfriend is actually a total monster and in the wrong. I haven't rewatched it yet, but I can't wait for the rage to fill me.

Doing my makeup on the train this morning and a random man told me he likes women to have a more natural look. I to… https://t.co/ItHzCHhkHq
— Amy Fowler (@Amy Fowler)1534321151.0

It is so hilarious that men think women want to know their opinion. On them or their makeup habits or anything really.

This is such a solid joke. The only bad thing about it is that it makes me think about men's rights activists.

OK, this is insane. But if some guy unmatches with you because you don't know a specific comedian, let that idiot fly away into the wind.

if ur a man i follow on social media and u have a cool girlfriend i Will find her and i will follow her and i will… https://t.co/GyTcKXQJVc
— Beth McColl (@Beth McColl)1535579489.0

Oh man, this is so true. Most men that I know have partners who are just like, way better than they are.

Some garbage is OK

This made me laugh so hard and I think it's because I relate to it too much. Also, what is this still from and how can I watch the whole thing?

Hm. What a familiar question. Women are blamed all the time after surviving attacks from men. Why shouldn't it be the other way around?

This can become a problem because sooner or later, people will see beyond your gorgeous eyes and recognize you for exactly who you are.

Dial down the feminism

Heck yeah! Can you imagine being told to, "dial down the feminism" in your work in 2018? That's not going to fly.

This is so funny and also so accurate. Reddit is full of white men. They're the worst kind.

This is how ridiculous men sound when they say that women "trick" them by wearing makeup. They're lunatics.

Heck yes, I love this so much! See, this is what I was saying. Even women in 1925 knew what was up with men. They just weren't able to scream it from the rooftops.

LOL. This is too real, especially (I assume) among the YouTube generation. Get it together, guys.

Oh man, once women and POC and LGBT people are in charge, can you imagine the look on the faces of straight white men? Priceless.

Honestly, it is like One Direction didn't even take into consideration the opinions of the people who love them most. I demand a reunion.

This is really just an efficient way to do it. How else will you remember which of your girlfriends Anthony belongs to?

It certainly seems like it! And judging by the number of likes and retweets, plenty of other people have been wondering this very thing.

This is insane. He could have left the conversation as it was, and that would've been totally respectful. Instead, he ruined it.

This is terrible. I didn't realize how crazy the cover of Sylvia Plath's book was until I saw the version of it with a male writer. This is how ingrained this stuff is in our brains.

Men are allies or feminists or polite until you don't react in the exact way they want you to, and then they quickly lose any semblance of civility.

If you don't think women have to outperform men in order to get a fraction of the respect that they do, I will point you to all women everywhere.

All men are trash

This is perfect. This handily dismantles the "not all men" idea. There are levels of trash.

Just a giant box of red flags. What a perfect symbol!

Honestly, though. Beyoncé is way more talented than Jay Z. This is the only explanation that makes sense.

The jellyfish is the most masculine creature in the sea, as it is both fragile and toxic
— Dante Allegheny (@Dante Allegheny)1490707379.0

Fragile and toxic. The perfect descriptors for many men.

I know this seems bleak, but it's not an unreasonable question. Share this with an enraged woman in your life!