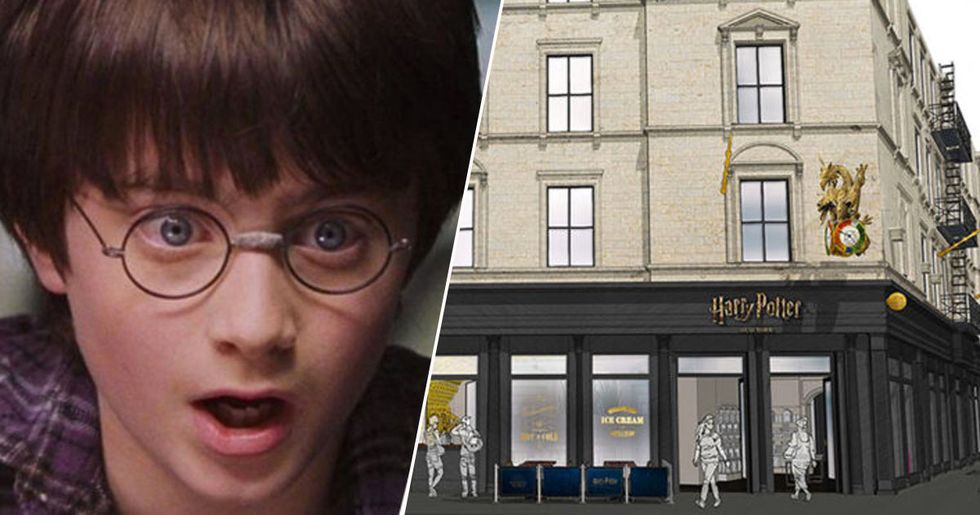 Back in 2011, we watched through teary eyes as Harry Potter finally defeated the evil Lord Voldemort, and ultimately brought the magical world of Hogwarts to a close. But... What's happened since the end of the magical Harry Potter franchise?

Just because it finished doesn't mean it's actually over. And we found that out last month when the gang got back together and reunited for the holidays.  Keep scrolling to see the pic.

However. Harry Potter became more than just a film. It attracted a mass cult following and for many, it became a lifestyle. If you're one of those people then you're gonna be delighted with this news! The largest Harry Potter store IN THE WORLD is opening in New York!

But the cast gave fans the greatest gift of all last month... a holiday reunion pic.

The nostalgic snap was posted by Emma.

And of course, fans went crazy. "this is what dreams are made of," wrote one excited fan.

"I'm so happy right now thank u and merry Christmas shjsbsjan," commented one rather happy muggle.

Emma posted the snap with her fellow Hogwarts co-stars, Tom Felton (Draco Malfoy), Evanna Lynch (Luna Lovegood), Bonnie Wright (Ginnie Weasley), and Matthew Lewis (Neville Longbottom) along with the caption "Merry Christmas from us." Christmas just got a whole lot merrier. To keep reading about Emma and her amazing self, keep scrolling to learn about how she recently described herself as "self-partnered" rather than single...

And now, the best news EVER.

The biggest Harry Potter store in the world is set to open this year in New York City. It'll be the largest store specifically dedicated to all things wizzarding on the globe!

An official press release has been revealed.

Sarah Roots, who is the Senior Vice President of Worldwide Tours and Retail, Warner Bros, said in the press release:

This will be the largest dedicated Harry Potter store in the world and will become a must-visit fan destination where Harry Potter enthusiasts can engage with interactive experiences and numerous photo opportunities as they step into the magic.

We are very excited to be opening in New York. It’s the ideal city in which to launch with so many dedicated Wizarding World fans, a cutting-edge retail environment and a community that embraces innovative experiences.

The store will host the 'the largest collection of Harry Potter and Fantastic Beasts products in the world under one roof with everything from personalised robes and Bertie Bott’s Every Flavor Beans to a brand-new range of house wands with a design exclusive to the New York location’. And it's going to be set right in the very heart of the Big Apple, located next to the iconic Flatiron building on Broadway.

Will you be making the pilgrimage?

If you've read this far then you've got to be a serious Potterhead. So will you be making the pilgrimage to New York? I know I will!
20%