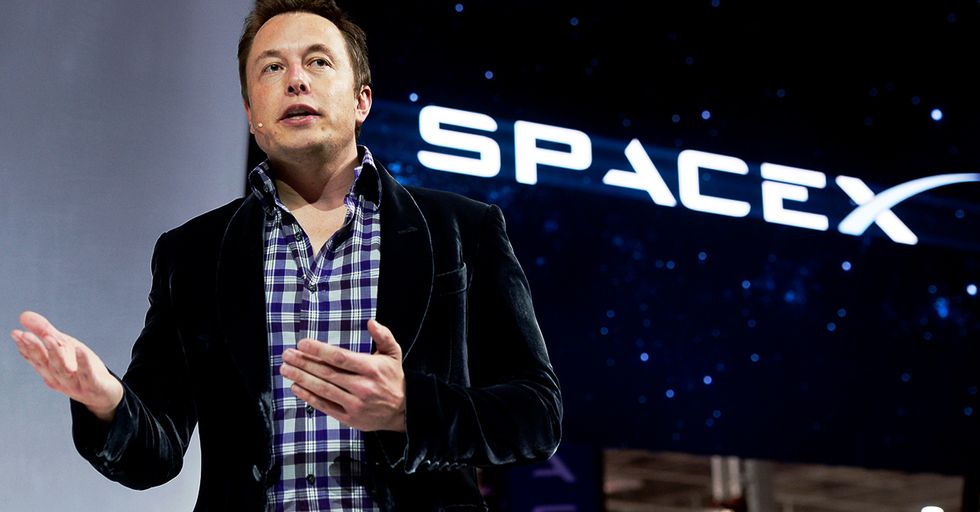 One thing that is for sure is money can help you improve your looks. The proof is in these pictures. I mean, can you imagine if you had a few extra hundred to blow I know my style would be quite different, dare I say, more luxurious. Some of these pictures, they actually do look like a million bucks, which might be pretty accurate considering how much money they really do make.

From celebrities to entrepreneurs to techies, there's definitely a noticeable difference before and after these folks had their big breaks. The more cash flow the better glow up it seems like. Money moves are for sure being made, from style upgrades to new hairstyles and basically just overall appearance, some of these people really are living their best lives.

These folks are rolling in the dough and it definitely shows in their threads and kicks. As they acquired more success, it also seems like they've gained a new love for fashion.

The year was 2004. Elon Musk, the creator of SpaceX and Tesla, is seen sporting an uncomfortable smile and plain slacks. Slightly slouching in his wrinkled button up this man has no idea the money that is headed his way, or the style upgrade.

BAM. 2018 looks good on you, Elon! That suit looks like a slice of heaven came down to bless you and bless us. I guess when you're worth over $20 billion, you can afford to buy heaven.

Mark Zuckerberg, the creator of Facebook, was looking a little rough in 2008. I mean, who didn't look rough that year. Plus, he was a pretty recent college dropout just looking to make a few million dollars. His worn-in jeans and a little too cozy jacket didn't really scream professional...

Heyo! This man really cleans up nicely. Definitely worth a "like" in my opinion.

Yes, the queen herself. Author of the "Harry Potter" series and master of all things wizardry, sweet J.K. Rowling was always a beautiful woman. She could be the mom at your parent-teacher conference for all we know.

From Mom to Glam

This woman is beauty and brains. She steals the show on any red carpet event and does so with the courage of the entire house of Gryffindor.

Dorsey, seen here on the left, is the co-founder and CEO of our BFF, Twitter. This photo is from 2007 so you already know a lot has changed for this man, and I'm not just talking about the money.

I will retweet and favorite this photo for the rest of my life. Jack Dorsey is being slept on for sure. Time has really done him well.

Biz Stone, one of the other co-founders of Twitter, was just a smart man with a great idea and an awkward wave at the red carpet parties.

From awkward to hipster

Biz! That beard looks nice on you. The jacket and the cool hipster looking glasses add a nice touch as well. You look like a whole new man on that red carpet. They grow up so fast.

All hail Oprah, young or old. She deserves all your respect. She's still killing it in her sweatshirt and jeans standing in the middle of the kitchen.

What. A. Woman. She is worth almost $3 billion and everyday looks better and better. Ok, thick-framed glasses are back in people. Oprah declared it.

You're looking at the co-founders of Google. Yes, the Google. Remember, not all heroes wear capes.

Okay, Larry! You have really outdone yourself. He must have Googled "Mens Style Guide" because he looks amazing.

These Google guys really stepped their game up from head to toe. Sergey is out here looking like the conductor of the world's classiest symphony.

Peter Thiel, left, sits next to Elon Musk. The two buddies co-founded PayPal while Thiel really brought back Ralph Lauren striped polos. Not his best look, but hey, he was a little busy being incredibly successful, so we'll let it slide.

I am here for this. Peter had a serious glow up. No more stripped polos I'm assuming.

I will always love Ellen, no matter her style. This picture was taken about a year into her early success, 2004 to be exact. She's still an icon, but I'm not the biggest fan of the beanie. So sorry Ellen. I still love you.

Ellen is slaying this look. Her style is always unique and beautiful. I mean, she is a Cover Girl so that's a pretty huge deal.

Jeff is the founder and CEO of Amazon. He's worth $163 billion and forever changed our lives with the best gift ever; online shopping.

This must have been Justin Timberlake's inspiration behind "Suit and Tie" because Bezos is working this look. It's always nice to see a man in a tux! You go, Jeff Bezos.

I can thank this man for my endless nights of binge watching TV shows. Reed is the co-founder and CEO of Netflix and he proudly wears his Netflix windbreaker in 2002.

He's looking like a proud dad. Thank you Reed, for looking so sauve and making my life so much more joyful.

You might recognize him as one of the hosts from "Shark Tank", but Mark Cuban had to get his start somewhere. Before he owned the Dallas Mavericks, he could be seen sporting awkwardly patterned polos at his desktop computer.

You better believe it, folks. Here is Mark Cuban, worth $3.9 billion, posing with Post Malone. This might be my next inspirational screensaver.

Okay, so Martha has been serving looks since before she was a master chef and TV star. Can it get any better than this?

From the kitchen to the carpet

Yes. Yes, it can. She looks like an angel. She might be an angel. Martha has never stopped with her style and I hope she never does.

Well, there you have it, friends. Money does make a difference.

A girl can only hope to make it to Oprah status one day. Until then, share this article with your friends who love a good glow up.