These People Had the Wrong Number, but Something Amazing Happened | 22 Words 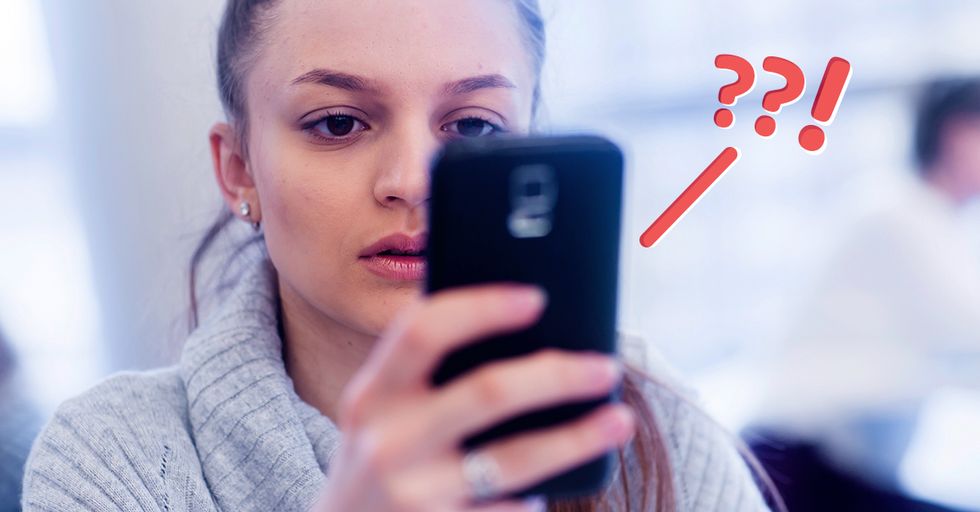 These People Had the Wrong Number, but Something Amazing Happened

Remember the days before cell phones? Well, depending on how old you are, you might not.

In those days, you had to memorize your friend's numbers instead of just having them saved in your phone. And, it wasn't a private number that went straight to your friend's room (unless they were very cool). Usually, your friend's parents would answer the phone, and you'd have to ask politely whether you could talk to your friend.

Kids these days don't quite know how lucky they have it: never having to wonder whether your crush was secretly listening in on a 3-way call, being able to use the Internet and the phone at the same time, and not having to wait forever if you had a rotary phone and the number you were dialing had a 0 in it.

And, of course, there was always the danger of accidentally calling the wrong number. But, somehow, that annoyance has made its way to modern times as well.

Most of the time, receiving a wrong-number text or call is pretty uneventful.

But when these people received texts from wrong numbers, they actually ended up having a great time! Get ready to smile and have your faith in humanity restored.

If I ever become a grandma, I hope I get the chance to do something like this for someone else. In the meantime, I guess I'll just have to eat all these cookies myself.

Wrong number texted me, and now I'm hungry! from MadeMeSmile

Sure, the person who received the text didn't get any chili out of the deal, but isn't this just such a pleasant interaction? We need more people like the chili deliverer in this convo.

I think this wrong number made us both smile. from MadeMeSmile

Ooh, I hope I get a wrong-number text before New Year's this year so I can do this. I'm gonna text on all the holidays.

OK, this next one is truly delightful.

It started with a text sent to the wrong number about someone having a baby! What a momentous occasion! This isn't the time you'd want to mess up phone numbers, but he we are!

Then the person who received the message said they'd come to visit the baby.

I mean, that makes sense. They were totally invested at that point!

They even brought gifts!

I know what you're wondering: Did they actually show up?

Now, if that doesn't warm your heart, I don't know what will.

This one brought a tear to my eye.

Wrong number at the right time. X-post from r/wholsomemememes from MadeMeSmile

You never know how your seemingly silly mistakes might affect others. Who knew that a simple text to the wrong number could provide such comfort? Maybe it was the right number after all.

Some encouragement from a stranger.

It's always nice to have a cheerleader in your corner. Even if you have no idea who they are.

This is my favorite video:

I think everyone had a lot to be thankful for that Thanksgiving. What a lovely interaction!

This is the best.

Someone that had the wrong number just sent me this picture, but it's too good to ignore from aww

If I ever started getting pictures like this from a wrong number, I would pretend as long as I could possibly get away with it.

my girlfriend received a group selfie from a wrong number, so we quickly sent one back. from funny

They even had hats to wear! I love this commitment to the joke.

We've learned an important lesson today. If you ever receive a group photo from a number you don't recognize, it's your duty to recreate that picture.

OK, this one just made me facepalm.

Why did you give me the wrong number? from facepalm

Look, we can't all be the sharpest crayon in the box.

"Me and my grandchildren."

Me and my grand children from oldpeoplefacebook

You will look at this picture of me and my grandchildren. And you will like it!

I had accidently given my son the wrong number to send his grades to his grandfather. This was the stranger's reply. from wholesomememes

The person who received this text gets an A+ from me. They've passed this test with flying colors!

The "recreate the group picture" rule goes double if you receive a picture from a sweet older couple who could use a smile.

It's never too early for a birthday text!

Had a run in with a friendly wrong number! PS Happy Birthday Daniel!!! :) from wholesomememes

We should all just text random numbers happy birthday messages all the time. Imagine if you randomly texted a stranger on their actual birthday!

Very nice exchange with a wrong number stranger from wholesomememes

There's no rule that says you have to engage in a conversation with someone who mistakenly texts your number. But it's the nice thing to do.

If you have a dog, then you're basically required to send pictures of that dog to everyone who texts you. Regardless of whether they actually know who you are.

Here's another one to make you cry.

Here's a good message for everyone.  Be more like this person.

Isn't that so wonderful! All from a text to the wrong number!

This kid got a signed jersey out of the deal!

I've never had a wrong-number text go quite like this. Here's hoping, though!

As you embark upon this new chapter in your life, know that you've got all kinds of people rooting for you. Even total strangers!

Nothing to see here, folks. Just two bros being bros for each other.

Engagements are always a fun thing to celebrate! You don't even need to know the engaged couple.

Finally, take a look at these pies:

They look so delicious, right? The person who received this text thought so too.

So they decided to ask for the recipe!

And the texter delivered.

Here's the rest of the recipe:

Yum. Anyone else suddenly craving pie? Share this with someone to make their day!