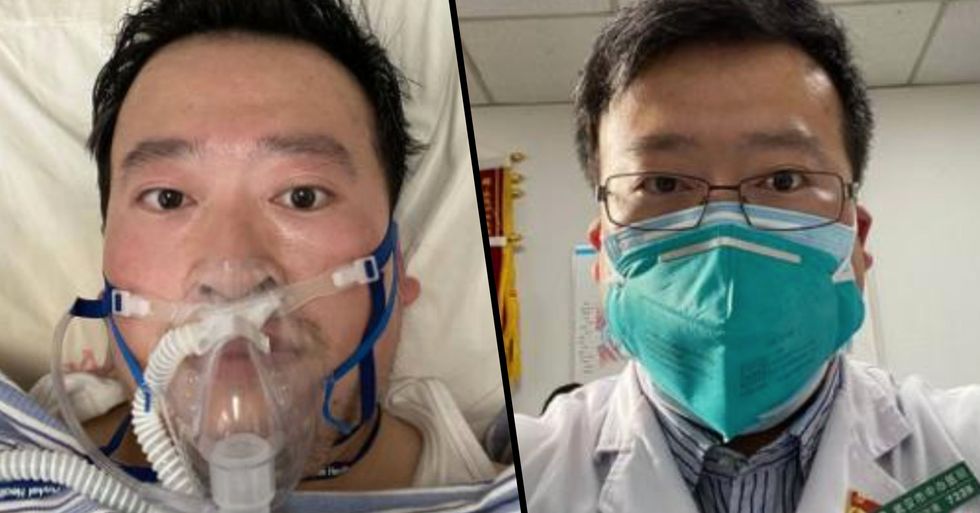 Wuhan Doctor Who Warned About Coronavirus Dies From the Illness

Things are steadily getting worse...

And the news continues to become more harrowing.

It involves a newborn baby...

CBS News has confirmed that a baby born on the 2nd of February in Wuhan has tested positive for the coronavirus.

The baby's mother was already infected before she gave birth...

The baby weighed just over 7 pounds at birth and is now in stable condition and under medical observation, according to Union Hospital, affiliated with Tongji Medical College of Huazhong University of Science and Technology. The infant didn't show any signs of a fever or a cough, but it did experience shortness of breath.

This proves that the virus can be passed from mothers to their unborn children...

According to experts, this may be a case of mother-to-child transmission.

We send our thoughts and prayers to the mother and her new baby...

And we hope they both manage to pull through this devastating crisis.

However, now even worse news has struck. One of the first people to warn the public about the coronavirus has died.

The doctor from Wuhan, China made the news when he was brought in by police after being accused of 'spreading rumors' about the coronavirus before it became a pandemic. The disease has killed 565 people so far.

Li Wenliang deals with patients at the virus' 'ground zero'.

At the beginning of December, he wrote to his medical student friends that he examined a patient with similar symptoms to SARS. When he shared the news publicly: "Seven cases of SARS confirmed." He received a letter from the police saying he had 'severely disturbed the social order', despite the virus going on to kill more than 300 people at the time of writing.

Here's what the letter said...

"The police hope that you can actively cooperate with us, heed our advice, and stop your illegal behavior. Can you do this?" Li responds to this in writing: "Yes, I can." "We hope you can calm down and reflect on your behavior. We solemnly warn you: If you keep being stubborn, with such impertinence, and continue this illegal activity, you will be brought to justice - is that understood?" To which Li answers: "Yes, I do."

On Saturday morning, he wrote in a post that he had been diagnosed with the virus, writing: "Today's nucleic acid (novel coronavirus) test came back positive. Everything is settled now - it's finally confirmed."