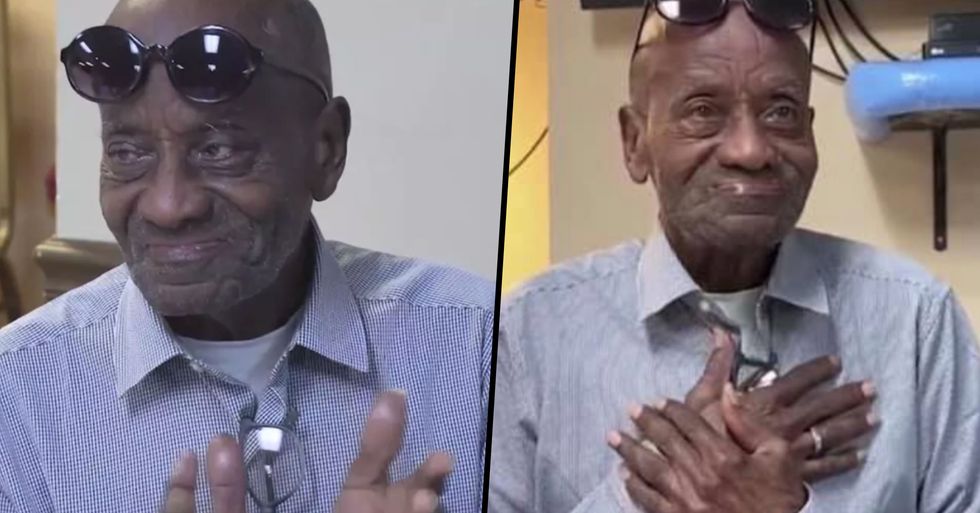 A WWII US Navy veteran has this week reached the remarkable age of 100, and he celebrated it in the best way...

The US Navy veteran has lived one hell of a life and, today, he has reached a milestone age.

Originally from Texas, Davis was born the eldest of 6 children, on August 12th, 1920.

His father died when he was just a teenager, so young Davis had no choice but to become an inspiration to his younger siblings and ensure that they finish school, WTSP reported.

But what was on the cards for his future?

Well, as soon as he finished school, Davis joined the U.S. Navy as a private first-class cook.

But his stint as a cook didn't last too long...

And he went on to serve in the United States Merchant Marines, which lead to his service in WWII.

Now, you will all know at least a little bit about this notorious war.

Initially breaking out in 1939, and not ending until 1945, WWII claimed the lives of roughly 75 million people, including at least 20 million soldiers and military figures.

It was a dark time in the world.

And for those who survived, the horrors of what the war had forced them to see lived on in their minds.

A staggering percentage of veterans suffered from some form of PSTD...

Thirty-seven percent, to be precise.

This PTSD went completely untreated, thanks to the lack of research and knowledge at the time.

This meant that the majority of our veterans had to carry their demons with them...

And ultimately suffer in silence.

So this is why it is important that we honor our veterans...

These men and women sacrificed a lot to serve our country during the war, and they deserve nothing short of the utmost respect.

Sadly, many of our WWII veterans are no longer with us...

As time trickles on, the WWII are slowly dying out.

But there are some who have gone on to live long and fruitful lives...

And they are still around to tell their tales.

And this brings us back to Mr. James Davis.

After serving in the war, James managed to travel the world in the Navy and was even hired as a personal assistant to former President Lyndon B. Johnson.

The veteran reached this milestone birthday and celebrated with the only way he knew how... With a huge party.

Friends and family gathered to celebrate the occasion on Saturday, August 8th...

During a proclamation ceremony initiated by Rockdale County, Georgia, where he now resides.

James also received honors from Austin and Brookshire in his home state of Texas...

Texas, where James was born, is where his heart remains, his daughter, Lynda Jackson, said.

Lynda said of her father:

"He doesn’t realize how impactful he has been in my life."

"His resilience and steadiness, don’t tend to let anything rattle him, knowing my dad you come to love the nuggets that he’ll throw out at you - never let anyone mess up your personality."

She passed away a number of years ago, but he still describes her as "the sweetest woman I ever knew," Lynda said. "It’s kind of bittersweet since my mom is not here. They never had an argument."

You're a true hero. For more on heroic veterans, keep scrolling to read about Captain Sir Tom Moore, who raised millions for health care workers during the pandemic...