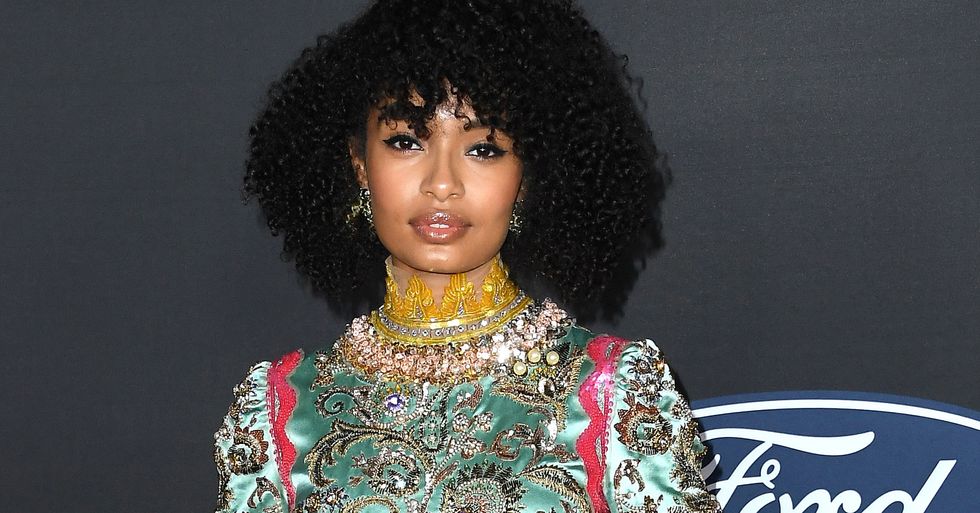 It has just been announced today that Yara Shahidi is set to play Tinkerbell in Disney’s live-action Peter Pan...

And, of course, opinions are divided.

Shahidi, who is known for playing Zoey in ABC’s Black-ish, is set to be Disney's first-ever black Tinkerbell.

Now, this is a huge step in the right direction for Disney...

Because, as most of you will be aware, the production giant has had a major issue with diversity.

It's no secret that Disney has been involved in multiple scandals...

But their total lack of diversity over the years has certainly been one of the most publicized.

When it comes to Disney's movies, we have always been subjected to the same image...

White characters, no matter if they are male or female.

In recent years, people have started calling out Disney for their blatant lack of ethnic diversity...

And, thankfully, they have started listening.

In 2009, we were presented with our first-ever black Disney princess, Tiana...

And since that significant foot in the door, we have slowly seen a more varied line-up. Disney characters are now coming in all different colors and ethnicities and, though we're not completely there yet, it's good to see the progress.

Last year, we even got a black Ariel.

Halle Bailey took us on a journey into the deep blue as she became our modern-day Ariel, a first for a major Disney remake.

And a year later, the first-ever black live-action prince was announced.

And now, for the latest installment in a more diverse Disney...

Tinkerbell is getting a much-needed makeover.

Deadline reports that this is the first time a person of color has filled the role, which is typically played by a white actress.

Her portrayal of Tinkerbell is a major moment in representation for Black women.

In a Teen Vogue interview from 2016, the actress commented on Black women's and girls' lack of representation in popular culture and how she became “representation for myself" since she modeled for Mattel and Disney from a young age.

“My family was cleaning up the garage, and I found these life-size cutouts of 6-year-old me as the black Tinkerbell, black Cinderella, you name it, which is hilarious. But being the black version of so many characters brought up problems. I was happy to be black, but at the same time there were moments of, ‘Why is this a separate collection?’"

In her new role, Shahidi will be joined by a star-studded cast...

Jude Law will be taking on the role of Captain Hook, while Alexander Molony and Ever Anderson are playing title characters.

Now, most people are very excited by the prospect of Shahidi pulling on Tinkerbell's iconic green dress...

However, others aren't too impressed.

A girl I went to high school with posted the article about Yara Shahidi getting casted as tinkerbell and said “she’… https://t.co/nMhtoWeUC2
— Lucas Doss (@Lucas Doss)1601133789.0

In the wake of the news, the closet racists have come out in full force as they just couldn't get their heads around the idea of a black Tinkerbell... You know, who is a fictional character.

You can't make this stuff up.

Luckily, the majority of Twitter users were on hand to correct these people.

Black Tinkerbell is happening, and it is going to be nothing short of marvelous.

The movie has no release date as of yet but is expected to debut in theatres as opposed to Disney's online streaming service, Disney+. For more on diverse Disney princesses, keep scrolling to see the artist who reenvisioned Disney characters as "black urban royalty"...