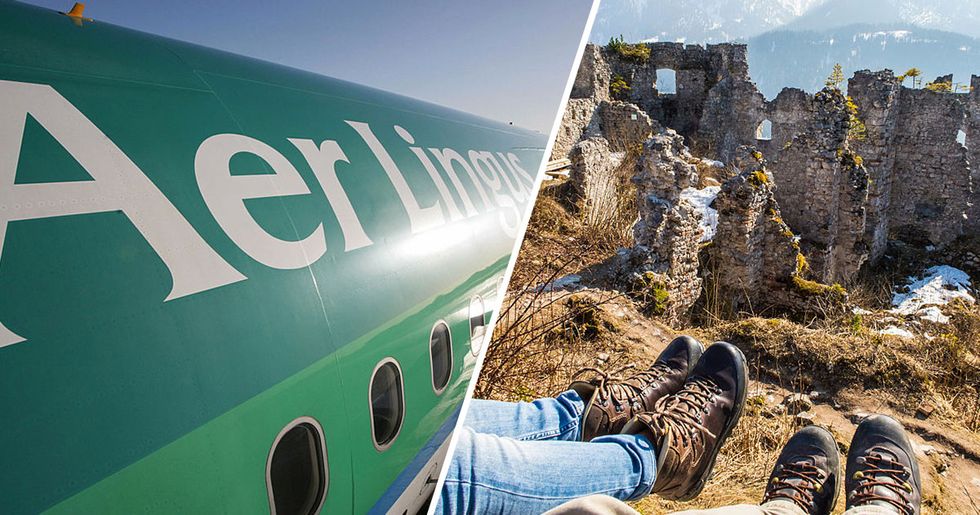 Going on a little trip is a luxury that many people can't afford. Long nights, working extra shifts, and hoarding every cent until you've got just enough to pay for the hotel room. You have to admit, saving up for a vacation can be extremely stressful, but it's at these times that we've got your back.

Recently, an Irish airline announced that they're having a massive sale on tickets from the U.S. to Ireland. You had better hurry up if you want to get your hands on a few of these bad boys because they're selling quickly!

Keep reading for all the details on this amazing offer.

If you've ever wanted to visit Ireland, this is the perfect time to book a trip!

A popular Irish airline has announced that they're having a massive sale on flights this fall.

Maybe you've always wanted to see the Emerald Isle with your own eyes?

The beautiful countryside location is one of Ireland's talking points. With lush greenery and rolling, blue waves, the area became a hotspot for tourists.

Or maybe you just want to spend an evening at a traditional Irish pub?

You've heard the stories, right? A good ol' pint in one hand and a hot Irish stew in the other. There's nowhere else that you'd want to spend your time, surely.

And, if you're not a drinker, don't worry, Ireland's got something else for you...

The scenic route is always better. How about a visiting The Ring of Kerry, a scenic landscape in which tourists can experience rugged hills and coastal seaside villages.

No matter what kind of activity you prefer...

Ireland will make you feel welcome.

Aer Lingus is now offering cheap flights to the country.

The second-largest airline in Ireland has announced the launch of its "Go When Others Don't" sale.

This means that, between the dates Sept. 5 and Oct. 3, you can grab yourself a bargain.

The sale includes extremely discounted tickets to Ireland from fourteen major U.S. airports all the way to Dublin or Shannon airport.

Here's some of the fine print though...

There are also a few blackout dates...

And these are not available to travel on so, please, if you're thinking about booking with the airline, check the rules and restrictions around the offer thoroughly before purchasing anything.

The sale is promoted to encourage tourists to visit Ireland during the off-peak season.

Like many other European destinations, the off-peak season falls over the colder months so this sale is hopefully going to bring back the attraction for Europe.

However, many people prefer visiting hotter destinations in the winter.

But this Irish airline is sure that it will receive a boom in tourists over the colder months because of this special sale.

I'm here to tell you that there are perks to traveling to Ireland during the festive season.

Because of Christmas and St Patrick's Day, two big occasions celebrated all over Ireland, the winter period brings in a sense of joy.

With markets popping up left, right, and center and the smell of fresh pancakes wafting through the air, Ireland's the place you want to be.

Not only will you be able to avoid all of the long lines, you'll also save yourself a couple of dollars because the tourist boom will be at an all-time low.

For a round-trip, fares average at as low as 399 dollars, even for big U.S. cities like Boston and New York City.

Flights from certain areas, including Boston, must fly on certain weekdays.

Most of the flights are weekday flights, so you'll probably have to book some time off in order to go on this once-in-a-lifetime trip. For more information, visit the Aer Lingus website. And, if, for some reason, Ireland doesn't sound like your cup of tea, check out these amazing places that you need to add to your bucket list!