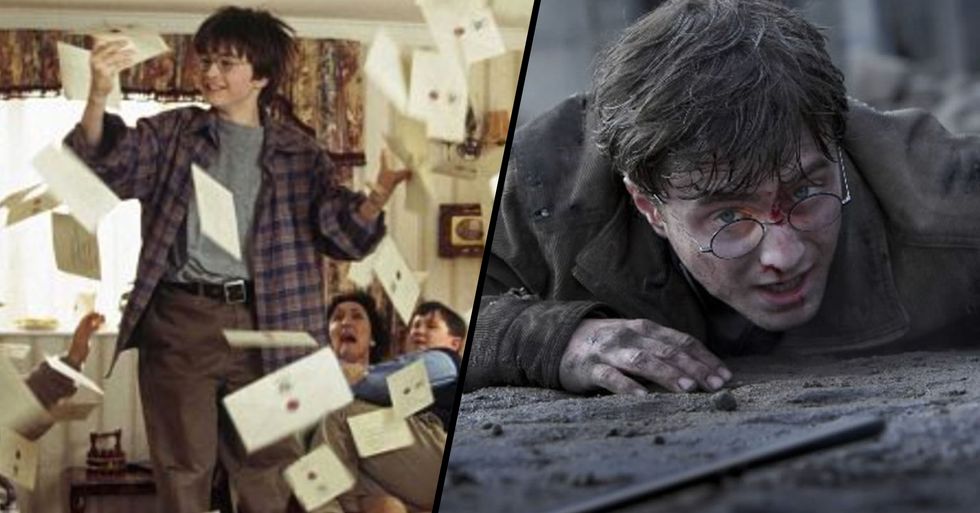 You Can Get Paid $1,000 to Binge Watch All 'Harry Potter' Movies at Home

The Harry Potter franchise hits deeper than your average book, or movie, it's morals and characters have shaped us all, and it comes at no surprise that amid the pandemic, several of us are re-watching the movies once again.

But what if I told you, you could get paid for doing what you're doing for free? Well, one company is offering this exclusive job opportunity to a limited number of superfans.

Keep scrolling to apply... you won't believe how much they're giving away, and it's not just money...

I'm pretty sure we've all binged watched the Harry Potter series... at least once

They're simply magical... Literally. And now thanks to one dream gig, the series has become even more miraculous...

As if that's possible.

Well, now you could get paid for doing the least amount of work imaginable... it really is magic.

But fans still enjoy binging their way through the movies.

We've even been treated to a reunion.

And it was recently announced that the world's biggest Harry Potter store would be opening...

And it's right here in the States!

Okay, so now we've established just how popular the magical franchise is...

It'll come as no surprise that during lockdown, people have been watching the smash-hit movies once again.

Although this time, you could get paid for it!

I’m about to binge watch all of Harry Potter for the second time this quarantine because I can. https://t.co/YwKSJ80Sjn
— Mark MacKillop (@Mark MacKillop)1586649510.0

Some exciting news has just landed that Harry Potter fans everywhere will be eager to get stuck into...

The franchise has millions upon millions of fans all over the world, which is what makes this such an exclusive opportunity.

It's no doubt you must be extremely excited if you are one of that legion of Potter fans, to learn that one company is offering $1,000... plus bonus perks...

On top of the 1,000 dollars, the successful candidates will receive a host of other treats...

All this to binge-watch the movies!

This means all of the Harry Potter movies, as well as the two spinoff Fantastic Beasts movies.

It really is exclusive, as only 5 people will be picked out for the challenge.

But the company isn't just after any old superfan...

If you feel up to the task, here's the job description...

"Will the real Harry Potter fans please stand up? "Here at EDsmart, we realize that most people could use a little magic right now, and we love Harry Potter. "Most of the Muggle world is struggling with self-isolation and not having a normal routine–like we’re all living in the cupboard under the stairs at 4 Privet Drive, Little Whinging. "We realize that at this time, we can’t all head to Diagon Alley to stock up on goods nor Hogwarts to be with our friends. "So, in light of all that’s going on out there and in our homes, we’ve decided to pay up to five Muggles, Mudbloods and magic folk $1,000 each to watch every Harry Potter and Fantastic Beasts movie–the Ultimate Dream Job. "The right candidate will be chosen by the Sorting Hat."

The company notes that they are not only after a Harry Potter fan, but also an "active, outgoing social media personality". If that sounds like you, then follow the link to EDsmart's website, here. Once you've done that, check out what Emma Watson is doing to make us love her even more... If that's possible.