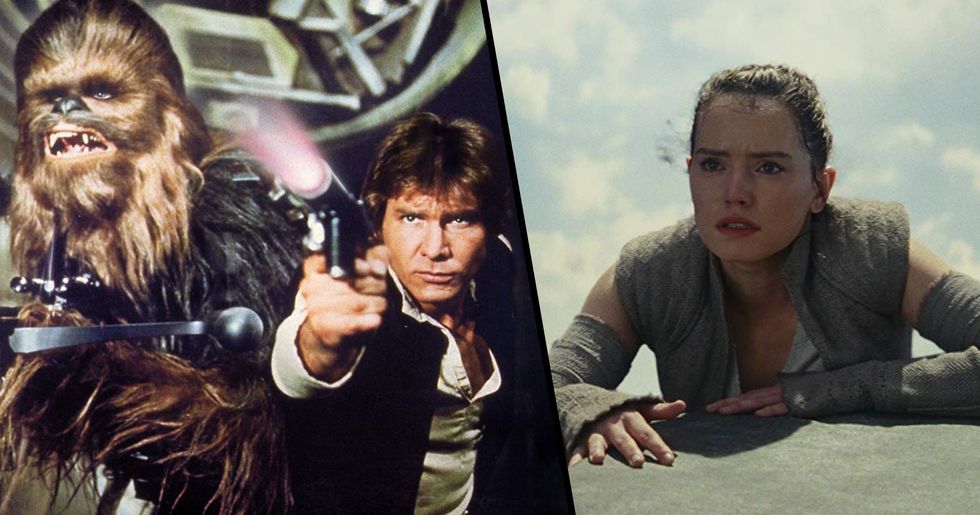 Star Wars is one of the most popular sci-fi franchises of all time.

People seriously love these George Lucas movies, and I know a fair few people that will annually sit down and binge-watch them all.

Getting paid for doing something you love is the dream, right?

If you love watching Star War movies, then I have the dream job for you...

Keep scrolling to find the application form for this dreamy opportunity, and to see what else you can get paid for watching...

Getting off the sofa can be really hard...

Michael Cera gets it... we are a generation that finds ourselves unable to peel ourselves away from the screens of shapes and colors. If only we could get paid for our loyalty to television...

They literally just want you to watch Star Wars movies.

Being paid to sit at home all day and watching your favorite movies would make anyone feel like a king.

Of course, you need to prove that you're a true superfan.

Before 7 pm December 11th, you will need to submit an application. It's a pretty straightforward form that just requires you to write 200 words or less why you are the perfect Jedi for the job.

The job requires you to watch all ten Star Wars movies.

If you're wondering how long that would take, the answer is 22 hours and 25 minutes. That's of course if you didn't take any breaks. Yeesh.

Not only are they willing to pay you $1,000 to watch the movies, but you will also get Blu-rays of all the movies and some super cool merch thrown in.

The lucky applicant will get a bunch of Star Wars merch.

According to CableTV, they will be delivering the goods to the lucky applicant. Alongside the Blurays, you will also get an "R2-D2 popcorn popper, a Chewbacca onesie, and a Han Solo Nerf blaster" Sweet, eh?

Believe me, I feel your pain...

But now I bring you the solution!

Well, technically I have the solution for this guy...

As of yet, I do not know of anyone paying people to binge-watch TV shows. I mean I've watched every single episode of Dexter 3 times and Jenifer Carpenter still won't reply to my emails.

You need to have watched all of the movies before the new one is out.

I mean that seems fair, right? And what better way to prepare for the last ever Star Wars installment, The Rise of Skywalker than by watching the others back to back.

“Your path you must decide."

The guys over at CableTV have said you can watch the ten Star Wars movies in whatever order you see fit.

The last movie is going to be an emotional rollercoaster.

Not only because we know that this is absolutely the end but also because we will finally have to say farewell to our favorite characters.

Despite dying before the production of The Rise Of Skywalker (2019), Carrie Fischer will still feature in this movie. Due to clever CGI and recutting previously shot footage, the Star Wars team has managed to bring her back for the final hurrah. It's going to be really heartbreaking stuff.

You'd be kicking yourself if you'd just watched them all...

I mean a Star Wars marathon will be tough on anyone, watching them all again just after a marathon would be really testing your loyalty as a fan.

It would be super sweet if they paid you a thousand dollars for having ever sat through all ten Star Wars movies back to back.

CableTV hires people to watch all kinds of stuff.

It's not just Star Wars fans that CableTV are interested in. If you are a binge-watch champion, you should seriously keep your eye on CableTV's job board.

Are you a fan of Hallmark Christmas movies?

In November, CableTV was offering a festive opportunity.

They put a call out for applicants who would be willing to watch 24 Hallmark Channel Christmas movies in 12 days. I mean, sure watching Christmas movies in November can feel totally wrong but if you're getting paid for it I bet it feels totally right.

How are you with scary movies?

In September, CableTV was offering people the chance to get paid $1300 to watch 13 Stephen King movies before Halloween.

I would have axed down a door for the chance to do that!

Sadly I missed that one too. Now, we need to make sure we don't miss any of CableTV's future job opportunities, right?

You can get an application form here.  Good luck,  and who knows? Maybe you will be the chosen one... Continue scrolling to see the heartwarming story about how Disney is allowing a terminally ill Dad to watch the new Star Wars movie early so he can share the experience with his son.