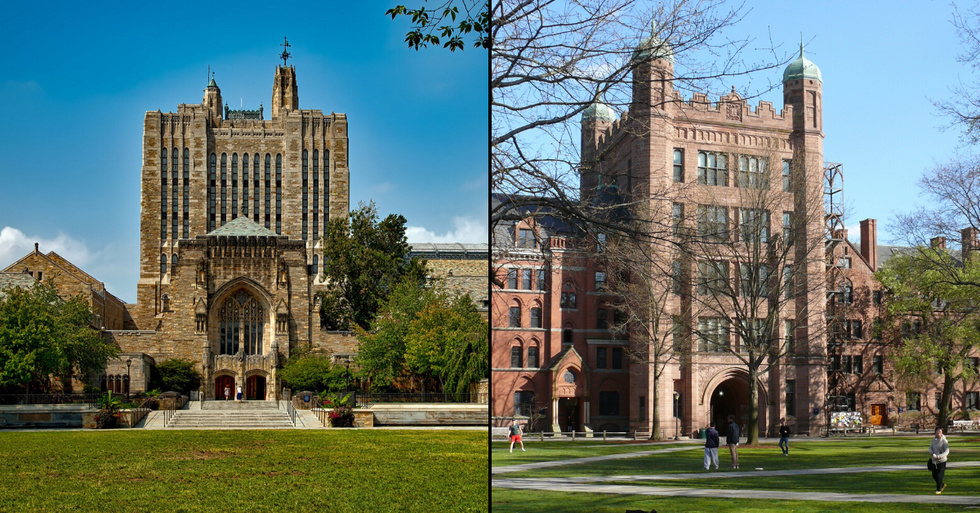 You Can Now Attend Yale's Most Popular Class, For Free

For some people, attending Yale is just a dream.

Well, that dream could be more achievable than you might have first thought.

One of Yale's most popular courses is now available online, for free...Yes, we said free.

And it is available to anyone.

Keep reading to find out what you could be studying at Yale.

Yale University has got a good name for itself, right?

Known as being one of the most prestigious universities in the world.

A pretty hard place to attend.

With only around 6% of applicants being accepted each year.

Turns out that there is one course at Yale that is for anyone.

And it's a course that anyone could benefit from.

As it teaches you how to be happier.

In 2018, 'Psychology and the Good Life' was unveiled by Professor Laurie Santos.

The course by the Yale Professor launched in the US and focused on happiness.

The course invalidated the popular ideas of what makes us happy.

The idea that that materials and cars bring happiness.

Whilst combining positive psychology with the real-life applications of behavioral science.

The aim was to help students understand what makes them happier and makes their lives feel fulfilled so that they could build on them.

As you can imagine, anyone can learn something from a course like this.

So it is not surprising that it became a very popular Yale course.

In fact, in Yale's 317-year history, it turned into the most popular course ever.

Santos told the New York Times, that one in every 4 students were actually taking the course.

The response of students was so large that they even had trouble finding enough staff for it.

In order for the demand to be met they, reportedly, had to receive help from the School of Public Health and the Law School.

The number of students was so excessive, that 1,182 had registered for the course.

When on average, a large lecture at Yale exceeds no more than 600 students.

And pupils weren't the only ones interested in the course.

As it also gained media coverage both nationally and internationally.

The media coverage sparked interest in 'Psychology and the Good Life' among others.

And the popularity has lead to Santos designing a version which she called 'The Science of Wellbeing' for the online learning platform Coursera.

The Coursera course is available to anyone, not just Yale students.

Covering many different topics, those who sign up to it are able to access installments of the course weekly.

'The Science of Wellbeing' includes some topics like misconceptions about happiness and what really makes us happy.

It is delivered in the form of optional reading, activities and video lectures from Santos' home.

Although the course is free to anyone, there is one catch.

If you want to earn and certificate for the course then it will cost you.

In order to access the graded assignments and achieve the certificate, learners have to enroll.

But of course, if you just want the benefits of learning happiness without the certificate then it's still free.

So either way, there is something for everyone.

It might not be for all, but it has certainly proved popular before.

And as mental health is so important, maybe we could all learn something from it.

Will you be enrolling as soon as you've finished reading this?

Or would you rather discover your 'happiness' on your own?