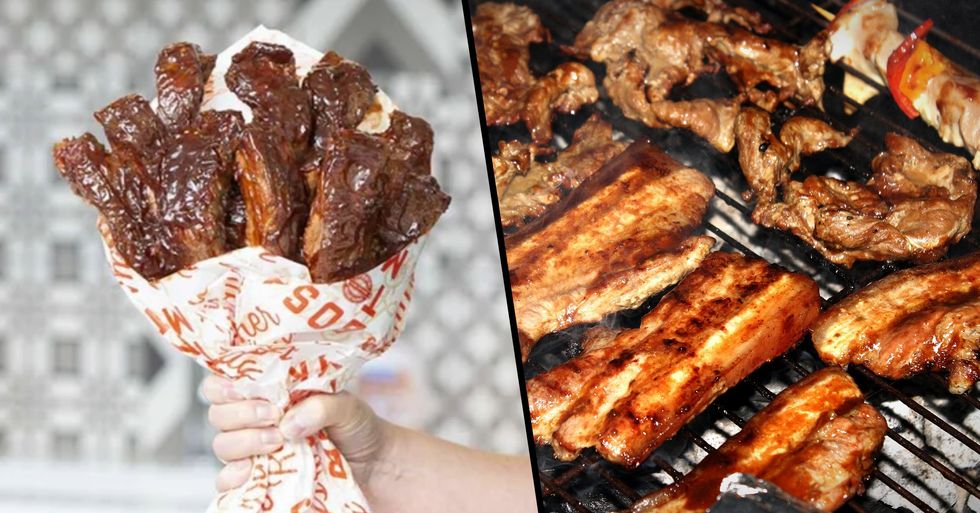 Ribs work out cheaper than dinner for 2.

Well, that comes from none other than Olive Garden. In fact, this breadstick bouquet is a part of a wider Olive Garden's Valentine's Day ToGo dinner for two.

And as a bonus, it's all to-go - meaning you don't need to try to book a table in advance. But it's undoubtedly the breadstick bouquet that's the star of the show!

But what if your boo is more of a meat lover?

Well, never fear - there's a bouquet option for you, too.

Because everyone knows the best meat out there ...

It's gotta be ribs, right?

So, what if we told you you could enjoy ribs in bouquet form?

You probably wouldn't believe us, right?

For just $29.99 from Boston Market, this beautiful bunch could be yours.

And if you fancy some more weird Valentine's trends, scroll on for the romantic take on the Christmas tree ...