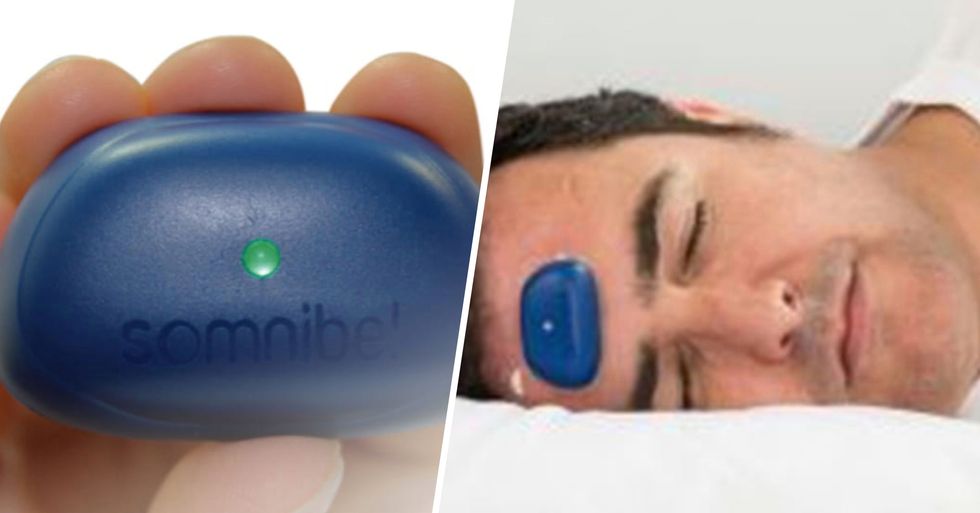 Everyone knows that sleeping next to a snorer can make you well and truly dread bedtime. But now, it looks like there could be a saving grace. There's a new device on the market that promises to solve all your snoring-related problems.

Keep scrolling to find out more about the handy device. But first, let's take a look at some hilarious tweets that you'll relate to if you sleep next to a snorer...

They might wake up and stop briefly after step six, but you better believe you're going to be right back at step one once they fall back to sleep.

And the other person secretly records the snoring, obviously. That's when you know it's true love.

This is very wise.

This reads to me like some kind of proverb. The loudest snorer sleeps first. The non-snorer never sleeps.

Snoring used to really annoy me. But now I look at it as this subtle reminder that someone you love is sleeping ne… https://t.co/BfYSM2XkvZ
— Lili Reinhart (@Lili Reinhart)1533015594.0

That's a very nice way of thinking about it! But I'm glad you realize there's a limit to how gracious any one person can be when it comes to snoring.

Who says it's hard to keep the romance alive after marriage?

Now, where have I heard this one before? That's right. From someone who snores.

I don't know if I'm willing to go that far. But they are both super awful!

You've got some explaining to do, my friend! Best of luck to you.

You might as well have a full conversation with them. They're not going to be waking up any time soon.

Well, there's a new device on the market that promises to solve all your snoring-related problems.

It is supposedly lightweight, comes with a hypoallergenic adhesive, and claims to put an end to the snoring once and for all.

The device sticks to your forehead, and when you roll on your back it shocks you to encourage you to roll back over onto your side.

But sometimes you've gotta do what you gotta do. And if this is what it takes to put an end to all those sleepless nights then so be it!

And of course, many have their doubts.

We're sure that there are a lot of people out there who will agree that people can snore no matter what position they're sleeping in.

Either way, if you're feeling desperate...

You could certainly give it a go. You can check out the device here.