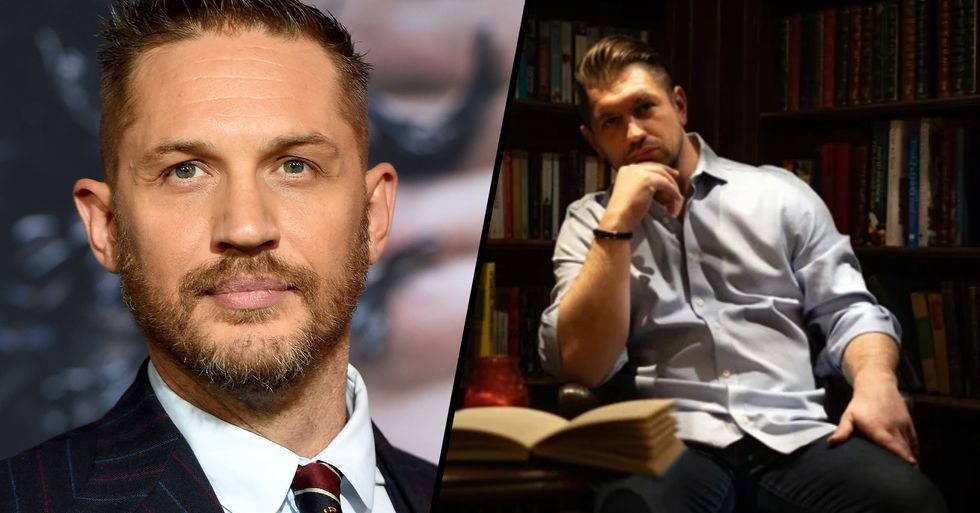 There's just something about the British actor that is undoubtedly dreamy and irresistible.

But now, it turns out that you can actually hire a Tom Hardy lookalike to help teach your child how to read.

The British actor has certainly made a name for himself through his charismatic roles, but these aren't the only reasons why people love him so much.

And that is a reason alone!

He's built himself a very successful career on our screens...

But alongside his career as an actor...

Hardy is very passionate about his charity work.

In 2010, Hardy became an ambassador for The Prince's Trust...

The Prince's Trust is the U.K's leading youth charity that works with people between the ages of thirteen-thirty who struggle with many different aspects of life - such as school, addictions, and homelessness.

This is close to the actor's heart...

When he was in his twenties, Hardy struggled with alcoholism and substance abuse. He is a prime example of a man who, with the right help, battled his addictions and turned his life around.

He has expressed his love for children in the past...

And from his own life experiences, he wants to help disadvantaged children as much as he can.

CBeebies is the BBC children's channel in the U.K. and he made a guest appearance on New Year's Eve to read a story for all the children watching.

It was a total success...

And Hardy went on to appear and read bedtime stories on the channel several times.

Now wouldn't it be ideal for Hardy to come and read for our children?

Of course, the chance of this happening is almost impossible... but we can now get ourselves a pretty realistic simulation.

A private tutoring company in the U.K. has launched a new initiative called

Book Buddy... Exam Papers Plus allows parents to hire a man called Dave who will help teach their children to read, but the one catch... he looks just like Tom Hardy.

Here is Dave in all of his glory...

via: Exam Papers Plus

And we must say, the resemblance is uncanny!

The Tom Hardy lookalike reading service will be available throughout March...

This isn't the first time the tutoring company has done something like this...

Faisal Nasim, Director of Exam Papers Plus said, "We believe that creativity and inspiration can sometimes be lacking in the private tuition experience." "We have received an influx of requests for lookalike tutors from Harry Potter to Tom Hardy to make learning fun again so last year we launched School of Magic which was hugely popular amongst the wizarding fans and now we have launched the Tom Hardy reading service, we've already seen huge demand."

Surely we aren't the only ones who are prepared to pretend to not be able to read..?

Keep scrolling to learn about the time when Tom Hardy posted an accidental Instagram about Venom 2...