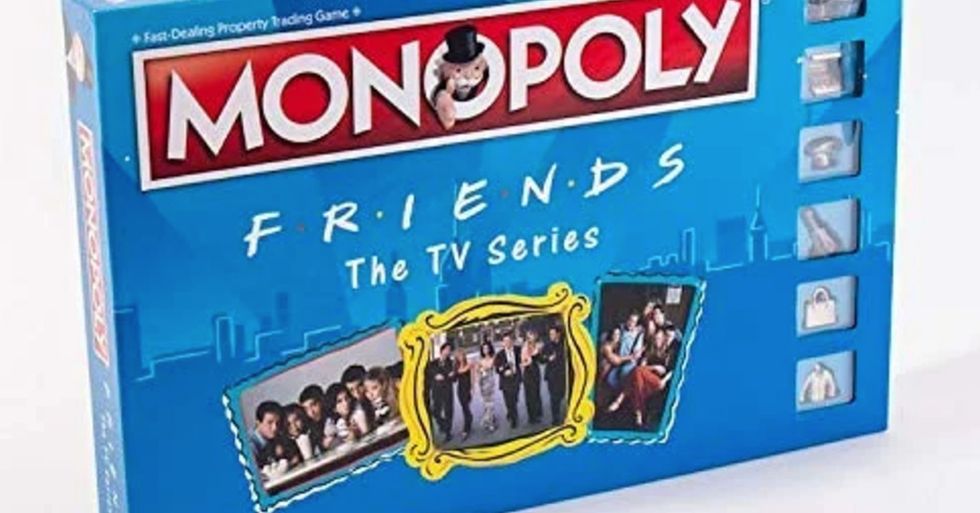 Anyway, it's been an awfully quiet fifteen years since the final episode of Friends aired and we said our tearful goodbyes to the 6 friends we all grew to know and love. Fans of the sitcom have been more than vocal about wanting Ross, Rachel, Chandler, Monica, Phoebe, and Joey to return.

And now there's some rather exciting news for Friends fans ...

But for those who can't wait any longer, there's been some exciting news!

A Friends-themed Monopoly game is now available exclusively on Amazon.

Fans of the show can enjoy tons of classic moments once more.

Squares include Monica Gets a Roommate, Ross’ Teeth, All the Thanksgivings, and Phoebe Gets Married.

You can buy the game right here, right now. Fancy more Friends themed fun and games? Scroll on for the incredible fan edition of Cards Against Humanity.
Buy Now