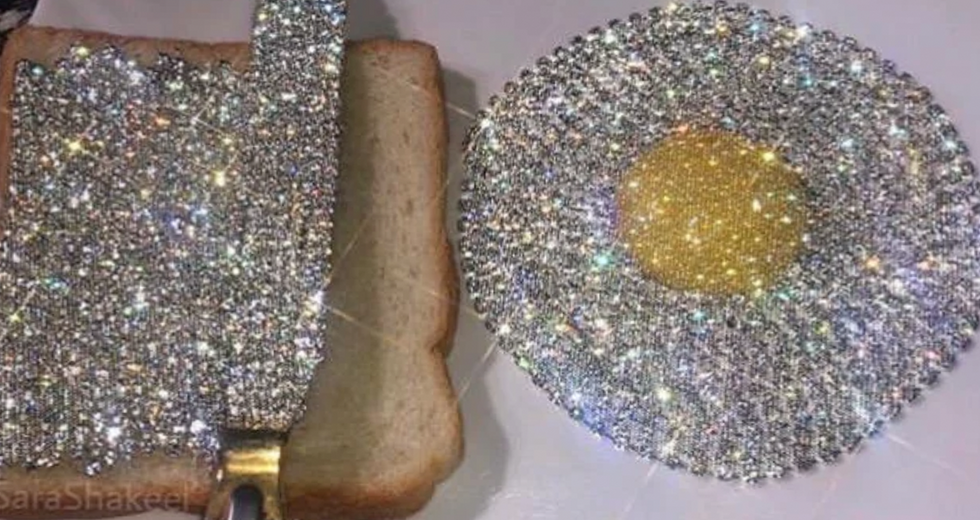 There are two important skills involved in making anything worthwhile: 1) ideas, and 2) execution. Without good execution, the most brilliant idea will fall flat on its face. And the opposite is true as well — flawless craftsmanship cannot save the worst idea in the world.

But damn if those horribly misguided bad ideas don't look pretty cool when they're executed this well.

So what makes an idea good or bad? It all comes down to taste. And with taste, you either have it or you don't. But that distinction, ultimately, has nothing to do with whether or not you're a good craftsman. A lot of times, the most skilled person is given a terrible, tasteless idea. And they have no choice but to just do their best.

Here, we're collecting images from the Awful Taste But Great Execution subreddit, a place where internet users post disgusting things that are made really, really well.

It is a great picture.

A good way to make sure nobody steals your luggage. - Compact8909

No two shows are more different than King of the Hill and Sailor Moon. Why get a tattoo of them together? I will be thinking of this until the day I die.

Now this is sick.

If 13 year old me became an interior designer. - slickdaddyvick

Mic check one two, we recording?

Me: I’m having issues projecting my voice. Barber: Say no more. - oistr

Found this on Craigslist. I have no words. - [account deleted]

I think I found my Halloween costume. - DougJudyBK99

Now here's a guy who's well-adjusted.

German police stops car with what turns out to be a blood sticker. No charges because "awful taste is not a crime". - TomBaiRaise

This set of dice for Dungeons and Dragons. - dewpoke

Welcome to the future.

On one hand, Elon’s Cybertruck beats a Porsche 911 in a drag race. On the other, it looks like an extra credit problem in a geometry class... - NavidsonRcrd

Wish someone had drawn this in my yearbook.

Tip of the cap.

But what if it rains?

Heard you guys might appreciate this velvet Mercedes I saw... - comicbookbean

I went on a date today, and he proudly showed me this tattoo. - btacceber

I was told this custom Luigi Rolex belongs here. - mycoandbio

They spent a month's worth of Saturdays to make this.

Imagine someone explaining this in an art gallery to people of the future. - Laviticus_Maximus

I think this was mentioned in the Book of Revelations as a sign of the End Times.

It's hard for a brand to stand out.

Arby's has flipped the vegan meat "trend" on its head with the "Megetable," a carrot made out of turkey that looks and taste almost exactly like the vegetable. - BoseVati

For when Lady Gaga comes over.

Genius is rarely understood in its time.

My man looking like he's about to tie a woman to the train tracks.

Because people hate lasagna so much, they need to be tricked into eating it.

Who's up for some salad lasagna? - BaconBunkerFuck

I think whoever did this really nailed this oysters. - Snow75

Chairs should be a) comfortable, and b) frightening.

"I need people to think I'm a Bond villain." - BabylonLiaison