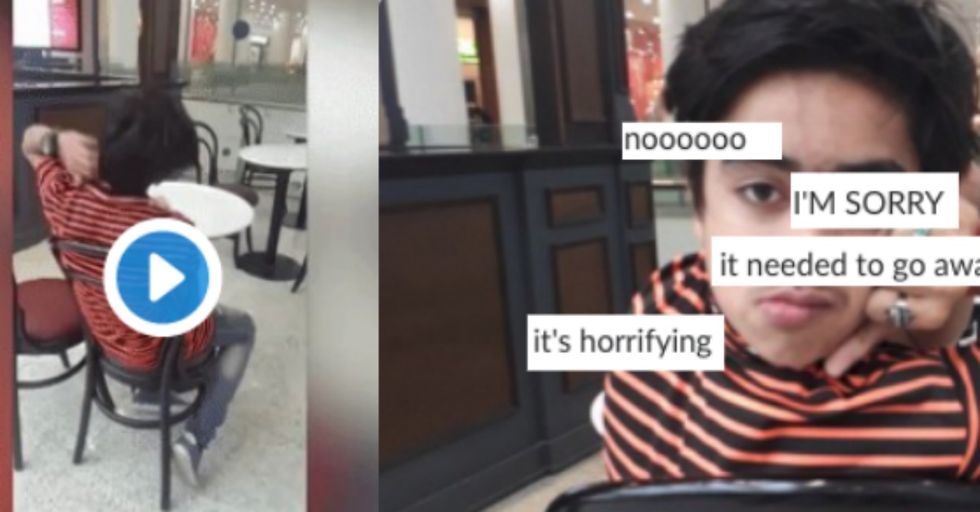 A 14-year-old Pakistani boy has earned the nickname 'Human Owl' because of his uncanny ability to rotate his head 180 degrees. You have to see it to believe it, and you won't be able to look away.

Muhammad Sameer is from Southern Pakistan.

He started learning this skill at age six or seven when he saw an actor on television do the same move. He uses his hands to twist his head so that it sits in the opposite direction.

He learned the skill in only a couple of months.

According to the Daily Mail, his mother did not approve the first time she saw him do it. He said, "My mother slapped me when she saw me doing this and told me never to do it again as I might end up hurting my neck but with time she realized that I'm God gifted."

He practices tricks daily and is part of a dance group called 'Dangerous Boys'.

He earns about 100-120 pounds a month dancing with the group and supports his family with those earnings. He's been practicing this and other skills in hopes of starring in horror movies.

We're sorry... but also, you're welcome. Go forth and horrify all of your friends.