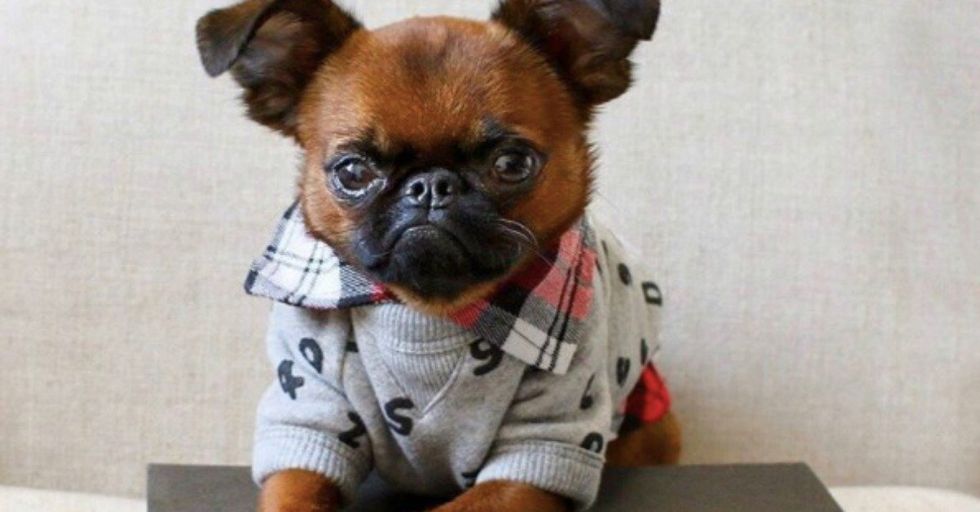 We all love pugs.

Corgis are pretty much the mascots of the Internet.

But there are some rare dog breeds out there that are just as silly looking and adorable as our classic favorites, and they deserve your immediate attention.

This little nugget looks like a fluffy pug with a regal air of superiority. It's like someone took a regular dog, smooshed its nose in, shortened its ears, and rubbed it with a balloon until it was all staticky. He's perfect.

This dog is a post-apocalyptic Mad Max character, only way more smiley. The Peruvian Inca Orchid is hairless except for that fiery mohawk. Simultaneously so ugly and so cute.

Have you every seen a more wrinkly dog?? The answer is no. You have not. *If this guy looks familiar, you must be a Harry Potter fan.

Look at those luxurious locks! Most people can't achieve those effortless waves even on a breezy beach day. Where's the slow motion video of the Belgian Laekenois running on sand, Baywatch-style?

Another hairless wonder graces our list! That punk rock hairdo and those shaggy ankles make the Chinese Crested way cooler than you. But come on, look at her. She's earned it.

This strapping Silician breed is all ears. Yes, I'm sure they're good listeners, but I mean actually look at those perfectly perky ears. They're stunning.

Unbelievably quaint and adorable name aside, the Dandie Dinmont looks like my grandma when she has a perm! (Which is always. She always has a perm.)

This fuzzy gremlin is too cute for words. His fur is like a party in the front...and a fancier party in the back!

The Russian (or Russkiy) Toy looks like a chihuahua with winged ears. These magical tiny creatures somehow manage to be elegant and silly at the same time.

Is this a dog or a bunny rabbit?! Those little cotton ball ears had me fooled for a second. And with a cute name like Pumi? This gal hopped her way right into my heart.

The Tarsus Catalburun has a unsettling nose that appears to be split in half, but I think it's one of those weird things that might grow on you with time. (Related: When I was a kid and my dad gave me a sip of wine, it was gross, but now I sit on my couch with a bottle of Malbec and a super long straw and have the time of my life.)

Apparently, all hairless dogs are hairless except on their heads. This guy looks insane. He has a crazy name. And I can't stop looking at him.

This dog looks just like a sheep, but a "sheepdog" is something else entirely. Whoever's in charge of naming dog breeds really needs to get it together.

How does this dog see?!?! With all that hair in front of his face, he's going to need a seeing-eye human. I will gladly volunteer for that position.

This African dog breed looks fragile and athletic at the same time. It could definitely beat me in a footrace, and also a beauty pageant, and it's also probably better at math because clearly, this dog is perfect at everything.

I have no idea why this dog isn't called a Corgi Wolf. Because that's pretty much the look this this squat, fierce Swedish Vallhund is pulling off.

The frizz on this tiny pup is out of control. Spoiler alert: They stay just as frizzy as adults. Squee.

OK, calling it right now: Brussels Griffons are the next pugs. They look like gremlins from the movie Gremlins. Although if you get them wet, they don't transform into scaly, evil creatures. They just smell bad.

The New Guinea Singing Dog might not look too crazy, but its habit of howling like it's straining for the high notes is incredible.

The Sloughi looks like a someone took a Great Dane and flattened it. And made its snout long and pointy like Pinocchio's. And gave it a really weird name.
40%