"You" Season 2 Memes That Are Super Relatable | 22 Words 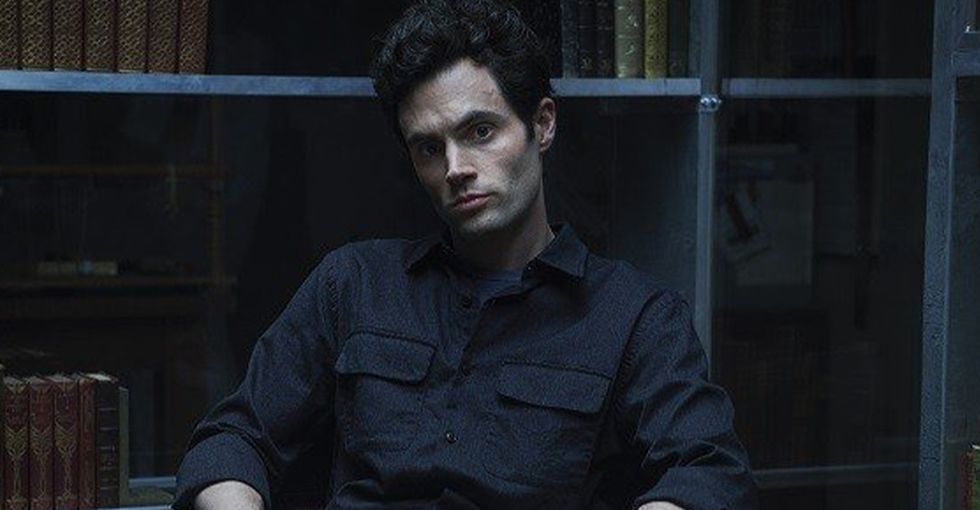 "You" Season 2 Memes That Are Super Relatable

Joe Goldberg is back in Season 2 of You, unfortunately for the women of Los Angeles this year. Much like the first season of the show, this season was strange, trashy, funny, dark, and completely addictive.

The show is about a murderer but the fanbase has turned out some surprisingly relatable memes! I mean, who hasn't wanted to date someone that cared about us as much as Joe cares about his girlfriends.

One of the best astrology twitter accounts even matched the signs to gifs of our dear Joe, and honestly, as a Pisces, I feel seen.

Keep reading to find see some of the funniest relatable memes from You!

When he first came on the screen, it seemed that he was FOR SURE going to be the funny gay guy working at the Erewhon knock-off. But, alas, he was straight. Shocking.

The white dudes on this show really wreak havoc.

Between Forty's destructive tendencies, Chris D'Elia's character's pedophilia, and, of course, our man Joe's murder-y-ness, not a great showing for white men.

The real winner of the show: Penn Badgley.

We watched him as Dan Humphrey, and it seemed like that might be it. But. Then. Here he comes in the most binge-able show in the binge-watch era. AND, apparently, he's super nice IRL.

In fact, Penn is so good as Joe, it's hard not to love Joe.

It's a real conundrum. Should you really root for the serial killer? Or not? It's like Dexter all over again.

This game would sweep the internet.

Hear me out Netflix needs to make an interactive episode to “you” where joe is in love with you and you have to see if you can survive.
— sophina (@sophina)1578122103.0

It would be like Mario Brothers except instead of evil mushrooms and Wario, you have to escape a glass box while seducing Penn Badgley. Sign me up.

Ok, this line from the show totally stung.

It's like RuPaul says, "if you don't love yourself, how can you love someone else?" To avoid ending up with a serial killer, you have to do at least that.

Those last handful of episodes of this season were truly gut-wrenching.

Not gonna lie, I watched the last 4 in one sitting. It was like Pringles. Once you pop, you can't stop.

And, just when you think it's all over...

Me watching the You Season 2 finale when Joe looks through the fence #YOUNetflix https://t.co/frcYISqFq8
— khadija (@khadija)1578591662.0

Without spoiling anything, the final shot of the season definitely opened up a wormhole to new, terrible things for Joe to do.

He looks so normal; you would never expect.

When she finally says hi after you followed her schedule all week, moved right next to her, watched her sleep 4 tim… https://t.co/fbMQ0X7DPM
— Donna Delgado (@Donna Delgado)1578337321.0

Kind of the feeling when you're on a date with someone and they tell you about a trip they went on that you definitely already saw on their IG. So relatable.

The most upsetting part of the season, for sure.

If anything proved these two lunatics are perfect for each other, it was that BOTH of them agreed to say, "I wolf you" instead of "I love you." Barf.

If Joe Goldberg can get away with it, maybe we all can?

Maybe You is to millennial women what video games were to teenage boys in the '90s.

Joe is so close to being the perfect boyfriend...

...and yet so far. If there's a woman willing to marry Charles Manson in jail, even the honest version of Joe Goldberg could probably meet someone.

That sadly relatable feeling when you kind of wish you were dating Joe Goldberg.

Sometimes it seems like a lot to ask someone to set a time to hang out instead of just a vague, "that was chill, we should hang out soon." One thing you can say about Joe, he pays attention.

Being locked in a box would definitely get you out of whatever terrible Monday meeting you have waiting.

Joe says and does the things no normal person could ever say or do. But, how we would want to. He's the murder version of Larry David.

If you look around, "You" is everywhere.

The missed connections section of Craigslist reads like an abandoned storyline graveyard from the You writer's room.

From behind a computer screen, we all become Joe.

Hmmm you liked a tweet, not just any tweet, it was my tweet, with all these people tweeting tonight, you liked mine… https://t.co/Q7Du6Iodpj
— Wild Stallions (@Wild Stallions)1578035205.0

The man does have a fiery Aries sex drive.

Listen, Joe's as watery as it gets. Any water sign knows that he's the darkest timeline of their worst impulses. But, Joe can get pretty steamy when he accesses the fire side. Lots of passionate making out happening on this show.

Joe loves a Netflix and chill, just like a Taurus.

Sharing a giggle at home is all he wants to do! It's just that all these pesky people get in the way of his one true love!

Joe's got that Gemini intellect...

...and that split personality. Ever told a Gemini they were wrong and lived to tell the tale? Didn't think so.

So immediately struck with that Cancer feeling.

Everything about this dude is a water sign. So emotional, so sensitive, lives in his head. Look at this three-second clip. his feelings flip on a DIME. He was probably born under the sea at the beach during a storm.

Look at that Leo mane.

Leos love their hair. Joe might be killing people, stealing things, and breaking into where he's not wanted, but his hair always looks great. Even right after he takes off his baseball cap.

When Joe sees an obstacle, he concocts a plan to get over it. Even if that plan is completely insane and involves a giant glass box.

But, he's just so pretty.

SCORPIO. Much like Ryan Murphy, Joe must be a triple Scorpio: rising, sun, moon. There's no way he's not. He's the poster child for dark, brooding, and sexual. Like a Bronte hero.

Joyful, excited Sagitarrius is a rarity on Joe.

Even the darkest person in LA has moments where they can't stop themselves from dancing in the sunlight. But, TBH, there's no way Joe is a fire sign. This was a momentary lapse.

When Joe's all business, he's in Capricorn.

Smug is a shade Joe wears well. He never gives up an opportunity to judge other people, aggrandizing himself.

For the galaxy brained Aquarians...

Although he's firmly planted on the ground, and even sometimes digging it up, his active imagination is his greatest weakness. Love a star gazey make out.

For the sensitive, shy, creatives out there...

Even creepy serial killer Joe has an inner Pisces. I wonder if he ever has moments of surreal intuition? Maybe that's how he finds the perfect marks.