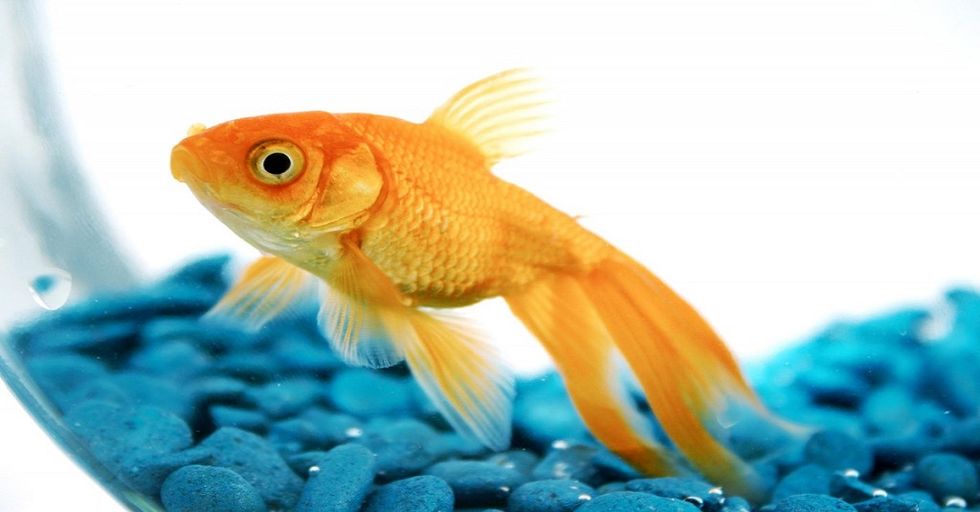 Growing up we all somehow got a lot of the same things embedded into our brain. Common examples are things like "dogs see in black and white," or "lobsters scream when you boil them."

Over the years you may have learned that some are untrue, but thanks to a new Reddit thread we discovered that many more pieces of "common knowledge" are just totally false.

When a bear is dismantling a beehive, what it's really after is the little bee larvae inside. Suddenly Winnie the Pooh is much darker...

But I guess having Bugs Bunny say "What's up, Doc?" while chewing on a bale of hay didn't work as well as the carrot.

It turns out carrots are totally overrated.

If I had this information 15 years ago I would've been eating something better than carrots. I ate so many carrots as a kid and I'm still as blind as a bat.

Although supposedly, bats aren't even blind.

I assume it depends on the species of bat, but still. Now my metaphors are ruined!

And now I can't stop picturing what a "goldfish trick" is supposed to be. Is it like a goldfish leaping through flaming hoops or something?

Apparently goldfish can live a long time, and can also get really big.

Also, why are so many of these about goldfish? You'd think we'd have something as simple as goldfish down as far as common knowledge goes, but apparently not. Anyway, enough about goldfish!

Shaving your beard will not help it grow thicker.

Nor will cutting your hair make it grow faster. I don't know how this myth got started, but I can only assume it was by mothers that wanted to get their 14-year-old boys to shave their horrible mustaches.

One of the older misconceptions still around today, the Great Wall of China is actually NOT visible from space.

According to people who have actually been to space, the Great Wall is not wide enough to be seen from that far away.

Have you ever heard that humans eat an average of eight spiders a year in their sleep?

Well, thankfully that terrifying "fact" is nothing but a myth. It makes sense that it isn't, but was still terrifying to think about.

And last, but not least, dogs can definitely see in color. Not as many colors as humans, but still color.

And yes, before you ask, dogs can look up.