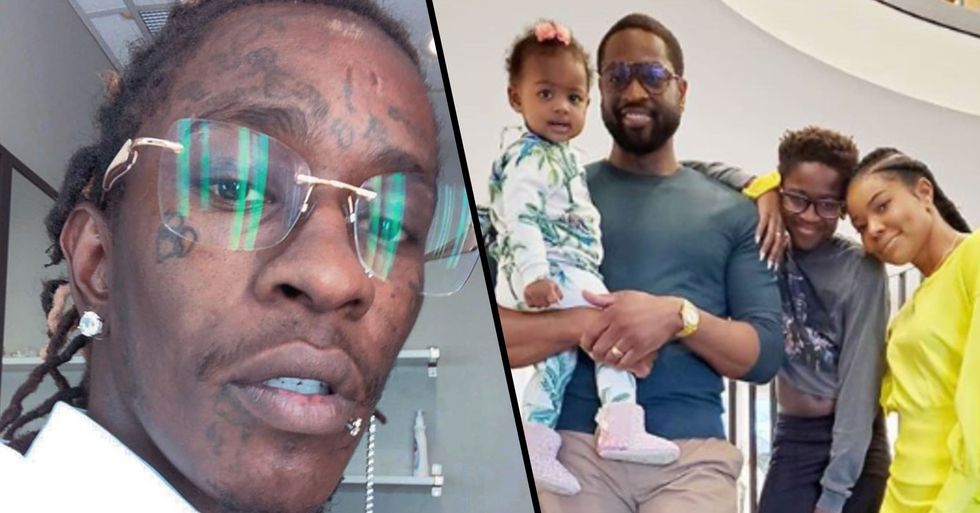 And because of his support, Zaya now identifies as a female... but of course, not everyone has been supportive.

Zaya is incredibly lucky to have such a supportive family around her...

But sadly, not everyone has been showing this type of support.

remember when young thug was wearing dresses and shit and on magazines and a bunch of us (me included) were support… https://t.co/ui3g3W7ILR
— Skin Care Bully (@Skin Care Bully)1582074632.0

And after being branded as transphobic, homophobic, and generally just a piece of trash, Young Thug deleted his tweet.

This is nothing to do with Young Thug... at all.

And the fact that he felt the need to speak out over the matter truly goes to show how narrow-minded and ignorant he really is.

Young Thug wasn't the only one to behave in this way...

Boosie Badazz posted a disgusting video on Instagram where he said, "I gotta say something about this s***, bro. Dwyane Wade, you gone too f****** far, dawg. That is a male. A twelve-year-old. At tweleve, they don’t even know what they next meal gon' be. They don’t have s*** figured out yet. He might meet a woman, anything, at sixteen and fall in love with her. But his d*** be gone—how he gon'—like, bruh, you going too far, dawg."

It is beyond us why people who have no relation at all to Dwyane's family feel the need to voice their ignorant opinions...

And the opinions of these 2 irrelevant men are nothing but disrespectful. Now can we please cancel Young Thug and Boosie Badazz...?