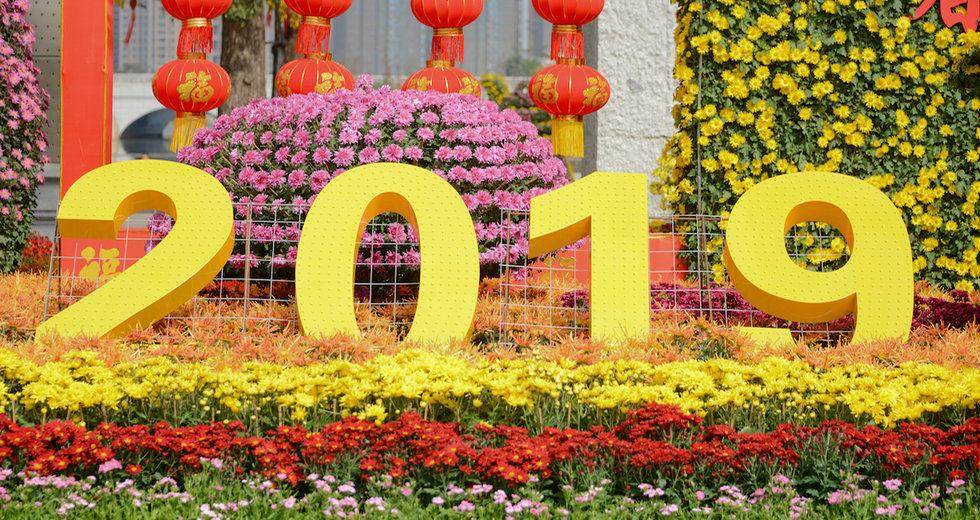 Your Chinese Zodiac Sign Forecast for the Year of the Pig

Some people swear by their zodiac signs. But to novices like me, it can feel pretty overwhelming. You don't just have one sign. You have your rising sign, your sun sign, your moon sign - it's all so much! I thought I was just a Leo, but apparently, that's not the case. You can find out your moon and rising sign by just knowing a few key facts about yourself, like your exact time of birth and what day of the week you were born on, and wah-lah! A whole new door of zodiac knowledge falls into your lap.

All of my friends are obsessed with zodiac signs, and I'll admit, it's definitely intriguing, and can be scarily accurate. Once you begin to explore the world of zodiac signs, it's pretty addicting.

What does the Year of the Pig mean?

The Pig is the twelfth of the 12-year cycle of animals that appear in the Chinese zodiac, in regards to the Chinese calendar.

There are 12 signs in the Chinese zodiac.

So what will the Year of the Pig bring you?

All you need to know is the year you were born, and you can find out what your Chinese zodiac sign forecast is. Shall we take a look?

Let's start with the Pig.

You may just be lucky when it comes to love...

But career-wise, it doesn't look like it's your year.

"If you're in, you're in" sounds promising though, when it comes to matters of the heart.

Your lucky colors are yellow, pink and green. Maybe that's the perfect color scheme for you to redecorate your house with?

Keep your emotions in check.

Blue and pink are your lucky colors this year. It also looks like you may need to grab your passport if you want to find love!

You'll also be ending the year healthier, so that's some good news.

But, yikes – your wallet may be hurting. Be smart with your finances!

You're going to have a year of better health than you've had lately! That's pretty exciting, right? Grey and green are your lucky colors.

Goals and love are hand-in-hand.

Being clear with your goals when it comes to love is a very practical, helpful piece of advice. Also, it's time to focus on that career of yours!

If you're born in the Year of the Rabbit, then surround yourself with yellows and pinks. Your wealth is looking pretty good.

You're going to have a great year.

Your career and love life both look like they're going to be great in 2019.

2019 is also going to be a great year for Dragons. Your "hot breath" is going to lead you to that special someone.

Your career forecast is quite interesting.

"It's dragons all the way to heaven this year." Fascinating...

Snakes might not want to put off visits to the dentist. Just sayin'.

Is this the year you go head-to-head with your boss?

Your year is all about self-love. Maybe it's time to take yourself out on a date and really treat yourself the way you deserve!

You don't have to stress about your health. Nothing too serious will come your way, thank goodness.

That is certainly exciting! It also looks like you're going to have peace when it comes to your love life. Hallelujah.

If you're a goat (not to be confused with a G.O.A.T.), then surround yourself with greys and blues this year, as those are your lucky colors.

The person of your dreams is out there!

You may just have to travel to find them. How exciting! Is this your Eat Pray Love year? One can only hope.

If you're born in the Year of the Monkey, it's time for that dreaded doctor's visit. Why keep putting it off?

It looks like you should be generous this year.

Especially if you're looking to get ahead in your career... Sharing your "peanuts" may go a long way.

Your summer is going to be very meaningful when it comes to your wealth.

If you're looking for love, you have to make the first move.

It's nerve-racking, sure, but it's worth it.

Blue and yellow are your lucky colors. You've also got to stay vigilant when it comes to your health.

And that's always good news, isn't it? Get ready to be flush with cash! (Said in your best Jean Ralphio voice.)

Want to know more about the Chinese New Year?

This video shows five things to know when it comes to the Chinese New Year. Who's excited for the Year of the Pig?

In life, we can always expect ups and downs.

But it's exciting to see so many positives in these zodiac forecasts.

Are you looking forward to the Year of the Pig?