@IvePetThatDog Is Proof That There Is Still Good, Wholesome Fun on the Internet | 22 Words 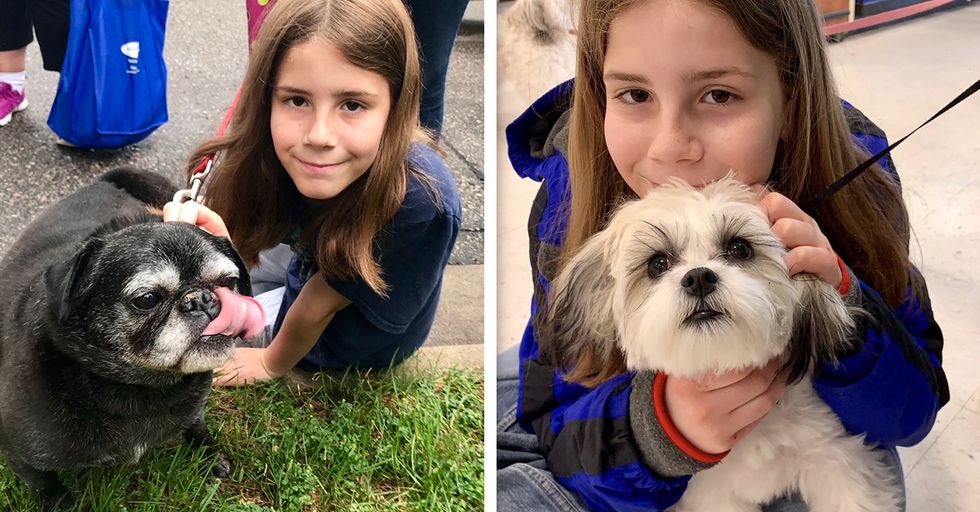 @IvePetThatDog Is Proof That There Is Still Good, Wholesome Fun on the Internet

Every once in a while, you come across a person who is much younger than you who is literally living your dream life. You feel ecstatic for them, and at the same time, a little jealous. OK, a lot jealous. That is what it was like for me when I discovered the Twitter account @IvePetThatDog. It is about to be your new favorite thing on the internet.

Ten-year-old genius Gideon goes around petting dogs, learning about them from their owners, and posting pictures of himself with the adorable pups. The kid is living the dream. He has been at it for a while and has amassed 202,000 followers on Twitter, which is insanely impressive. But the part that I am most jealous of is that Gideon has pet nearly 800 dogs since he started the account (which is supervised by his mom). That's a lot of dogs! @IvePetThatDog is the most wholesome thing on the internet, and it's about to make your day.

Zoey is a star and I can tell from this picture that she knows it. She deserves all the attention she gets.

Stranger is such a good name for a dog! Border collies are so cute, but they are super high-energy.

Oh my gosh, I cannot get enough of Gus's face. The lab/bloodhound mix is just irresistible. What a cutie.

Boo! I can tell that Boo loves getting attention from her humans. Her eyes have so much soul in them.

I absolutely love when a dog knows his picture is being taken so he smiles for the camera. Finn is such a supermodel.

I've known several dogs who have acted more like cats than like dogs, including my old dog, Lou. Cat-dogs are secretly the best.

Drake seems like such a good friend. Pit bulls get a bad rap but they are some of the sweetest pups around.

Delilah's droopy face is like that of a cartoon dog. She's so cute.

And this is Delilah's sibling, Gryphon! He looks like such a goofball. I bet he and Delilah are hilarious together.

I know the feeling of having to hold onto something to relax and occupy yourself. Winston is a quirky dog, and I love him for it.

Would you just take a look at this giant, wrinkly marshmallow of a dog? He's amazing. I cannot get over his face.

Bernese Mountain Dogs are so frickin' cute and they're perfect dogs to have if you live in a snowy area because they love it so much!

I am convinced that dogs with one blue eye and one brown eye can see you better than you see yourself. They just know things about you.

Australian Shepherds are really adorable, but they are herding dogs through and through, and they will try to herd any creatures that are around them, whether they're other dogs or children.

Wow, Pepper has lived quite a life. This little beagle still has a lot of life and energy in him though. I can tell!

She looks like a little bat with those ears, and I love her. I can tell that Matilda needs everything to be her way or the highway.

Look at Peter's body. It shouldn't work. Such a big head. Such tiny little legs. He is perfectly imperfect.

Maizy is truly a do-gooder of the dog world. I can tell she brings smiles to the faces of the people she meets because she made me smile, and I only saw her picture on a computer.

Look, Tucker has been around the block a few times. He's lived a full life. He's done taking commands, and frankly, I don't blame him.

As someone who grew up with them, I always have a soft spot in my heart for Newfies. They are, after all, the best dogs in the world.

Husky puppies always look so angry in the cutest of ways. They usually grow out of their grumpy faces, which makes me a little sad.

Oscar clearly knows he is a star who deserves all the attention in the world, and he rightly gets angry when he doesn't get it.

When you are a 14-year-old dog, you should get to do whatever you want whenever you want. Max gets it.

Therapy dogs are just the best, and I can tell that Mya takes her job very seriously while still remaining extremely lovable.

Coco is the perfect name for a chocolate lab who happens to love music! He's a really handsome dog.

I love Bernie and his tiny mohawk. His droopy face! What a unique looking pup. He seems like a real clumsy dog, and I love him.

Um, I love this dog's name. And her whole deal. Being a comfort to drunk college students is a noble cause.

I feel so much calmer just looking at this picture of Tom. He's gorgeous, and he seems to have life all figured out.