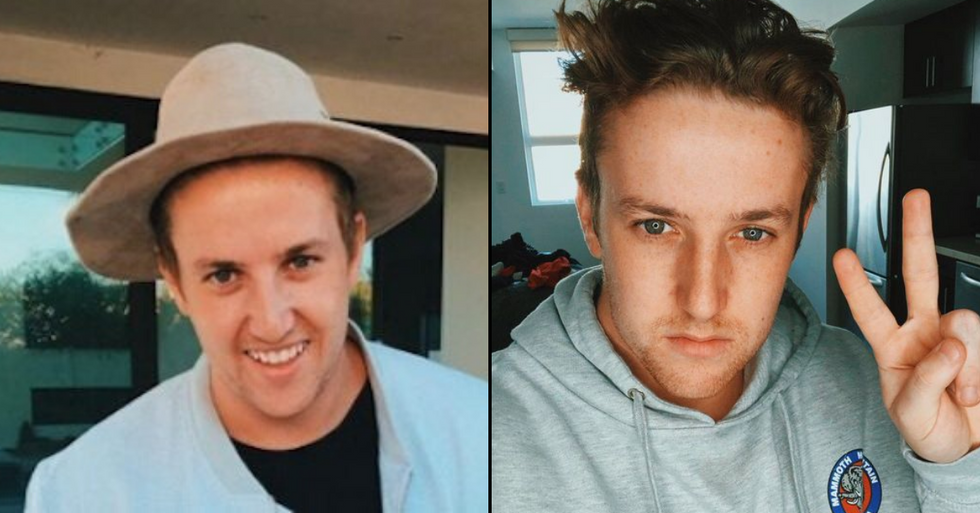 Beloved social media star Corey La Barrie has tragically passed away aged just 25 years old - and tributes have poured out for him.

Corey La Barrie was born in 1995 in Adelaide, Australia.

He rose to social media fame through his popular YouTube channel.

He'd also made forays into the world of reality television.

Starting with a stint on The Reality House in 2019.

The star has tragically passed away.

News of his death was broken by family members.

While Lissa claimed her heart was broken by the news.

"This isn't something I thought I would ever have to sit here and type out for a very long time or what I wanna do right now but everyone deserves to know, my brother Corey passed away last night in a car accident..."

"This is the hardest thing I've ever had to do I don't how I'm supposed to do this without you I miss you so much already this isn't fair thank you for always being the best big brother I could ask for I love you so f****** much life's never gonna be the same without you R.I.P."

While Lissa shared, "My heart breaks right now, on my son’s 25th birthday today... The accident killed him instantly. No words can describe the sadness I feel in losing a child."

"It just feels so unreal and I’m overwhelmed with grief. I love you so much Corey and will miss you so so much. It’s just so unfair."

La Barrie's cause of death was a car accident.

His friend (and Ink Master star) Daniel Silva was driving a McLaren sports car when the two hit a street sign and a tree.

There have been claims Silva could actually be indicted for La Barrie's murder.

Tributes have already begun rolling in for the late star, including from Rebecca Black and Ethan Dolan. And tragically, this isn't the only life cut short in 2020 ...