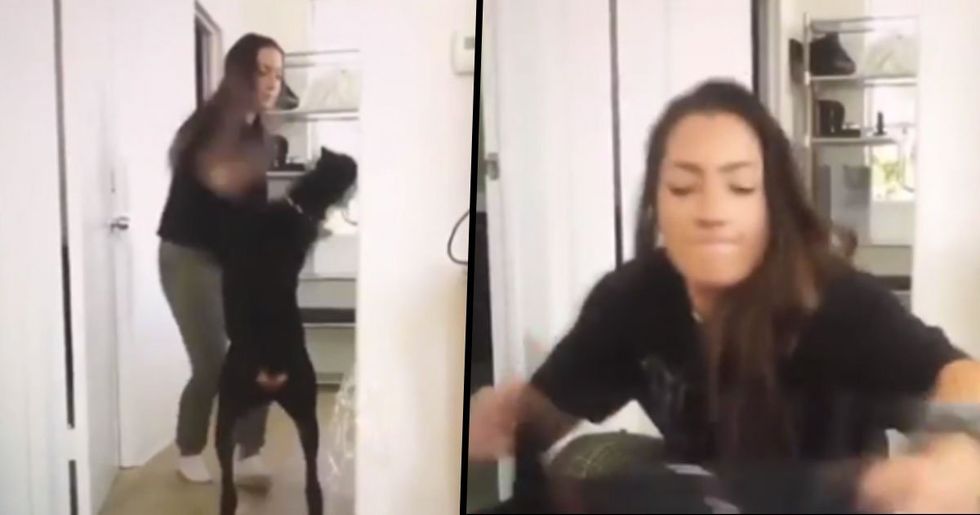 It was announced that the Los Angeles Police Department has been made aware of the video, and investigated Houts for animal cruelty.

But some had hopes for a harsher punishment.

If the case goes to court, Houts could have faced a hefty fine or even potential punitive sentencing.

And it's now been revealed that the LAPD has come to a verdict on the case.

As of right now, Houts's Doberman remains in her custody - in spite of the fact that there's clear proof of this dog's poor treatment at the hands of the YouTube star.

Their reason behind their decision?

They claimed although the behavior exhibited by Houts is less than exemplary pet owner behavior, it doesn't constitute proof that Sphinx is in imminent danger.

Even though the actions Sphinx is subjected to by Houts do constitute some level of mistreatment, his life and physical health are not currently at risk at the hands of the YouTuber.

Although this may not be the end of the story.

While the LAPD has determined there's no immediate danger, they're undertaking a more thorough investigation into Sphinx's life and the conditions within Houts's home. When this is complete, there's a chance Sphinx will be taken from Houts by the Animal Cruelty Task Force.

But while this is ongoing, people are still really worried about Sphinx.

Many animal cruelty charities have Tweeted in concern for SPhix - although whether this will make any difference to the investigation's outcome remains to be seen. Sadly, this isn't even the first time that a vlogger has been caught abusing their pet on camera. Read on for the story of a Twitch user who was caught in a similar crossfire.