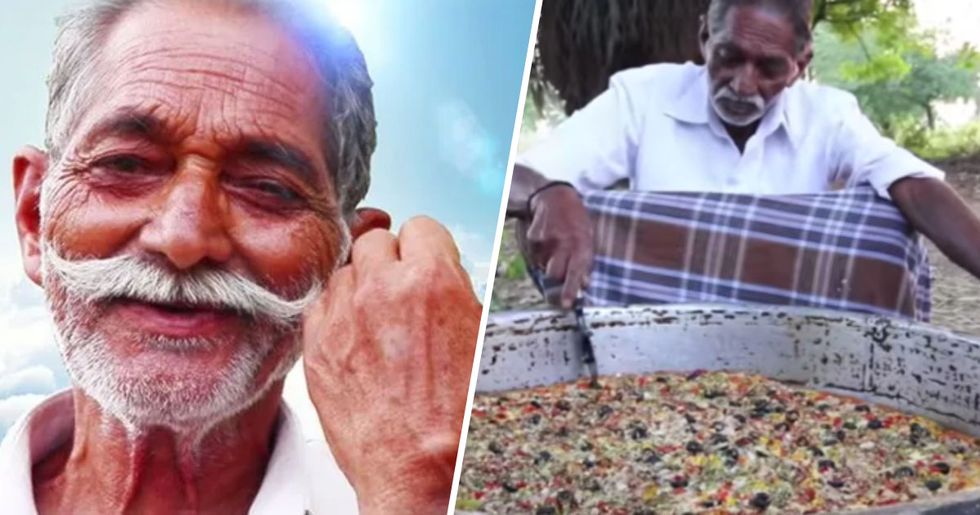 Youtuber Grandpa Who Makes Epic Meals for Orphans Passes Away

YouTuber and charitable chef, Narayana Reddy, or better known online as Grandpa Kitchen, has sadly passed away at the age of seventy-three.

Reddy, who had accumulated over 6 million subscribers on the streaming platform, dedicated his channel to cooking various meals in large quantities and then donating the food to orphans and other people in need.

Grandpa was a true hero in the community, and grieving members of the neighborhood have been remembering his kindness and generosity.

A tribute video has been posted on the Grandpa's channel, and it demonstrates the sheer magnitude of the effect he had upon the community.

Narayana Reddy did so much good in the world.

The elderly man, from Telangana, India, charmed millions across the world with his wholesome videos, in which he would cook vast meals to feed to the orphans and the needy.

And his humble and modest approach to cooking in large quantities proved to be immensely popular, as the page exploded to over 6 million subscribers.

Each video had a charitable goal.

Grandpa teams up with three other men in each video to make absolutely gargantuan meals. But the food was never for them, as they consistently donated all of it to local orphans or those in need. Throughout every video, he recited his iconic catchphrase, "Loving, caring, sharing: this is my family."

The channel is run by his son, Shrikant Reddy, and each video has a truly traditional Indian feel to it.

Though he covered a variety of different cuisines.

Despite Grandpa being based in India, he made sure to cook various meals from all sorts of different cultures. From the more traditional Indian dishes like chicken biryani to our country's favorite macaroni cheese, Grandpa made sure to cook something for everyone.

However, his cooking methods may be a little difficult to replicate at home...

Most of Grandpa's cooking was done outside, often over an open fire - But this rustic quality only enhanced the charitable charm of Reddy and his channel.

Reddy dedicated his life's work to helping others.

The elderly man’s biography on his Patreon account reads, "We entertain people by cooking food and donate the proceeds to charities. Our goal is to provide basic necessities like food, clothing, school supplies and birthday gifts to the orphans."

People were completely heartbroken to hear about his passing.

Details around his death have remained undisclosed.

But it can be assumed that Grandpa, who was seventy-three-years-old, passed away from age-related reasons.

Grandpa appeared in a live video streamed onto his YouTube channel, in which he gave updates on his health and the channel's activities.

The chef was visibly frail in the video...

But, despite his deteriorating health, he seemed in good spirits,  hearing from fans from all over the world.

The community and the rest of the world, has now gone into mourning.

And a beautiful tribute video has been posted to Reddy on his channel.

And, in heartbreaking scenes, shows an elderly woman, who can only be assumed to be his wife, sobbing by his lifeless body.

You can watch the full tribute video here.

And it isn't just his local community who have gone into mourning - His online following is grieving, also. One person prayed "God grants grandpa heaven," another described Reddy as a "pure-hearted person" before saying he will "forever live in our hearts." Another wrote, "Been following him for a long time and I can’t really put into words how painful this is for me."

Not many people quite like Grandpa will grace this earth, but let's just hope that his legacy can be continued through his family and loyal online following.