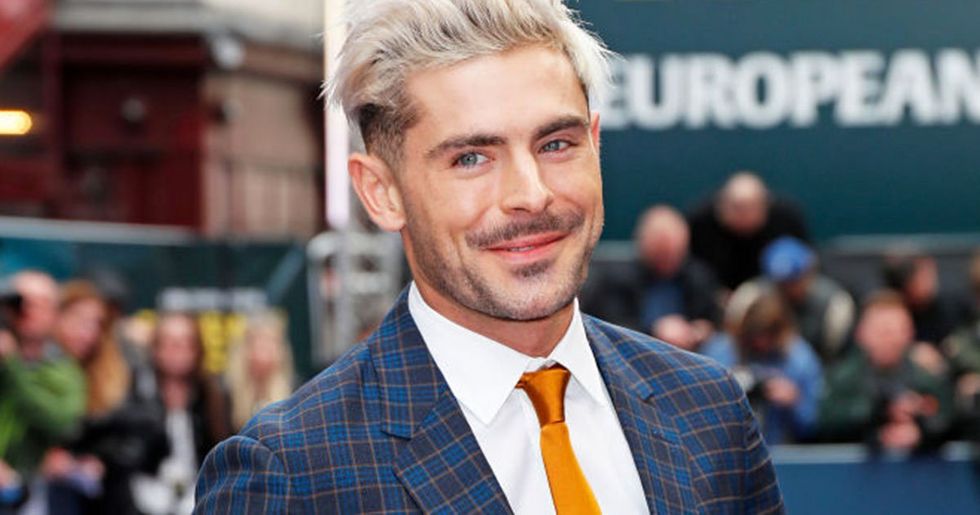 We've all had a crush on Zac Efron at some point in our lives... And if you say you haven't, then you're lying to yourself and everyone around you.

Though he first rose to fame as the cute adolescent Troy Bolton in Disney's High School Musical franchise, he has now grown to become one of the biggest heartthrobs of the decade.

And he certainly knows how to get his fans hot under the collar. The actor recently posted a photo which shows him relaxing - half-naked, might I add - in a sauna. It's all very steamy and sensual, as you can imagine. However, there's one thing that eagle-eyed Efron lovers have noticed... You can blatantly see, what fans believe to be his manhood, through his shorts.

Do I even need to tell you to keep scrolling?

We've enjoyed over a decade of Zac Efron goodness.

And there was now a strapping young man stood in his place.

He began appearing in many more R rated movies...

I would quite happily get swept out to sea with this delightful combination...

And, yes, Zac did the impossible...

He managed to make thousands of women suddenly become attracted to a serial killer... Despite his lack of Baywatch abs. If that isn't a skill, I don't know what is.

And people were going that crazy over the new, and "hot" Ted Bundy...

I've seen a lot of talk about Ted Bundy’s alleged hotness and would like to gently remind everyone that there are l… https://t.co/RJGYVMZX17
— Netflix (@Netflix)1548699481.0

That Netflix had to step in to gently remind everyone that Ted Bundy was, in fact, a demented serial killer and rapist, and that there were plenty of other "hot" actors to drool over on their streaming service.

To cut a long story short...

Zac Efron is an incredibly attractive man. There, I said it.

And, with his 40.5 million-strong following, his half-naked selfies are obviously working.

But his latest post has caused a little controversy...

Because fans are convinced that he accidentally revealed his manhood. Yikes.

Here it is, ladies and gents.

The incriminating photo, in its full glory.

Many people were thrown off by the mysterious shape sticking out of the elastic of his pants...

One said, "What's coming out of his pants?" While someone else joked, "I had to do a quick little double-take and zoomed in on this picture." But, oh... It turns out to simply be the elastic string of his shorts.

Though his fans were still thirsty as hell, with one social media user even stating that she wants the actor "to ruin her life". Fair enough...

But some people were more distracted about Efron's sauna technique...

I mean, who even wears shorts into a sauna?! But this isn't the first time people have lost their minds over a deceiving photograph of the actor - Keep scrolling to read about the time a picture of Zac riding a horse caused his fans to completely lose their minds...