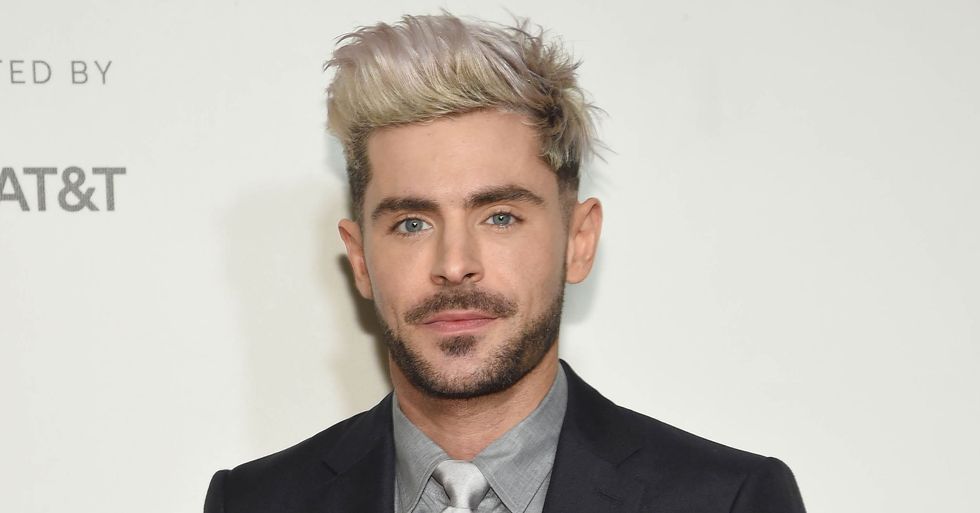 Zac Efron might have been keeping his relationship with his new girlfriend on the down-low, but the hot tea is now spilling after cute ass details about how they originally met have been revealed.

But now Twitter has noticed something about his new squeeze...

Zac Efron has been on our screens for well over a decade now.

Others couldn't stop talking about something else altogether...

His on-screen relationship with Lily Collins.

It led to speculation about the pair and if they were seeing each other off-screen too. I mean, the chemistry was undeniable, but maybe that's because they're just amazing at their job...

Those rumors have been completely squashed after we recently found out that Efron was actually seeing someone else...

And she's just a regular girl next door with a normal waitressing job.

That's right, ladies, she's currently living all of our teen fantasies after she met him on the job.

Tucked away somewhere in the heart of Australia is a cafe where twenty-five-year-old Vanessa Valladares works and on one lucky shift, she came across the actor and the two immediately hit it off, according to reports.

And the pair started hanging out before taking a ski trip together before the world went into lockdown. A source at the outlet said this: “You can tell that they are having fun. She spends a lot of time at this house."

Apart from sharing the name with his most prominent ex, she is apparently nothing like the women he's dated before.

First of all, she's a non-celebrity with regular aspirations like the rest of us. Well, we should have seen that coming after TMZ recently revealed that he was “burnt out living in and around Hollywood." He seems to be tired of the hustle and bustle that fame brings with it.

And I'm dying to see how it's going to play out.

Even though Efron hasn't been vocal about his newfound love, it seems as though things are going well.

Paps have caught them out and about together on lots of different occasions, from sharing a healthy takeaway to being snapped together with matching cans of coconut water.

According to multiple other media outlets, Vanessa has been a good influence on him.

Efron has long given up his days of partying for a cozy night in with his new girlfriend. Us Weekly reported that they are spending “a lot of time" together which means “most nights," and the pair are “very smitten with one another."

They both love to be “active" in the outdoors, this person continued, adding that Valladares has “calmed [Zac Efron] down a lot, and he’s not partying too much."

Instead of binge drinking in the back of clubs, they would rather spend time together outdoors.

From sporty getaways to cute brunches, the two seem to have found the activities they like spending their time doing. Ugh, isn't this exactly what fairytales are made of? I love them being in love.

Anyway, the cuteness continues as The Cut recently revealed that he may even be planning a permanent move.

Well, it's ideal, isn't it? He wants out of the big-name Hollywood life and has suddenly bagged himself an Australian girl? The move down under might just do him some good. Not to mention that Australia is literally home to some of the best natural landscapes and adventures.

Even Daily Mail has reported that the two look like "any other local couple."

If someone hasn't already made this movie, can you do it now? And it has to star Zac Efron and Vanessa Valladares or we don't want it.

And now fans have noticed something else...

Honestly, we kinda do!

We hope this blooming romance lasts a lifetime and then some.

Well, the picture might not be completely clear as an old Vanessa in his life has recently gone on the single market and fans are hoping the two will reconsider their old relationship... Keep scrolling for all the details.