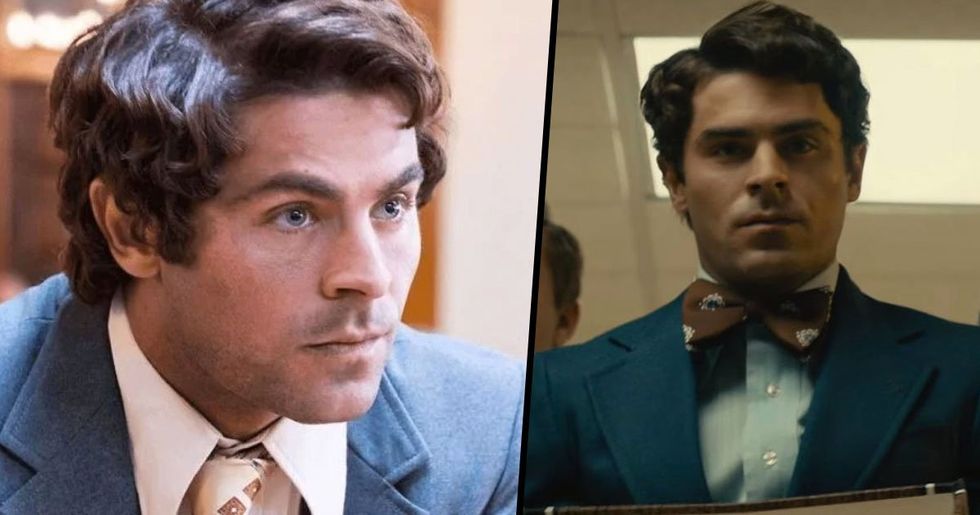 The highly anticipated film about the serial killer and his two-faced personality is finally coming to Netflix and, with Zac Efron and Lily Collins as the leads, the movie's sure to be a hit.

Ted Bundy's case was an incredibly high profile one, but it wasn't just because of the dozens of murders that he had committed before getting caught. His charming and attractive character took people by surprise.

In Extremely Wicked, Shockingly Evil and Vile, the story is told from the perspective of Bundy's girlfriend, who refused to believe that he committed the horrible crimes that he was being accused of.

To prepare for the role, Collins got the opportunity to meet Bundy's girlfriend in person. But the stories that she heard were enough to give her nightmares.

Meanwhile, Efron has been dealing with an abundance of criticism. Many people didn't approve of the decision to cast someone as attractive and universally loveable as Efron to play an evil serial killer. The actor eventually explained his own reasons for accepting the role. Read more on that, later.

Together with the release date, Netflix has shared a new trailer for the movie, and there's nothing charming about it. Efron's performance is chilling. See the video at the bottom of the page!

Zac Efron surprised - and even angered - the world when he accepted the lead role. The film is based on Elizabeth Kloepfer, Bundy's girlfriend's, memoir, The Phantom Prince: My Life with Ted Bundy, and it's told from the perspective of Liz, says Deadline, who refused to believe that Bundy was guilty of the crimes.

The cast also consists of other famous names, such as Kaya Scodelario and Jim Parsons.

It's predicted to be a huge success at the box office. And it should be, considering Netflix has paid $9 million for the rights to the movie.

But who was Ted Bundy?

As Heart puts it, Bundy was an "American serial killer, who kidnapped and assaulted many young women and girls during the 1970s." But that's not the only reason that his case is so well-known.

It's his surprising good looks and charisma that won over not only his victims, but many of the people who watched his case unfold.

Bundy used these traits to approach women in public places, pretending to be injured, winning their trust, then assaulting them in more secluded locations.

Eventually, Bundy confessed to murdering thirty women, but it's believed that there were many more victims.

He was given the death sentence and was killed in the electric chair in 1989 at forty-two years old. What about his girlfriend? Where is Elizabeth Kloepfer?

Heart says that the actress got to meet the real Elizabeth in person as she prepared for the role.

She even got to look at some of Bundy's handwritten notes.

Kloepfer met Bundy in 1969 at the University of Washington, School of Medicine, where he was studying psychology.

She was a secretary.

Kloepfer and Bundy met in a bar. From there, a six-year relationship between the two ensued.

Kloepfer published her memoir in 1981.

The book was titled The Phantom Prince: My Life with Ted Bundy.

However, her current whereabouts are unknown.

Most likely to protect her privacy as, we're sure, with the release of the movie, her life would become a nightmare. Again.

Collins later explained to Collider what it was like experiencing the case from Kloepfer's perspective.

She said, "This is really a story where we get to feel empathy for a victim who is still alive."

"I got to visit [Elizabeth] and her daughter and ask questions about Bundy and their relationship."

"I got to hold handwritten notes that he had written her, and see photos that no one had ever seen before," she added.

"And to hear her experience with this story and to feel what she went through felt so relatable, not that I've been in her situation, but every young woman dates and goes out... "

"You think you know who someone is and sometimes they turn out to be different."

Daily Mail says Collins had a hard time preparing for the movie.

The month before filming was "terrifying." She was "taunted" by horrible visions every single night.

"I actually had an awful time in prep for it," Collins said.

"I woke up every single night at 3 or 4 AM for a month. I was woken up with visions of destruction around rooms, logs, and broken glass." There wasn't anyone in her dreams, but "every night at the same exact time [she] would have these flashes of visions."

Collins didn't look at the gruesome photos of Bundy's murdered victims because she wanted to be able to relate to her character, who didn't know anything.

"I was just taunted," she said. "It was daunting for me. I was visited every night." While Collins battled those horrible visions, Efron was dealing with criticism.

As Joshua Rogers from The Hook, noted, Ted Bundy was nowhere near as good-looking as Zac Efron is.

Why make a loathsome serial killer look so attractive? Rogers suggests that Efron must have been cast to attract viewers.

But, like Efron, Bundy was known for being very charismatic and charming.

And Netflix recently released docu-series, Conversations With A Killer, and it's been pretty popular. This means that people are intrigued by Ted Bundy's case. So maybe the casting of Efron wasn't a clever tactic to get viewers interested in seeing the movie...

A lot of people were very much against the casting.

Efron has recently spoken out about the criticism that was thrown at him when the world found out about the casting, explaining his reasons for taking the role.

He admitted that he was, at first, reluctant.

But he was also intrigued. "Initially, I had reservations about playing a serial killer," Efron told Variety.

"I’ve seen people make horror films like this before, and it seems like an aggressive play to separate yourself from a perceived image."

But he couldn't miss the opportunity (and challenge) to bring out the "deceptively charismatic and attractive characteristics" of Ted Bundy that shocked the world so intensely.

"The most exciting thing for me was being able to sort of lend that Ted Bundy charisma to the part."

He added, "I hope that comes across the most."

And it seems that he's done a really good job.

The film has recently premiered at the Sundance Film Festival and, The Hook says, a lot of people seem to think that this might just be Efron's best performance so far.

Benjamin Lee from The Guardian has praised Efron's acting.

"As Bundy, [Efron] ruthlessly weaponises the boyish charm that’s propelled much of his career, slyly convincing us of the spell he cast, not only on Liz (Lily Collins) but the many other women who were fighting his corner, sure of his innocence."

He adds, "It’s the career-changing moment he was clearly seeking [...] a juicy opportunity to break away from his pretty boy shackles and prove that he’s deserving of more dramatic work."

But Efron isn't the first ex-Disney star to play a well-known serial killer on screen, according to Polygon.

Up until now, the official release date of Extremely Wicked, Shockingly Evil and Vile was unknown. But the secret is finally out.

The film will be released on Netflix on May 3rd, Deadline says.

Surprisingly, it will also premiere in theaters on the same day. Why? Watching on Netflix would be cheaper - or free if you have a free trial period, Rogers says.

Together with the release date, Netflix also shared a new trailer.

Director @JoeBerlinger made his chilling new film #ExtremelyWicked to give viewers the same experience of betrayal… https://t.co/OMD4P3MsVi
— NetflixFilm (@NetflixFilm)1554223182.0

But, Polygon writes, this one doesn't make the serial killer's case look as "glamorous" and "rockstar-like" as did the trailer prepared for the festival.

The new trailer is much more "chilling" as it focuses on the real horrors that Bundy caused.

Together, these trailers show the two sides of Bundy that both wowed people and horrified them.

The trailer also focuses on Kloepfer as she tries to figure out the truth.

"Did you do it?" she asks him twice. We'll definitely be watching this one! What do you think?