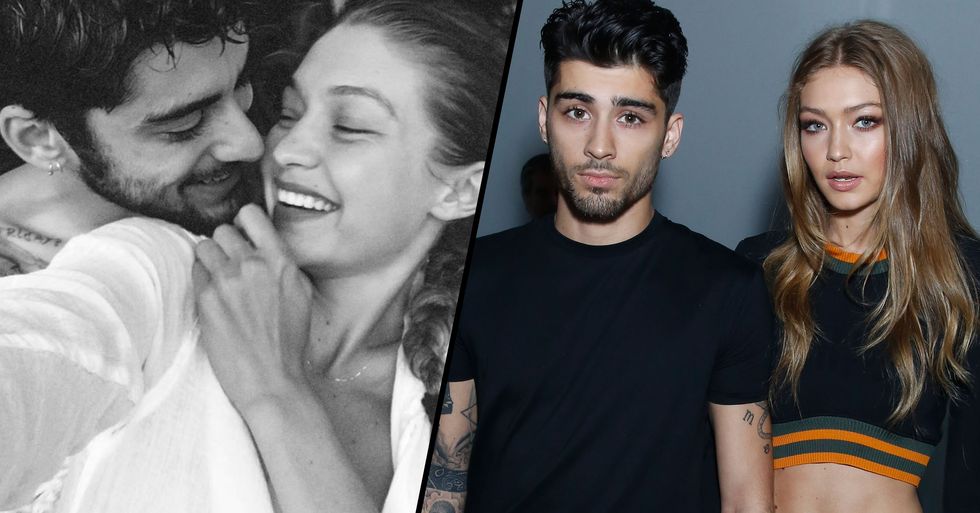 Yesterday, the internet was catapulted into a frenzy when it was reported that Gigi Hadid and Zayn Malik were expecting their first child together. But now internet sleuths suspect there's been another relationship development...

But yesterday, Gigi hit the headlines for another reason.

TMZ has reported that family sources say the 2 are twenty weeks along - and this has been confirmed by Gigi's mom, Yolanda. "Of course we are so excited. I'm excited to become a grandmother in September!"

Some eagled-eyed fans think they already know the baby's gender.

Fans have been digging into the pair's recent social media posts and came across something interesting, let's say.

Now, not only are fans convinced that the couple have had a gender reveal party...

And now TMZ have offered confirmation on the subject.

In spite of what some fans though, a source claims the two are having a baby girl!

And now eagle-eyed fans have noticed something else.

Many suspect Zayn has proposed to Gigi thanks to a brand new tattoo on the star's arm.

Spotted while showing off his new bracelet ...

His tattoo is a reading from the famous poem "On Marriage" by Kahlil Gibran. Could this be a hint at the couple's future?

Either-way, huge congratulations to the pair.