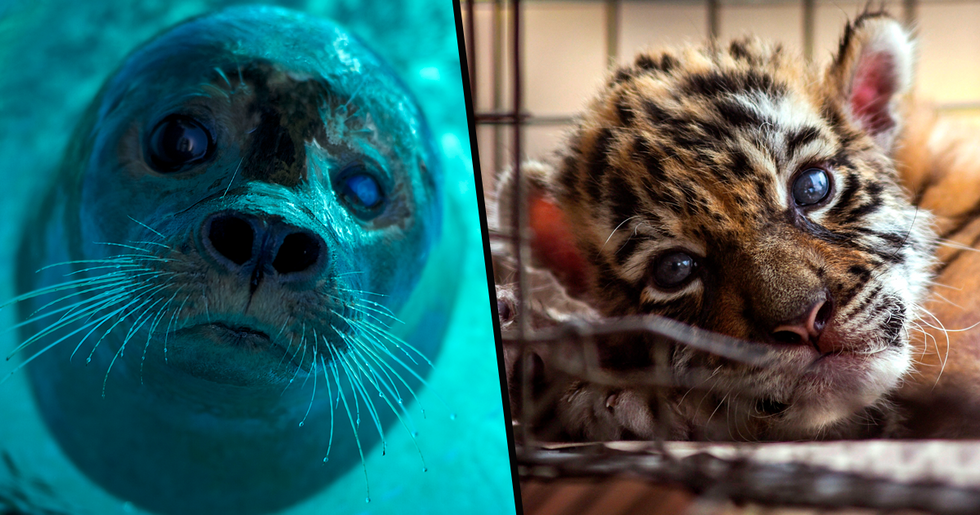 Amid the pandemic, zoos are really struggling. Unlike many businesses, zoos are still having to continue operating, but without money from visitors.

For one zoo in Germany, their struggles have reached new levels of desperation this week, as it has been revealed that they may have to start feeding animals to each other to stay afloat.

And that isn't the only awful measure they may have to take. Keep scrolling to read this heartbreaking story...

It's not just people affected by the current lockdowns - it's animals too.

And now, over 2 million globally have been infected with the virus.

Remaining isolated is the safest option for many.

But others are coming up with inventive ways to stay entertained.

Others are finding solace in their work.

But sadly, the fact remains that many industries have been incredibly hit hard by the pandemic.

Including zoos, with many struggling to stay afloat in these uncertain times.

Zoos still need to be able to take care of their animals...

But, due to being closed to visitors, finding the money is easier said than done.

Unlike some other businesses...

I adopted a llama from our local zoo as they were struggling with funds to feed their animals. If you can donate an… https://t.co/CNS6rqX0bQ
— Lois Birkinshaw (@Lois Birkinshaw)1586864323.0

Zoos can't just go dormant and still have to maintain enclosures and feed the animals.

The money would help care for the animals amid state-imposed lockdowns.

But this week, there has been some tragic news...

A struggling German zoo has composed a heartbreaking proposal citing the stark future its animals could face.

Neumünster Zoo is in the clutches of a complete feeding crisis.

And the proposal outlines the drastic measures that may have to be taken to stay afloat.

According to the BBC, the zoo belongs to an association and is therefore not entitled to financial relief from the state, leaving the zoo with barely anything to survive off and relying on donations from the public.

Kaspari predicts that the business could lose almost $200,000 this spring.

“If it comes to it, I’ll have to euthanize animals, rather than let them starve," she said.

But, even more worryingly...

“We’ve listed the animals we’ll have to slaughter first​."

Kaspari didn’t directly list which animals will be slaughtered...

But she admitted that the "unpleasant" measure may still not be enough to stay afloat. What a truly awful situation.
20%