According To Science, These Traits Make You More Beautiful Than Anyone Else | 22 Words 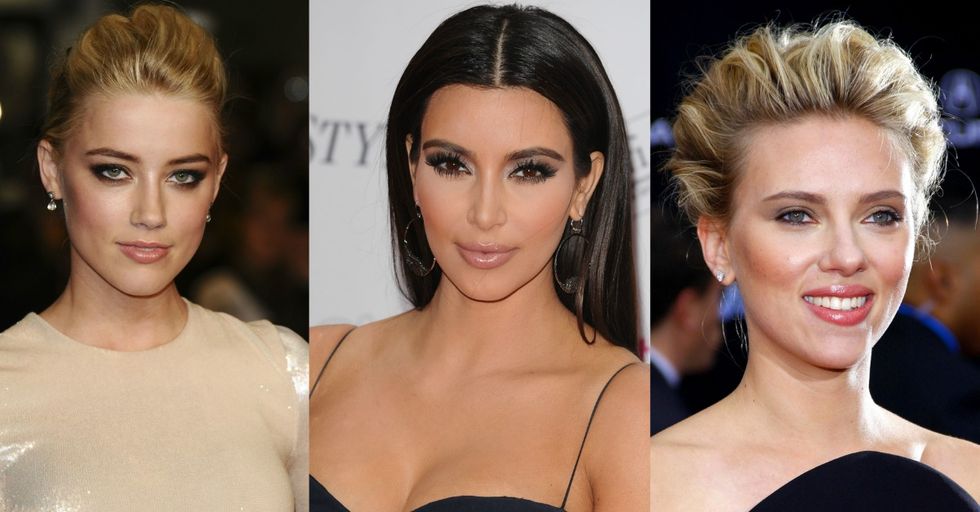 According To Science, These Traits Make You More Beautiful Than Anyone Else

Forget trying to find life on Mars, cure the common cold, or create clear deodorant that is actually clear. No, science — specifically Dr. Julian De Silva of The Centre For Advanced Facial Cosmetic & Plastic Surgery in London — has determined who has the most beautiful face in the world.

Spoiler alert: It's not you.

No, it's Amber Heard, who has the most mathematically perfect face using the Greek “Golden Ratio."

What is that? Simply put, it’s a perfect ratio combination of eyes, eyebrows, nose, lips, chin, jaw, and facial shape. And Amber here is 91.85 percent of the Greek ratio φ (Phi). Not content with just finding the perfect face, the good doctor also went on to reveal which people have the most beautiful features in the world, and then created some sort of Frankenstein of what the most beautiful woman could possibly look like.

She would have Kim Kardashian’s eyebrows.

The alluring eyes of Scarlett Johansson.

The lips of Emily Ratajkowski.

And then back to Amber for the chin.

Put together like some mutant sexy Mrs. Potato Head, you get this.

I don't know, guys. I'm not saying this woman isn't attractive, but she's also not as striking and rather generic, proving that it's those unique qualities that really make people stand out. All of that to say this is pretty much a ridiculous ratio and beauty can't be confined to a simplified formula — and of course, it's only skin deep — but it's Hollywood.

If you want to find out your own ratio of hotness, here's the formula:

Good luck with that!