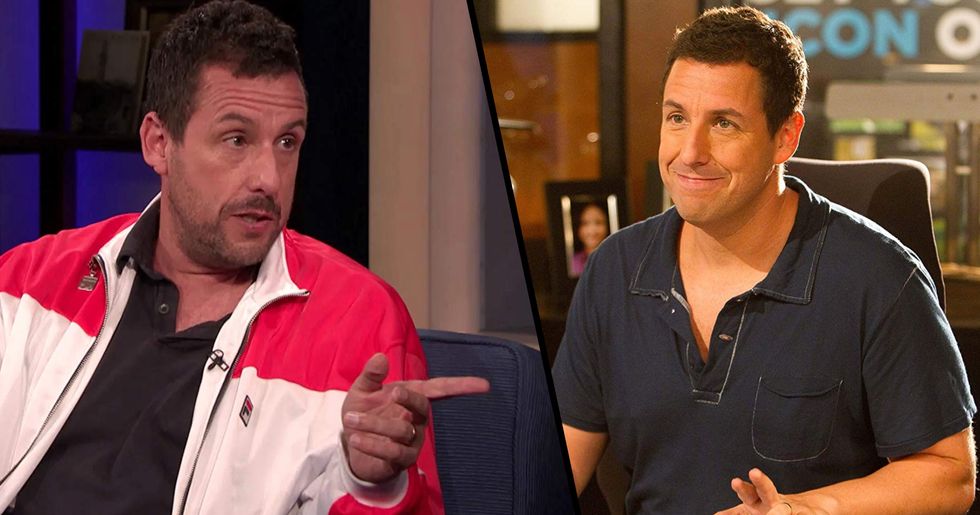 Adam Sandler, despite being one of the most-loved comedic actors in Hollywood, isn't known for starring in the most critically acclaimed of movies. Harsh, I know. But it's true.

As much as we love him, we've got to admit, he often stars in chick-flick comedies, which don't tend to fare too well on cynical movie rating websites.

But ahead of the release of his new film, Sandler has spoken out about his plans for future movies.

Sandler has continuously struggled at the hands of movie critics, who often raised their eyebrows at his goofy performances.

As his most recent movie has scored a staggering rating of 100% on Rotten Tomatoes. No easy feat, to say the least.

The movie, titled Uncut Gems, is an electrifying new crime thriller created by the acclaimed filmmakers, Josh and Benny Safdie. There is no trailer yet available, and they have released only this one-shot as a preview.

It has even been predicted to be a winner at the Oscars...

In Rotten Tomatoes' "Ridiculously Early Oscar Predictions" list, Sadler has made the list to be a potential Oscar winner for the "Best Actor" award, with them stating: "He is beloved by many, but he has not been much of critical darling, especially lately. That being said, when Sandler teams up with indie directors, good things happen."

Because, according to Rotten Tomatoes, the film won't be out in theaters until December 13th this year.

It seems that Sandler himself is pretty confident in the movie...

And he has even promised a forfeit if he doesn't win an Oscar for his portrayal of the debt-ridden jewelry store owner Howard Ratner.

Sandler made these amusingly self-aware comments during an appearance on The Howard Stern Show, a mere day after he was bested by Adam Driver in the Gotham Awards Best Actor category.

Sandler would be amused if he was to win an Oscar...

Speaking with Stern, the actor joked about how "shocking" it was that his latest film was being so highly praised, remarking it would be a "funny big thing" if he ended up being nominated for an Oscar.

He's made the ultimate threat...

The movie must be pretty good...

Watch the interview for yourselves here.