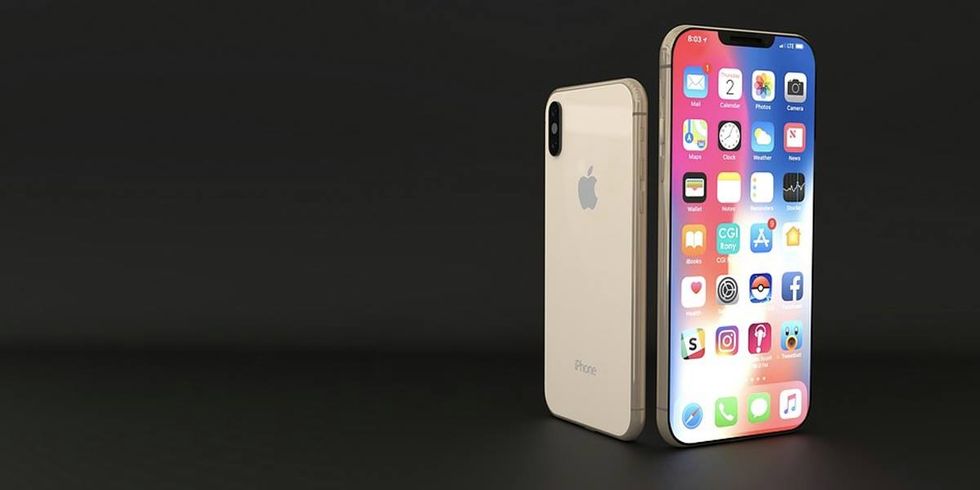 Apple To Fix Bug That Made iPhone XS Selfies Too Good

Apple is set to fix the bug that made your selfies just a little bit too good, it has confirmed.

The update will roll out with the new iOS, and Apple has even explained just what caused the issue.

Users reported that the camera 'smoothed' their face, and some people aren't happy.

Apple have admitted that they are working on a fix

When the iPhone XS dropped, it came with a bizarre bug which made selfies look too good.

Personally, I reckon it's a good thing to have a selfie make you look good, but people have been complaining.

They even called it #beautygate

Basically, sufferers were reporting that the front facing camera on the iPhone XS was making their faces appear much smoother.

It's also a problem on the iPhone XS Max

That's because the front facing camera on the two devices are the same.

Thankfully, Apple have admitted the problem, and are working on a fix

It began to hit the mainstream when Abdul Dremali (above) demonstrated the smoothing in a side-by-side with the iPhone X.

And it turns out, he was bang on

This would be fine if the camera had image stabilisation, but it doesn't

This is why we're stumped with a blurrier shot, which results in a smoother-looking selfie.

Of course, this would seem like a good thing

But fundamentally it is occurring because of a fault, and people want the fault to be addressed.

Despite this, plenty of people find the idea pretty appealing

If you're not in the tech sphere, it's quite bizarre to hear about people complaining of looking too good.

But to the tech-savvy, it's a big deal.

Speaking to the Daily Mail, Lewis Hilsenteger of Unbox Therapy, said: "At first I was like, let me get to the bottom of this. This is probably some kind of processing thing that I can turn off "I can just dive into the menus, like on other phones that have beauty modes. Like on Samsung, or Huawei, and so on. Maybe I can just toggle that down to zero. "But of course there's no mention of beauty mode because Apple never admitted to doing any kind of beauty mode."

Because it tells us that Apple didn't deliberately include any kind of beauty mode in the iPhone XS and XS Max cameras, and that it's the visual noise reduction features which are the problem.

Saying that, it still shouldn't really be an issue

And turning off the Smart HDR camera doesn't help either, as this mode help capture shadow and light.

Thankfully, it'll all be over soon

And we can go back to our dog Snapchat filters without a worry in the world.

At least, that's what you thought...

Because of course there are more problems with the iPhone, and this is actually something rather more serious than a bad selfie.

Because it relates to the size of the iPhones, which has been labelled by some to be exclusionary to women.

All of this is according to feminist campaigners anyway, who say that the XS models are not designed with women in mind.

Makes this seem more than a bit trivial

Female critics are claiming the XS models are more difficult for women because their average hand is an inch narrower than the average man's.

She said she had RSI

And she claimed it started with the iPhone 6, and disappeared when she bought the SE.

She said it might sound silly, but it's a serious problem.

She told The Telegraph: "It genuinely does affect women's hand health - women do buy more iPhones than men - it just baffles me that Apple doesn't design with our bodies in mind. "We should be furious about this, we are paying just as much money for it as men for a product that doesn't work as well for us."

This was backed by politicians in the UK

Jess Phillips, a member of UK parliament, said companies do tend to design products with men in mind. She said: "In so much design and technology development the default standard is always that which suits a man. "Companies have got to get better at recognising that their idea of normal should account for all their customers."

But where does this come from?

Some people have claimed it's the lack of female leadership in Apple management which is the problem.

It seems the obvious thing to do is to hire more senior women in Apple and address business imbalances.

But is there a gender pay gap?

Actually, in some regional headquarters, the pay gap is as large as 24 per cent. And male bonuses have been known to be about 50 per cent higher than female.

But it's not looking like this will happen any time soon

While Apple are quick to roll out updates on selfie issues, longstanding imbalances in the structure of the company seems less of a priority.

When Apple announced the XS Max, they kind of put their foot in it

MArketing chief Phil Schiller said they wanted to reach as many customers as they could with the new phones, and feminists reacted appropriately.

But let's be clear about something

Apple aren't evil, and they're not deliberately setting out to design iPhones which injure women, they're just not recognising women as consumers.

Apple did create a bespoke iPhone for the Chinese market, but because they can't see immediate demand, there's no incentive for them to do this.

Think about how much money could be made from a top-of-the-range phone which could be designed to be used by women as comfortably as men.

But in the meantime

We'll just have to make do with our improved selfies.