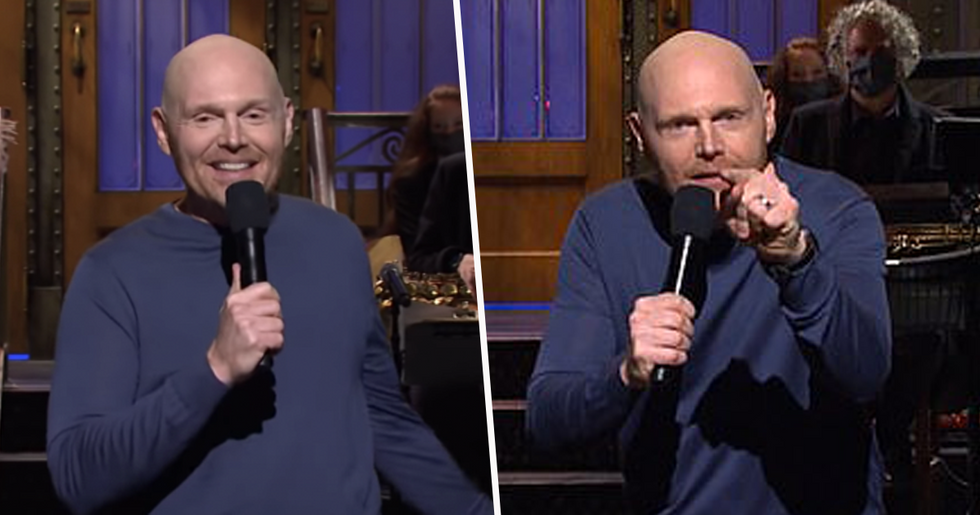 Bill Burr Angered a Lot of People With His 'SNL' Monologue

SNL is basically an American Institution at this point. Think of a famous comic actor of the past years and it's hugely likely they will have got their start on the late-night variety show. Since it's a premiere in 1975, it's given us way too many iconic moments to count.

But one moment on SNL has recently triggered the masses and it was Bill Burr's monologue.

Keep scrolling to take a look for yourselves.

And of course, they're well known for ruffling feathers.

Comedy always comes at a price and in the age of "cancel culture", it can be hard to know where to draw the line.

While some comedians opt to stray away from sensitive subjects...

Others embrace them wholly.

And what better show to be controversial on that SNL?

And when I say a lot of people, I mean almost every single person on the planet.

He went through them all; white women, gay people, cancel culture and even coronavirus. Talk about topical.

While it was well-received by some, who branded it as nothing short of exceptional comedy...

Others were simply left in a blundering puddle of their own tears, calling for the comedian to be "canceled." Of course.

At one point he talked about how white women had managed to hijack the "woke" movement from Black and brown people.

"Somehow," he started, "white women swung their coochie-booted feet over the fence of oppression and stuck themselves at the front of the line... I don't know how they did it!" Me neither, Bill, me neither.

"The nerve of you white women!" He said, looking straight at the camera.

And upon hearing the phrase, the entire audience was left scandalized.

But it only got worse from there as he also said that these white women decided to stand by "toxic, white men" and then "roll around in blood money" and just to take things one step further said that they also "occasionally ran off to hook up with a Black guy", later insinuating that the affair always ended up with accusing them of r*pe.

If that made you feel uncomfortable, you probably don't want to hear the rest.

Because it just gets worse... Kind of.

He talked about cancel culture, saying "they're running out of people to cancel."

I mean, if they deserve it, they deserve it. But sometimes, cancel culture can be a bit much, right? How did I stumble across people canceling Jesus on Twitter? What? Millenials, eh?

But it's this part that got people the most...

When Burr started talking about the LGBTQ+ community.

He started telling us a story about how he came back to New York after a while...

And noticed all these people crowding the streets and wondered why. After asking a doorman what was going on, he found out that it was Pride Month to which he replied "What's that?" Weird flex, but okay, we'll go with it.

But then he referred to people that celebrate Pride Month as people that wear tank-tops and have "70% body fat."

And then he looks out to the audience and asks: "That's a little long, don't you think? For a group of people that were never enslaved..." I knew where this was going... and yikes. Here we are.

The audience seemed reluctant to laugh at that point... but he did get a few chuckles.

However, it wasn't the audience's reaction that was the main cause of concern... It was Twitter. It literally exploded.

@nbcsnl My problem with Bill Burr is that he'll make very valid points and then completely fuck up his own argument… https://t.co/Af5HGpqarV
— Lizy stays tf home (@Lizy stays tf home)1602413077.0

Take a look for yourselves:

Keep scrolling for a moment that will go down in SNL history... and it may or may not include Jason Momoa...