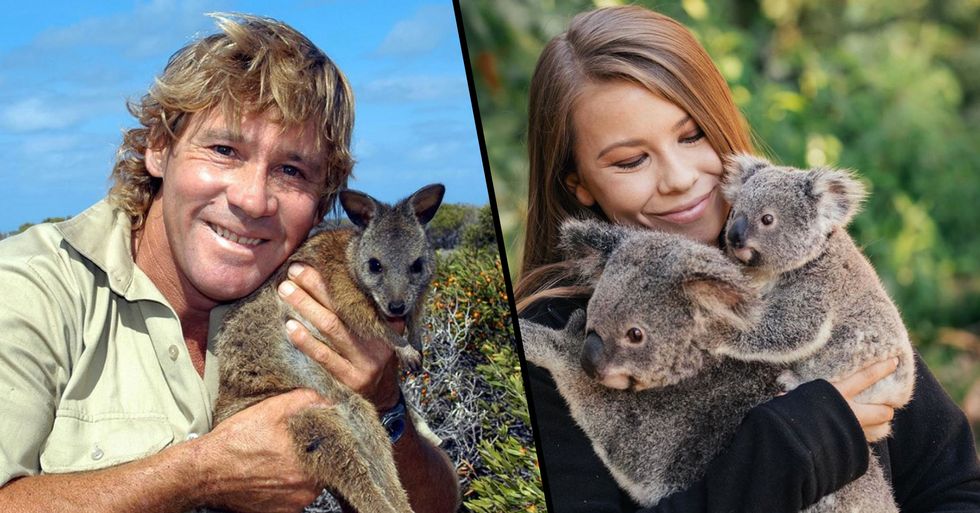 Keep scrolling for the full story, including the full scale of the devastation.

The BBC reported that more than 100 bush fires continue to burn in populated coastal and inland regions to the city's north.

There seems to be no end to the blazes. And those who escaped the flames have lost their homes, with all their possessions perishing to the flames.

Over a billion animals have died.

Ecologists from the University of Sydney have said that it's thought over a billion mammals, birds, and reptiles have died since September.

"With so many devastating fires within Australia, my heart breaks for the people and wildlife who have lost so much. I wanted to let you know that we are SAFE. There are no fires near us @AustraliaZoo or our conservation properties." Keep scrolling to see Bindi's latest, emotional Instagram post.

The Irwins have promised to continue fighting for the animals.

"My parents dedicated our Australia Zoo Wildlife Hospital to my beautiful grandmother." She wrote, "We will continue to honor her by being Wildlife Warriors and saving as many lives as we can."

The Irwin's facility is catering to a variety of different animals.

There are possums, birds, koalas, kangaroos, platypus, and many other types of animals and reptiles being cared for and nursed back to health at their purpose-built facility.

But, despite their remarkable work...

It is still an undeniably heartbreaking situation, and Steve's youngest child, Robert, sixteen, became visibly emotional while discussing their work on Monday on live TV.

It was a difficult watch.

Robert, alongside his mom, Terri, appeared live on Australia's Sunrise breakfast show to discuss the catastrophic effects the bushfires have had on the native wildlife.

They explained how the fate of the koalas, in particular, isn't looking good.

"Their instinct is to go up," Terri explained when asked about the Koala's chances of survival. "Safety is in the top of the tree. But in the hot fire, the eucalyptus trees have so much oil in their leaves that they ignite and actually explode."

Terri went on to explain how the koalas are suffering horrific deaths...

"Being able to treat and help koalas is few and far between because they're basically incinerated, which is absolutely heartbreaking."

And, all while Terri was explaining the koala's sorry fates...

Robert stood alongside her, nodding solemnly and looking on the verge of tears.

The teen suddenly became choked up.

"It's definitely an ongoing issue and we're just trying to do our best to help in any way we can," Robert explained, as he fought back tears.

Robert's face said it all.

"Being able to treat and help koalas is few and far between because they're basically incinerated" Terri Irwin cha… https://t.co/jgTbMQ95Pf
— Sunrise (@Sunrise)1578260749.0

"But it's a pretty tough situation. We're absolutely heartbroken." You can watch a snippet from their interview above.

People were quick to take to Twitter to praise the teen...

@RobertIrwin There truly needs to be more people like you on this planet. Your spirit just inspires so many.
— The Deakins (@The Deakins)1578294516.0

And many noted how Robert is a fine example to the younger generation.

But everyone was saying the same thing...

Steve would be so proud.

Amid the horrific bushfires, Bindi told her followers how much she wished her Dad was here. "Dad spent his life working so hard to protect wildlife and wild places, especially in Australia."

"I wish he was here right now to give advice and strength during this time of devastation with the bushfires."

Steve will be looking down on his family.

"I know that his spirit lives on through our conservation work and I hope together we can make him proud." Heartbreaking. Want the latest on the bushfire crisis? Scroll on for the pictures that are truly summing up just how harrowing the blazes are.