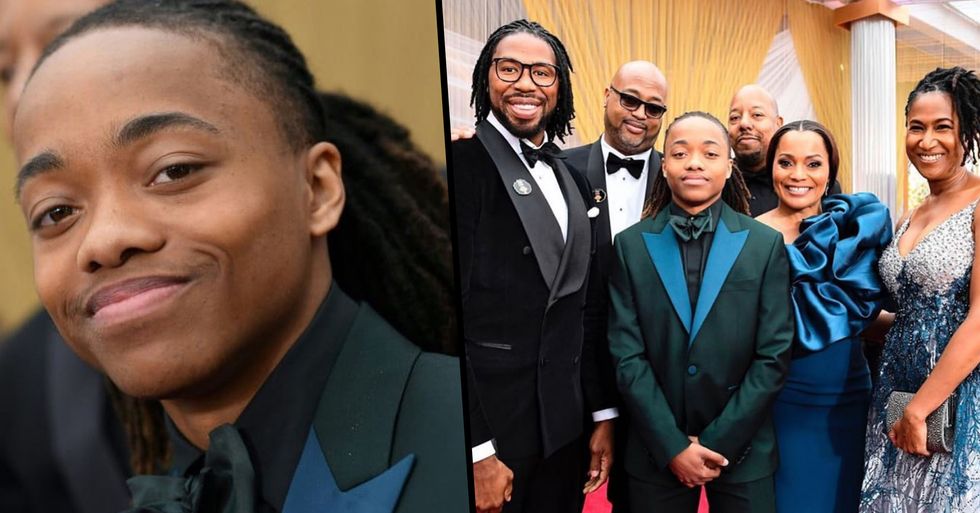 But one of the most-talked-about moments of the evening came courtesy of DeAndre Arnold. Keep scrolling to learn more...

Especially when it comes to the 9 flicks that went head to head in the "Best Picture" category.

Joaquin was far from the only person who made a statement yesterday.

DeAndre Arnold, a Texas high school student, recently hit the headlines after he was suspended and banned from both his high school prom and graduation unless he cut his dreadlocks.

And caught the attention of activists and celebs alike who rushed to the teen's defense and encouraged him to take a stand against his school's blatant discrimination.

And, ahead of the Oscars, his story reached director, Matthew A. Cherry.

Cherry bagged the award for Best Animated Short Film for his movie, Hair Love, which tells the story of a black father learning to style his daughter's natural hair.

Arnold was invited to the Oscars along with his mother by Cherry.

And in a brilliant turn of events, the eighteen-year-old proudly rocked up donning his dreadlocks at one of the biggest events in the world.

Arnold was left shocked by the attention his story got.

"I'm so grateful. I never expected any of this," he told Refinery29. "The message of that movie and my message go together so well. I think it's really amazing how they reached out to me and how we can fight this together."

Together, Cherry and Arnold are advocating for the nationwide passage of The CROWN Act.

The legislation, authored by California Senator Holly J. Mitchell, will make it illegal to discriminate against black people for wearing their natural hair in the workplace or at school. Currently, the law has only been passed in New Jersey, California, and New York.

His Oscar appearance isn't the only celebrity support Arnold has received...

He was recently invited to appear on The Ellen Show where the popular host surprised him with a $20,000 scholarship from Alicia Keys.

Arnold says the scholarship will help him pursue his dream of becoming a veterinarian...

"When Ellen said that school is supposed to be where you learn about cultures — not learn how to shut out cultures — that really stuck with me," he explained. "The most exciting [thing] is seeing all the people that are on my side. I thought it would be a lot more hate than support." Want to read more about last night's Oscars? Keep scrolling to find out more about the "secret message" hidden in Natalie Portman's outfit.