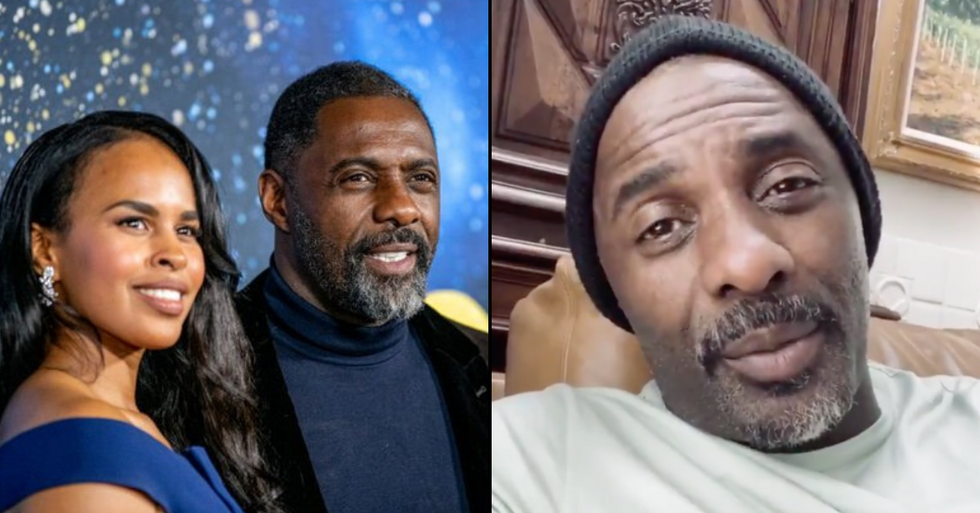 Today, Idris Elba has made a suggestion that we should quarantine annually, and it certainly hasn't gone down well with fans...

On the 16th of March, he announced that he had tested positive.

The British actor took to Twitter to announce his diagnosis.

In the video, where he was accompanied by his wife, Sabrina, Idris explained how he had actually experienced no symptoms. “I had no symptoms, but I got tested because I realized I was exposed to someone who had also tested positive."

And, sadly, his hunch was correct...

“This morning I tested positive for [the virus]. I feel ok, I have no symptoms so far but have been isolated since I found out about my possible exposure to the virus."

His wife Sabrina remained close by his side throughout the video, therefore putting herself at risk of catching the illness herself.

This wasn't a shock at all for fans...

And the couple appeared on a live-streamed chat with Oprah Winfrey to discuss the diagnosis.

The pair appeared to be in good spirits...

Sabrina told Oprah that she had a "wife's instinct" and she "wanted to be with him," which obviously lead her to catching the virus.

"I don't feel anything that would come to what people would now expect to be a symptom of [the virus], which is really strange. It might change in the coming weeks, and we'll keep everyone updated," she said.

But it seems that Idris has a pretty good theory about where the virus has come from...

“One of the upsides of this whole drama is that we are forced to think together as a race," Idris explained.

Idris then went on to explain how he blames the human race for this outbreak...

“Our world has been taking a kicking. We have damaged our world and it’s no surprise that our world is reacting to the human race," he said.

It seems that Idris and Sabrina have simply taken their diagnosis in their strides and they are both maintaining positive attitudes - which is so inspiring to see.

Idris has made sure to keep fans updated as much as possible...

And he regularly takes to twitter to film his updates.

The star has overcome the illness and started out by expressing his gratitude.

“Take it from me, man, I thought I was definitely going to see the worst of it as an asthmatic but thankfully I came through and you can too," he said.

He then offered some words of encouragement to those worried about the virus.

"I hope you guys are too, keeping yourselves sane and not getting too worried and too panicked."

But, his latest suggestion hasn't gone down so well.

The actor said that he thinks the world should go into quarantine every year for a week to serve as a reminder of the pandemic.

Speaking to the Associated Press, the the star said: "You know, everyone's sort of feeling the way we have been feeling, but it has definitely been sort of just a complete upheaval. "I think that the world should take a week of quarantine every year just to remember this time. Remember each other. I really do. "I think it's... other species use it. It's called hibernation. But it does remind you that the world doesn't tick on your time."

And people weren't happy, to say the least.

"The sort of thing rich celebs with big houses say when they have no notion of how difficult this is for a lot of people."

People are well and truly furious with the star.

With many declaring how easy it is for people with tons of money to talk. "Imagine being so disconnected you think everyone in the world, especially after this, can just take a casual week off work."

This was definitely not a great move...

"What a shame, I quite liked him, he has just shown himself up to be another virtue signaling celebrity with no grip on what the real world is about, never mind," wrote one user. "In that case we should spend 6 weeks out of each year on rations, having air raid sirens and putting up blackout curtains to remember the six years of WW2," commented another. Oh dear... For more like this, keep scrolling to find out why fans are furious with a group of celebs and a video they posted amid the pandemic...