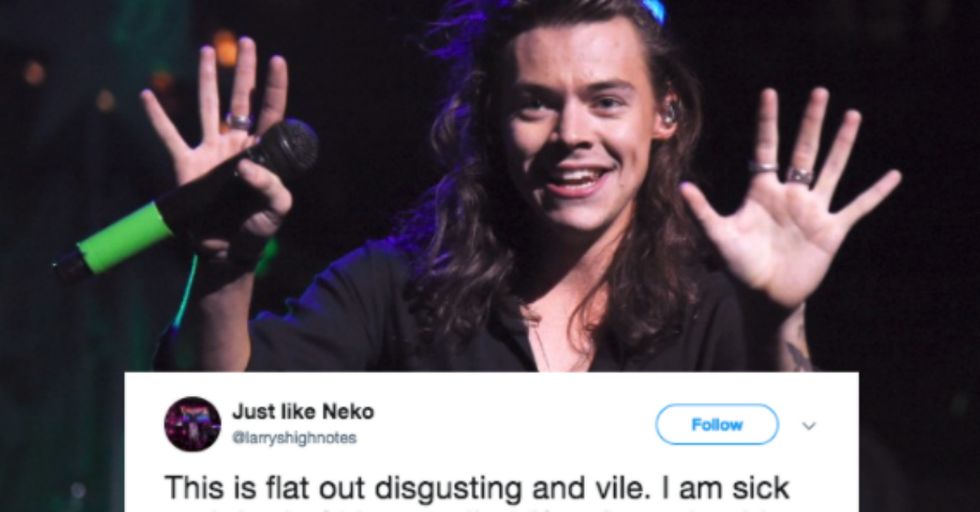 Many people long to be famous, but most people aren't fully aware of just how taxing that fame can be. The biggest movie stars and musicians regularly have their privacy invaded, whether it's by paparazzi or overzealous fans. At last night's We Can Survive concert in Hollywood, one fan of former One Direction singer Harry Styles took things way too far. In the wake of the incident, Styles' fans have taken to Twitter to show their respect for the singer.

Last night, Harry Styles performed a set at the We Can Survive concert in Hollywood.

The event was created to benefit breast cancer research and featured a number of other artists including Ke$ha, Lorde, Macklemore, and Khalid.

While performing the song "Kiwi," Styles knelt down at the edge of the stage. It was then that one of his fans got too aggressive. Videos of the incident have been shared by a number of concert attendees.

As Styles knelt down, one eager fan reached directly for his crotch. Styles immediately grabbed the hand and pushed it away before quickly getting up and moving to the other side of the stage.

Styles' fans were outraged that a fan had so blatantly disrespected him.

It’s sad that we still have to do these trends cause people still can’t respect Harry. Call this what it is. Sexual assault #RespectHarry
— NoControlProjec (@NoControlProjec)1508691398.0

The hashtag #RespectHarry began trending after the incident as a way for fans to share their outrage.

While the specific fan has not been identified, the vast majority of Styles' fans have proven that they're not in the business of sexually assaulting their favorite musician.

Let this be a lesson to you. Next time you're at a Harry Styles concert, don't assume you can grope him just because he's within arm's reach. Be more like this girl:

In fact, feel free to adopt this strategy with people besides Harry Styles, too. Don't grope people. Come on. Be cool.